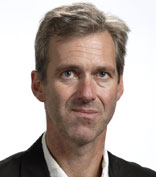 Title of Keynote: Holocaust Legacies: The Transmission of Trauma and Postmemory.

In discussions of second and third generation Holocaust literature and testimony, it is an accepted idea that the trauma of Holocaust survivors is often transmitted from the first to the second and later generations. I will analyze the "problems" of the second generation in order to see if their problems can be understood in terms of the trauma of the first generation. I will do this on the basis of literary testimonies, namely Eva Hofmann's After such Knowledge: Where Memory of the Holocaust Ends and History Begins and Carl Friedman's Nightfather.

Ernst van Alphen is Professor of Literary Studies at Leiden University, The Netherlands.. His publications in English include Staging the Archive: Art and Photography in Times of New Media (Reaktion Books 2014), Art in Mind: How Contemporary Images Shape Thought (University of Chicago Press 2005), Armando: Shaping Memory (NAi Publishers 2000) Caught By History: Holocaust Effects In Contemporary Art, Literature, and Theory (Stanford U.P 1997) and Francis Bacon and The Loss of Self (Harvard U.P 1995) 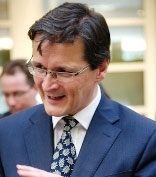 Title of Keynote: Translating Pain: from Expression to Ethics in Genocide Testimony.

Elaine Scarry's claim that the essential inexpressibility of pain generates political and representational consequences is reviewed critically against key texts that recall or represent painful memory and atrocity. Translation is here appreciated as both a trans-linguistic act and a value-laden transposition. In order to isolate the taxonomies that underpin categorisations of genocide even to the extent of commanding universalist representation, the writings and memorialist mechanisms reviewed concern the Shoah, the Algerian war of independence, the Rwandan genocide, and the Cambodian genocide. Key texts interrogated include Wiesel's Night, Guyotat's Eden Eden Eden, Jean Hatzfeld's trilogy, and the work of Rithy Panh.

Seán Hand is the founding Head of the School of Modern Languages and Cultures, and Professor of French, at the University of Warwick, UK. He is the author of Emmanuel Levinas (Routledge, 2008), Alter Ego: The Critical Writings of Michel Leiris (Legenda, 2004), and Michel Leiris: Writing the Self (Cambridge University Press, 2002). He has edited Post-Holocaust France and the Jews 1945-1955 (NYU Press, 2015), Facing the Other: the Ethics of Emmanuel Levinas (Routledge, 1996), and The Levinas Reader (Blackwell, 1989); and translated Eric Blondel, Nietzsche. The Body and Culture (Athlone, 1991), Emmanuel Levinas, Difficult Freedom. Essays on Judaism, (Johns Hopkins, 1990), and Gilles Deleuze, Foucault (Continuum, 1988). He is a Chevalier des Palmes Académiques, a Senior Fellow of the UK Higher Education Academy, a Fellow of the UK Royal Society of Arts and of the UK Chartered Institute of Linguists, and a member of the Academia Europaea. 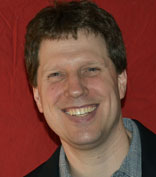 Denial that genocide either occurred or were attempted is a common feature of post-genocidal societies. Denial that genocide occurred in Rwanda was in evidence from the time genocide ended (and, indeed, has its roots in the mobilizational logic of the genocide itself).  Over two decades later, genocide denial in various forms continues.  The government of Rwanda is highly attuned to the phenomenon, categorizing genocide denial as, per the dominant strain of literature, part of the genocidal process itself.  It has responded with institutions, policies, and  rhetoric against genocide denial and deniers. The focus on genocide denial also serves a political purpose.  Consequently, the government’s anti-denial campaign deserves scrutiny. This talk will consider whether its efforts are effective, and what their prospects,
benefits, and costs seem to be.

David J. Simon is a Lecturer, Associate Chair, and Director of Undergraduate Studies in the Department of Political Science at Yale University. He directs Yale's Genocide Studies Program, as well as that program's Rwandan Genocide Project. He is the Director of Graduate Study for the African Studies program at Yale, and he frequently serves as a consultant for the United Nations Office for the Prevention of Genocide and the Responsibility to Protect.

Dr. Simon's work addresses international efforts to prevent mass atrocities, as well as the political challenges of post-conflict situations, particularly in Africa. He graduated from Princeton University in 1991 with a bachelor's degree in public policy. He earned his doctorate in political science from the University of California, Los Angeles in 2000. Prior to coming to Yale, he held a post-graduate fellowship at the Kennedy School of Government at Harvard University.