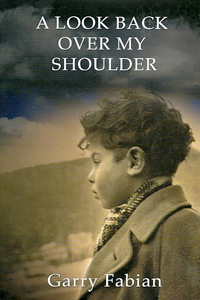 Garry Fabian presents an entire life autobiography. Fabian’s opening account deals with his pre-war life and his family’s struggle to avoid anti-semitism. As a result of the Nuremberg laws, the Fabian family travelled between Germany, Czechoslovakia, Slovakia and Moravia in order to avoid persecution. The initial 28 page narrative is centred on Fabian’s four years of life in Prague. Following this is a 14 page account of his experiences as a child in the Theresienstadt ghetto between 1942 and 1945. The concluding 55 pages detail his post-war migration from Czechoslovakia to Australia, the latter being the focus of his ‘new’ life. Garry wrote this book at the age of 68 at the insistence of his two daughters who urged their father to record his experiences. Garry’s memoir was published by the Makor Jewish Community Library in 2002 as part of the ‘write your story’ project.

Born Gerhard Fabian in Stuttgart, Germany on 11th January 1934, Garry’s early years of life were spent travelling between countries to avoid persecution by the Nazis. In 1935 his family moved to Bodenback, Czechoslovakia, to avoid the ramifications of the Nuremberg Laws. With news of Germany’s annexation of Czechoslovakia, Garry and his mother travelled to Trenchin in Slovakia, then to Brno in Moravia to meet his father, then finally travelled to Prague by the end of 1938. Life in Prague was difficult for his family and they were forced to live under false documents. A steady income was generated by Garry’s father’s ‘illegal’ employment as a chauffeur, and the sale of his mother’s hand-made items. During this time, Garry did not attend school but received private tuition. Life was difficult, however worse was to come.

In November 1942, Garry and his family were deported to the Theresienstadt ghetto, established a year earlier in order to house those considered ‘undesirables’ by the Nazi regime. There the Fabian family were confronted with filthy living quarters, disease infested conditions and a diet that resulted in malnutrition. Garry endured, in succession, the measles, chicken pox and whooping cough. Intially, Garry wandered the camp aimlessly, but was later put to work in the tailoring shop. In time, he came to understand the culture that had developed in the camp and even gained an invaluable education provided by an elderly teacher. In May 1945, the ghetto was liberated by the Russian Army. Out of 15,000 children that entered the ghetto only 150 survived, including Garry. His parents also survived. Although luck played a large part in their survival, Garry’s father was in charge of the medical supply store and was classified as ‘essential’.

After liberation, Garry and his family emigrated to Australia in 1947. Garry attended school and later obtained a junior technical certificate that provided him with an electrical apprenticeship for five years until 1955. In 1956, Garry enlisted in the Australian Navy for a compulsory six months. In 1958 he became engaged to Evelyn Schlesinger and took over his father’s business, as his father had died that year. Over the years Garry has held many jobs whilst supporting his wife and two daughters.

Fabian’s autobiography details life in the Theresienstadt ghetto and his ‘new life’ in Australia post-war. Garry’s description of a child’s life in the ghetto opens an unknown world to the reader. Fabian’s responsibilities and actions as an 8-11 year old in the ghetto are poignant and revealing, demonstrating how a child’s life was shaped by the Nazi regime. Written in a clear and direct style, and in chronological order, this narrative presents an important account of a life deeply affected by the Holocaust, but not defeated by it.