The Jewish and Islamic intellectual and spiritual traditions are deeply intertwined with one another. Early Islam inherited the Israelite prophetic tradition and drew upon Judaism in the realms of its religious practice, literary narratives, and moral and ethical vision. Judaism was in turn transformed by its encounter with Islam: Jews adopted new literary genres, engaged deeply with Islamic philosophy and mysticism, and were inspired by aspects of Islamic practice. For almost a millennium, Jews in the Islamic world wrote primarily in Arabic.

The Jewish-Muslim Forum’s aim is to explore the common intellectual and spiritual heritage of Islam and Judaism, with a focus on the highest expressions of Jewish and Islamic philosophical and mystical thought. We aim to identify points of contact, commonality, and conversation between classical Jewish and Islamic texts, and to provide a forum to discuss this material in an accessible way that can reach and engage with a range of communities within and beyond the academy. 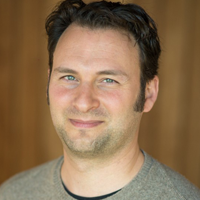 Raphael’s research focuses on the reception of Islamic philosophy and mysticism among medieval Jewish thinkers. Bridging the worlds of Jewish and Islamic thought, he has a particular interest in the Jewish Sufi movement of late medieval Egypt and the Levant. He received his PhD from the University of Chicago. 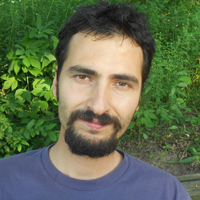 Aydogan’s primary research field is medieval mysticism, theology, and philosophy under Muslim rule. He is particularly interested in understanding the interactions between Jewish and Muslim intellectual histories. He is serving as the Director of the Ibn Arabi Interreligious Research Initiative, and the Coordinator of the Islamic Studies Program at Monash. 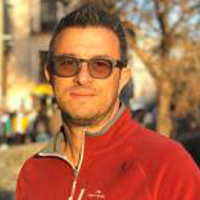 Nathan Wolski’s research focuses on diverse aspects of Jewish mysticism, particularly as represented in the Zohar, the major work of the classical Kabbalah. He is interested in the intersection between Kabbalah and Islamic science, philosophy, and mysticism.

“Between Intellect and Intoxication: An Exploration of Tanḥum Ha-Yerushalmi's Commentary to the Book of Jonah”, The Jewish Quarterly Review, vol. 105, no. 1, 2015, pp. 42–71.

Tanḥum ha-Yerushalmi (d.1291, Egypt) was a biblical interpreter, a linguist, a philosopher and a mystic. His commentaries on the Hebrew Bible engage deeply with the Islamic philosophical tradition and Sufism. As well as providing us with an insight into the inner world of a profound and original thinker, his works shed light on Jewish culture in the Islamic world in the Late Medieval Period – a fascinating chapter of history that remains poorly understood.

Unsaying God is the first in-depth study of the negative theological movements that flourished in the first seven centuries of Islam. Expanding its scope to Jewish intellectuals, the book displays that religious boundaries were easily transgressed as scholars from diverse sectarian or religious backgrounds could adopt similar paths of negative speech on God. It demonstrates that negative theologies were an integral component of a shared, interconfessional intellectual heritage.

According to the Zohar, the most important work of the classical Kabbalah, in prayer the soul of the mystic ascends through seven celestial halls or palaces as part of its quest to unify the male and female aspects of divinity, and thereby stimulates Ein Sof, the infinite aspect of divinity to pour down its bounty. This article argues that the ascent is accomplished through pressing on the eyeball to generate phosphenes and associated entoptic phenomena, and contributes to the growing appreciation of “ecstatic” states in the theosophical Kabbalah.

Transcending Boundaries: Jews and Muslims in the Medieval World

Jewish and Muslim intellectual cultures are deeply enmeshed: they developed in conversation with one another, and the echoes of that dialogue can be detected in Islamic and Jewish thought to this day. This event, featuring presentations by Raphael Dascalu and Aydogan Kars, will provide a closer look at some examples of Jewish-Muslim intellectual exchange in the medieval period, and raise the question of how this history might point us towards more robust and fruitful interreligious and intercultural dialogue in the present.

The period following the death of Maimonides (Egypt, 1204) is one of the most surprising and fascinating in Jewish history. Over roughly three centuries between Maimonides' death and the arrival of large numbers of Jews exiled from Spain, Jews in the Islamic world engaged deeply with Islamic philosophy and mysticism, and produced new forms of literature and practice. In this session we will explore this period, some of its central thinkers, and the reasons that it was until recently almost entirely forgotten.

Professor Paul Fenton
Professor of Hebrew and Jewish Studies, Department of Arabic and Hebrew Studies at the Université Paris-Sorbonne

Professor Fenton was a guest at a workshop at Monash University organised by Raphael Dascalu in 2017. This was a public lecture delivered as part of the program.

"Jewish Encounters with Sufism in the Late Medieval Period"