Translating Pain: An International Forum on Language, Text and Suffering

Pain is a universal element of human existence but it is also one that all too often eludesdefinition and description. In her pioneering work, Elaine Scarry argues that pain defieslanguage: “physical pain does not simply resist language, but actively destroys it, bringingabout an immediate reversion to a state anterior to language, to the sounds and cries a human being makes before language is learned.” And yet physical as well as psychological pain requires if not demands translation into language broadly defined, whether in academic research; individual and communal accounts of suffering; medical reports; legal trials; performance and visual arts; and a host of other contexts.

On 10-12 August 2015, Monash University (in partnership with the University of Warwick) ran a forum in Melbourne, Australia focused on the translation of pain acrossmultiple historical and disciplinary perspectives. The forum consisted of a series ofkeynote lectures, a small academic symposium, and a larger academic conference. The events were co-sponsored by the Mobility, Translation and Identity Network, the Australian Centre for Jewish Civilisation and the Research Program in Global History.

For the conference, which was held on 12 August, we invited submissions that explore such questions as:

* What constitutes pain and suffering as categories of scholarly analysis? How do theyextend beyond the linguistic realm to other forms of expression?* How are pain or suffering represented in historical archives?* What are the challenges and possibilities involved in examining pain and sufferingacross historical distance as well as diverse national and cultural contexts?* Can pain, as experienced in individual or collective terms, and including experiencesof mass violence and genocide, be translated into language and other forms ofexpression?* How can the study of the translation of pain inform current debates and practices asthey pertain to issues including, though not limited to: legal studies and applications;medical and disability studies, rights, and activism; state and non-state forms ofterrorism and torture; gendered violence; struggles for indigenous rights; andgenocide and mass violence?Individual proposals should consist of an abstract (around 200-300 words) for a paper of 20 minutes duration. 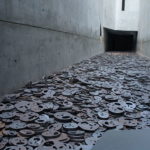 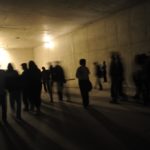