In October 2016, acclaimed Professor Stephen Hawking warned against the rapid development of artificial intelligence, saying that “the rise of powerful AI will be either the best, or the worst thing, ever to happen to humanity,” and predicting that robots could develop “powerful autonomous weapons” or new methods to “oppress the many.” 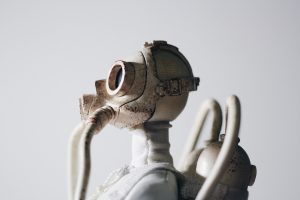 The threat of lethal autonomous robots is a reality that people all around the world already use, including bomb disposal robots and attack drones in the US military, which is currently considering plans to employ thousands of robots by 2025. Every day, robot butlers and home AI systems are already being rolled out as consumer goods in countries like Japan and the US. Not just for the home, these robots hold down jobs in hotels and aged care facilities. In 2015 toy company Hasbro invented a robotic cat, called Joy for All Companion Pets, to act as an alternative to therapy animals in nursing homes and retirement facilities.

Although reviews of robotic therapy pets, such as Paro the Robo-Seal, have been somewhat positive (care homes with Paro don't need to worry about allergies, scratches, or feeding), this hasn't stopped the device from causing an ethical dilemma. Questions have been raised over how humane it is to entrust providing a person's emotional support to a robot.

For Professor Rob Sparrow in Monash's School of Philosophical, Historical and International Studies, this is just one of the many examples where philosophical arguments can have real-world implications. His research tackles the ethics of new science and technology, including the use of domestic robots and the future of autonomous robots in the military. Professor Sparrow also wrote one of the first papers on autonomous weapon systems and co-founded the International Committee for Robot Arms Control, which brought about an international campaign to stop killer robots. He is also a Chief Investigator in the Australian Research Council Centre of Excellence for Electromaterials Science looking at the ethical and policy issues arising from the creation of structured nanomaterials, like artificial organs. He says that through our discussion about robots, we're really talking about what it means to be human.

Listen to our interview with Professor Rob Sparrow about the ethics of robotics and human enhancement.