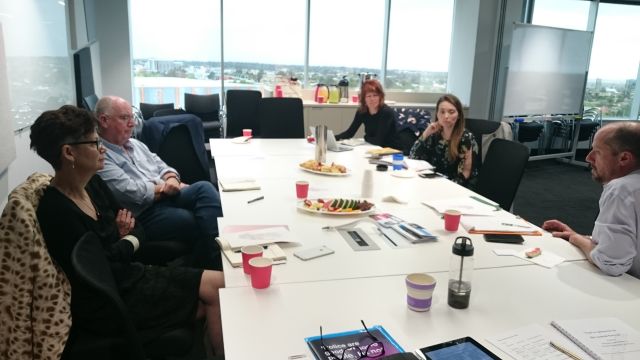 BOb’s Associate Professor Leanne Weber has hosted a Policing, Accountability and Inclusion workshop in conjunction with the visit of former Northern Ireland Police Ombudsman Dr Michael Maguire to the School of Social Sciences at Monash. The small event brought together key researchers from Monash and Melbourne Universities and representatives from the Springvale Monash Legal Service and Flemington and Kensington Community Legal Centre to discuss research and advocacy on current policing issues. The discussion covered research on police and the media, policing and belonging, policing family violence and young people and policing in Northern Ireland. The lack of an independent police complaints mechanism in Victoria and failure of the state government to respond to the recommendations of the IBACC Inquiry dominated the discussion on police accountability. Dr Maguire was able to provide valuable information about the operation of the Northern Ireland system, which is often cited as an example of best practice. Professor Jude McCulloch introduced a unique perspective to the discussion, arguing that - as a settler society yet to come to terms with its colonial past - Australia, like Northern Ireland, could be considered to be in a post-conflict setting, and suggested that major police reform and accountability measures could be incorporated into ongoing Treaty negotiations. Thanks to Professor McCulloch for enabling this event to be included in Dr Maguire’s Melbourne itinerary.