From DFAT to KPMG: Catherine shines a light on gender diversity and national security 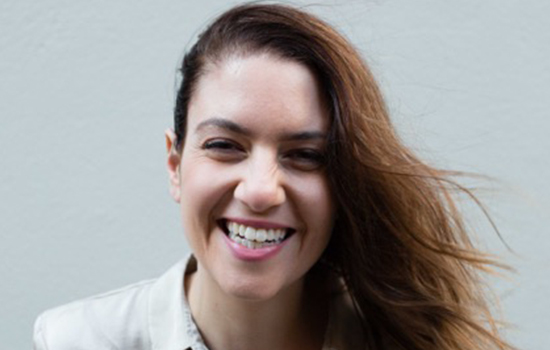 Since graduating from Monash with a Bachelor of Arts and Graduate Certificate in International Relations, Catherine Kimonides has had an amazing career that has taken her around the world: from her internship with the Department of Foreign Affairs and Trade (DFAT) in Canberra, to several positions with the Department of Defence in locations including Korea, Japan, Timor Leste and Afghanistan. She currently consults in national security, diversity and transformational change at KPMG Australia.

In this interview, Catherine talks about the benefits of studying an Arts degree, the value of gender equality and the importance of following your passion. 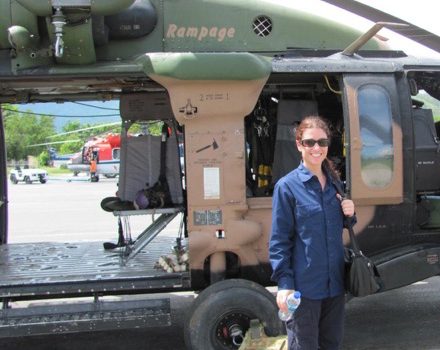 What inspired you to study an Arts degree at Monash?

I loved politics, history and international studies at school. Monash really attracted me because their historical studies department was so well renowned. I think the variety of an Arts degree was so appealing because you can study so many things under the Faculty of Arts. It felt so indulgent because you can just learn and see where your passions take you. I enjoyed every minute.

What did you take from your degree into your career or personal life?

My degree was perfect for the roles I ended up in.  When I was studying, people would say: what are you going to do with that? How will that help you get a job? I could not have done [my roles] without it.

I’ve used [the knowledge I gained in historical studies] ever since, particularly in the analytical roles I’ve had. It really gave me the grounding to do the political and military analysis I did for the Defence Department so having that ability to write, to analyse history and think about what could come next and identify trends and patterns, all of that came really from my Arts degree.

I also had the most amazing lecturers in 20th century history, WW2 history and Holocaust studies and they’re enduring interests to me even now. I’m writing a book at the moment, it’s historical fiction but based on my grandfather’s experience during the Second World War in Poland. I didn’t know how much I’d love history in that way and the depth of it until I got [to Monash] and had those lecturers and I was also surrounded by really amazing tutors in the history department as well. Really passionate people who encouraged me to explore my interests.

You chose to source your own internship to take as part of your Arts degree here – what was it like at the Department of Foreign Affairs and Trade (DFAT)?

It was amazing. It’s a program that’s still running called Australian National Internships Program. When I interned at DFAT, I wrote a paper for what their work need was at the time, on Australia’s relationship with Japan in the lead up to WW2, which was a perfect fit with my study in history. I gained academic credit for doing the internship, and the paper formed part of my thesis for the subject. I lived in Canberra for it and it was unpaid so a bit of a stretch sometimes, but it cemented for me what I wanted to do – to work with Federal Government. 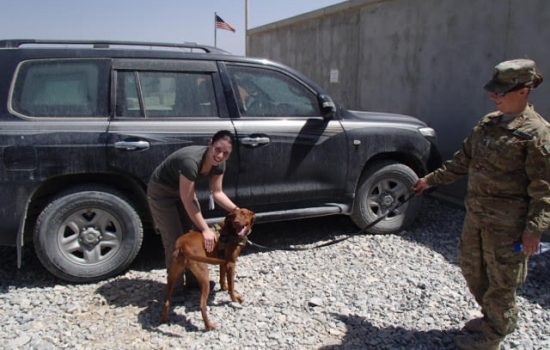 What has been a highlight of your career?

I think [my] experiences [with the Defence Department] in Timor and Afghanistan and the great people I’ve worked with – whether in Canberra or overseas – they really shape who you are. Particularly my experiences in Timor shaped who I am as a leader; it was quite challenging at times and I got used to having difficult conversations. I think I really became a much stronger person – I just had to. You just have to get on with it.

When I was in Afghanistan, I led a large 40-person multinational team. We had people from all different NATO countries, France, Italy, Netherlands, Norway, America of course, and the cross-cultural awareness and sensitivity really helped. I learnt a lot about that at university – how different contexts will change the way you need to communicate.

Understanding and empathising with different people and cultures is a theme that has run throughout my career to date – a commitment to diversity and the value of teams made up of people with different experiences and perspectives brings.

Why is your commitment to gender equality so important and what are your hopes for the future in this area?

I have found that, unfortunately, women in male dominated environments often face particular challenges, and there’s much evidence and research to support this, particularly in terms of unconscious bias. I just don’t believe that this should be allowed to continue, and that’s why I’m such a passionate advocate for gender equality. My fervent hope is that girls, in particular, but anyone, regardless of their gender, will be able to pursue whatever career they wish and have the best chance to succeed. In national security fields, the contribution of women is immense, but they are the minority, and there are too few in senior leadership roles. We need to ensure women are represented at every level and in decision making arenas. If I ever have a daughter, I want to know that if she wants to go and command a tank, her gender will not stop her. Thankfully, many of the structural barriers have been removed to women serving in such roles, but there’s still too many informal barriers for women to overcome and succeed in male dominated fields. I want to know that she won’t have to deal with sexual harassment or sexual assault at work; all the awful things that we’re hearing so much about this year; or if it does happen, that her workplace will not tolerate it. The OECD estimated that gender parity wouldn’t be achieved for another 178 years – I don’t want to wait 178 years.

What advice do you have for students about to embark on their study or career journeys? I think you’ve got to find something you’re passionate about because at the end of the day you spend so much more time at work than you do with your loved ones or on holiday. I feel that you have to like what you do; if you can, love it. [It should] fulfil you and meet your needs in some way. I truly believe if you’re passionate about something you should stick with it. I couldn’t think of anything worse than an unfulfilled life or regrets, so find a passion and follow it. There’s such a focus on making money and doing a job that other people think is good, but if you’re not satisfied doing it then I don’t believe it’s worth it.