This article is part of a series on women, peace and security that The Strategist will be publishing over coming weeks in recognition of International Women’s Day 2019. 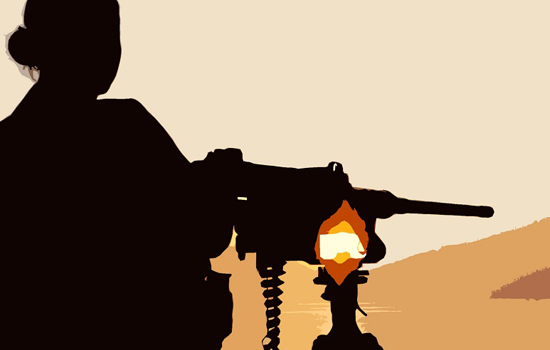 Who would have thought that the most significant force promoting transformation in gender roles would be terrorism? Surprisingly, the treatment of returnees from territories formerly held by Islamic State (‘foreign terrorist fighters’, in UN parlance) is heightening all the gender issues—our unconscious biases and forms of discrimination—that have long been criticised in countries like Australia and at the United Nations.

As the territory controlled by IS has shrunk, many of its members have been captured by Kurdish forces and put into improvised camps. As well as male foreign fighters, inside the camps are many female foreign fighters with young children who want to go back to their home countries. The situation in the camps is dire: there’s little or no medical treatment and no education for the children. The environment is toxic given the high number of IS affiliates that are still highly radicalised. Women, men and children are left in these circumstances with little prospect of rehabilitation, which renders them vulnerable to recruitment or deeper radicalisation.

The repatriation of nationals to their home countries depends more on political will than on actual laws, and the strength of that will varies greatly across countries. Western countries are generally more reluctant to allow the return of foreign fighters. For instance, the United States has said that US-born IS members won’t be permitted to re-enter the US, and Australia and the UK are seeking to revoke the citizenship of dual nationals affiliated with IS. France and Germany have indicated that they might take back children but not their mothers, which is also Russia’s strategy.

Even if they’re repatriated, the treatment of the women remains a complex issue. Gender stereotypes continue to render female terrorists not ‘actual’ terrorists. Belgium, the Netherlands and Germany, for example, have been found to be more lenient with female returnees, demonstrating the gender bias of viewing women as inherent victims rather than perpetrators. Similarly, in Canada, a woman who attempted to travel to Syria to join IS was stopped, but she was not investigated. She carried out an attack a year later.

That mindset started to change in late 2017 in some countries.

Now, across Europe, women are treated as possible perpetrators and are subject to risk assessment and prosecution. There’s virtually no sensitivity to the potential coercion and violence that many female IS members experienced or to the difficulty of escaping from the caliphate once recruited. Although it’s vital to acknowledge that women may orchestrate and perpetrate violence, it’s equally important to understand that women’s roles are not confined to the binary choice between victim and perpetrator.

Women and girls can be simultaneously victims of sexual or gender-based violence, recruiters, fundraisers and perpetrators—and IS understands that. It has become adept at manipulating gender relations—both women’s empowerment and their enslavement—to its strategic advantage.

The female foreign fighters who are trapped in the camps in northern Syria have also been using gender stereotypes to try to advance their agendas. When interacting with journalists, they provide a simplistic narrative of being an ‘IS bride’ or ‘just a housewife’, underlining their innocence. These narratives fit well with the assumed political agency—or the lack of it—of women involved in violent extremism, particularly Muslim women.

Yes, IS and its affiliates have systematically targeted teenage girls for recruitment, which has been compared to ‘child sexual exploitation and grooming’. And as we learned in our research on Libya, women left ‘on the shelf’ have also been targeted for recruitment. But we need to appreciate the complexity of the context and not accept narratives of victimhood. Women have played an integral part in IS’s state-building campaign. They have unique roles in inculcating ideology and some have facilitated atrocities against local communities, including the sexual slavery of Yazidi women.

The entire context needs to be assessed in determining the appropriate treatment of returnees—including one factor that is frequently overlooked. When framing women as perpetrators, we may ignore the sexual and gender-based violence they were subject to. Those experiences need to be processed; however, considering the devotion to the cause, and the shame and stigma that attaches to victims of rape and sexual abuse, it’s questionable whether they will ever come forward or be believed.

Yet the trauma that many of these women experienced urgently needs to be addressed in state rehabilitation and reintegration interventions, not only for the sake of the women, but also because trauma may render them vulnerable to re-radicalisation and thus represents a security threat. As hard as it is to recognise, being a perpetrator or assisting with the perpetration of egregious crimes doesn’t preclude a female IS member from having endured violence or from being a victim.

Experts agree that we can’t arrest our way out of the problem of jihadist radicalisation; the grievances may become inflamed and transferred to the next generation. Effective, gender-responsive rehabilitation measures need to be in place—for children, for men and for women. This involves repatriating the returnees—which could require amendments to legislation—and incorporating a gendered perspective into all aspects of rehabilitation.

We cannot push the problem over the border. Terrorism is a transnational threat and one that can’t be understood without considering its pervasive gender dimension, especially how terror organisations exploit social constructions of masculinity and femininity.

Women and men should be treated as equally likely to commit violence, but treating them equally may not mean treating them the same in all instances, given the gender differences in roles, recruitment strategies, treatment and experiences in terrorist groups like IS. Rather, our responses need to acknowledge the context and incorporate the impact of possible trauma and the complex roles women play in a terrorist group, as well as recognise their agency.

Helen Stenger is a PhD candidate at and Jacqui True is Professor of international relations and Director of Monash University’s Gender, Peace and Security Centre.

Image courtesy of the US Navy.

This article was first published by ASPI The Strategist.