After the Arab Uprisings: The Gendered Geopolitics of Fear and Counter-revolution

This presentation, based on a chapter from my forthcoming book on generations of women’s activism in Egypt, Jordan and Lebanon, examines the gendered dimensions of the counter-revolutionary processes that have unfolded throughout the Arab world in the wake of the 2011 uprisings. Much of the feminist literature on the Arab uprisings have focused on the threats posed to women’s security and rights by both state and non-state actors. This targeting of women’s bodies was indeed an important part of the struggle for power during this period. However, in contrast, this paper explores how women’s fears for their personal and communal security were also mobilized in support of projects of authoritarian restoration.

Based on interviews with women activists across Egypt, Jordan and Lebanon, between 2013 and 2014, the paper examines a ‘geopolitics of fear’ (Pain and Smith 2008; Pain 2009), which, rather than being viewed as a ‘natural’ reaction to events, is understood as constructed in relation to the everyday insecurities produced through dominant gender norms and relations. Importantly, these emotions are not passively experienced but also constitutive of social relations. As Sara Ahmed notes, ‘it is through emotions, or how we respond to objects and others, that surfaces or boundaries are made: the ‘I’ and the ‘we’ are shaped by, and even take the shape of, contact with others’ (Ahmed 2014: 10). The paper argues that women’s narratives of fear have served to reproduce gendered and racialized boundaries between ‘us’ and ‘them’—with the latter cast as political Islamists and refugees. In this regard, fears about women’s rights and personal safety have underwritten the use of exclusionary and coercive measures, and even violence, in the name of protecting ‘us’ from ‘them.’ They have been appropriated by political elites and have contributed to strengthening counterrevolutionary projects of authoritarian restoration and militarization. 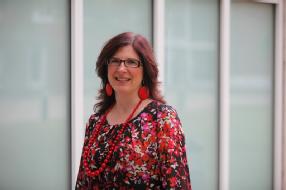 Nicola Pratt is Reader in the Politics and International Studies Department at the University of Warwick, UK. She teaches and researches on the international politics of the Middle East, with a particular interest in feminist approaches as well as ‘politics from below.’ Her work has appeared in Security Dialogue, International Studies Quarterly, Third World Quarterly and Review of International Studies, amongst others. Her most recent article, ‘The Geopolitics of Social Reproduction and Depletion: The Case of Iraq and Palestine’ is co-written with Yasmin Chilmeran of Monash University, appearing in a special section of Social Politics, on Post-conflict Care Economies, edited by Jacqui True (Monash) and Shirin Rai (Warwick). She has also written and co-edited a number of books on women, gender and the Middle East, including, What Kind of Liberation? Women and the Occupation of Iraq (co-authored with Nadje Al-Ali) Rethinking Gender in Revolutions and Resistance: Lessons from the Arab World (co-edited with Maha El Said and Lena Meari). Her forthcoming monograph is entitled, Embodying Geopolitics: Women’s Activism in Egypt, Jordan and Lebanon. She is also Vice President of the British Society for Middle Eastern Studies (BRISMES).