Coronavirus in conflict: The fight has hardly begun

By Eleanor Gordon and Florence Carrot

Covid-19 has brought wealthy nations to their knees. What will happen when the virus breaks out in a war zone? 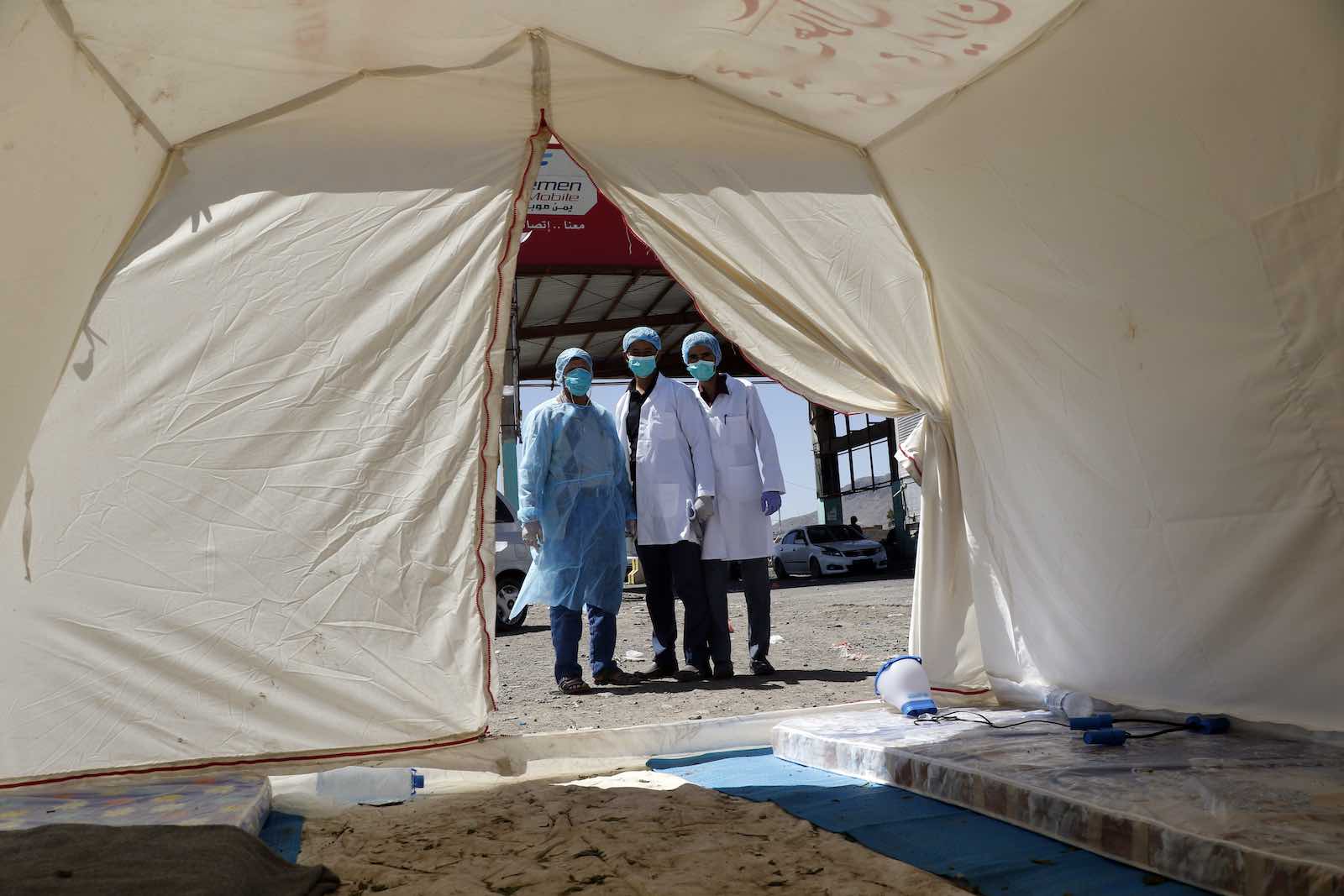 In the face of the Covid-19 pandemic, the mobilising language of war is being used by leaders from UN Secretary-General António Guterres and World Health Organization Director-General Tedros Adhanom Ghebreyesus, to France’s President Emmanuel Macron and British Prime Minister Boris Johnson (now in intensive care ten days after being diagnosed with the coronavirus). While relatively stable and wealthy countries struggle to respond effectively to this threat, how will the world’s actual war zones cope?

The UN Secretary-General António Guterres calls for “the world to come together”, urging global ceasefires because the “only war we should be waging is the war against Covid-19”. But can Covid-19 bring solidarity and peace? Or will it bring further insecurity and violence to places already afflicted by conflict and, in turn, threaten international peace and security as these countries struggle to fight on another front?

Conflict-affected environments are especially vulnerable to the outbreak of infectious diseases, are less likely to be able to identify and respond to outbreaks, and are less equipped to stop their spread within and beyond their often porous borders.

This new “war” is becoming entangled with conflicts in Syria, Lebanon, and Colombia, and threatening to break out in the camps of millions who have fled these and other wars. In Cox’s Bazar, Bangladesh, the fear among the Rohingya in the refugee camps is amplified by lack of information and separation from support networks, and intensified by the month-long effective ban on mobile-phone and internet usage imposed by the government of Bangladesh (the same has happened in Ethiopia, amid reports of government crackdowns on the Oromo Liberation Front). In Moria camp on Lesbos, Greece, asylum seekers cannot socially distance when 20,000 people are squeezed into a camp meant to accommodate 3000, and where they must queue for hours each day for basic food supplies. In overcrowded and unsanitary displacement camps in Somalia, people feel as if they are “waiting for death to come”.

Elsewhere, it is hunger, not the virus, that is feared – a serious concern in places such as Nigeria and the Democratic Republic of Congo if people can’t go out to work or sell to get money to feed families. In parts of Syria, it is “bombs falling from the sky and kids being blown to pieces” that remains the main worry.

In Colombia, the virus is bringing with it deadly prison riots and the threat of escalating femicide. In Lebanon, a sense of dread prevails, as it does in Syria’s rebel-held north-west, among people already ill and frail, with little shelter, limited access to running water and healthcare, with little information and even less trust and confidence in authorities. And Iraq is already struggling to find enough hospital beds and to bury its dead, amid fears about how the virus is spread.

In many of these places, social distancing is difficult, water and soap are scarce, and most healthcare needs are already unable to be met. As the Médecins Sans Frontières (MSF) President has described, the concept of self-solation, and also self-care, in these contexts is a “luxury”. Hospitals have been destroyed or lack capacity and resources, including medicine, staff, and equipment. Governance structures are often weak or corrupt, economies shattered, and infrastructure destroyed or inadequate. Many people are unable to access basic services and essentials, including food, and have minimal confidence or trust in political leaders. In Iraq, for instance, a depleted healthcare system that enjoys little public trust will not be able to respond effectively if there is a serious outbreak.

For these reasons, conflict-affected environments are especially vulnerable to the outbreak of infectious diseases, are less likely to be able to identify and respond to outbreaks, and are less equipped to stop their spread within and beyond their often porous borders.

There are murmurings that Covid-19 could contribute to bringing peace to places afflicted by conflict, as people agree to divert all necessary attention and efforts to fighting a common enemy. Indeed, that is what Guterres has called for to enable the world to focus on “the true fight of our lives”, and ceasefires were, at least initially, welcomed in Philippines, Cameroon, Yemen and elsewhere. While bigger threats can lead to cessation of hostilities, such as occurred in Aceh, Indonesia, after the 2004 tsunami, such crises of this scale tend to further undermine resilience, increase insecurity, and exacerbate the likelihood and intensity of conflict. Already, commitments to ceasefires have been broken within days and hostilities have escalated in Libya, and Yemen. Even if some ceasefires hold, the causes and effects of conflict continue and compound the risks these environments face from Covid-19. 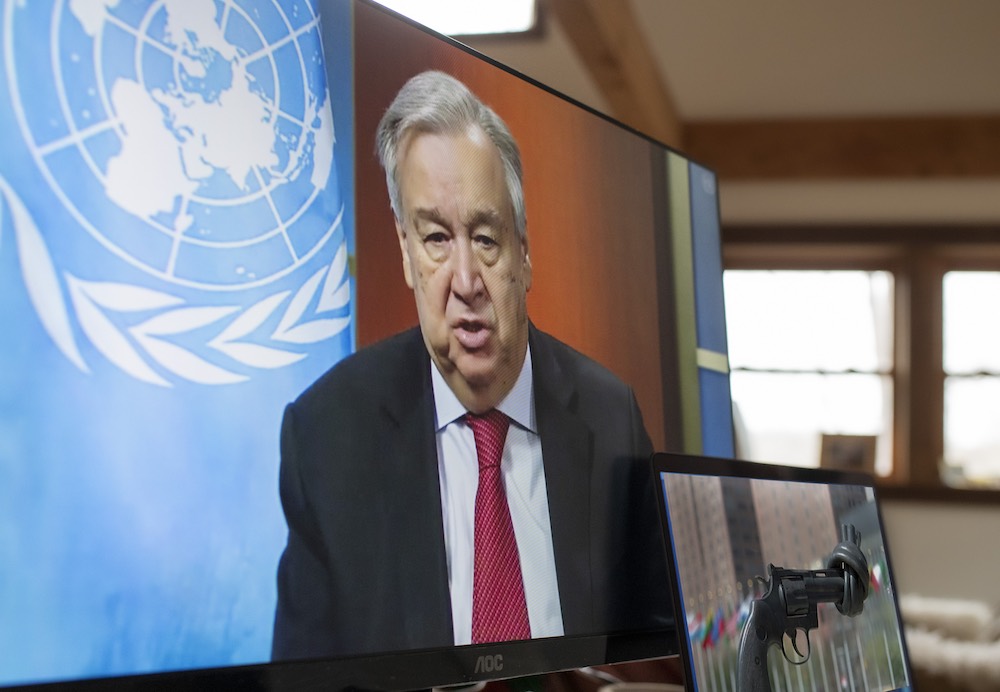 And with global attention almost exclusively on Covid-19, armed groups might seize the opportunity, as occurred when ISIS prisoners attempted to escape in Syria on 30 March, or exploit widespread fear and instability for their own advantage, as communicated by ISIS to its members in its weekly newsletter. In Afghanistan, sectarian attacks resumed, demonstrating opportunist attacks against minorities by non-state armed groups can occur when the world’s attention is elsewhere. Likewise, parties to the conflict can make political and economic gains by utilising the opportune moment presented by crises, as occurred during the Ebola outbreak resulting in heightened political tension in Guinea, Liberia, and Sierra Leone. States can also use the guise of crisis response to repress the population. There have been fears that Covid-19 responses could legitimise actions which further persecute groups, in Yemen for instance, by imposing lockdowns which prevent access to food.

Reponses to Covid-19 can also further compromise security and undermine prospects for peace, even before Covid-19 gets a firm foothold in these places, with relief efforts hampered by lockdowns and widespread travel restrictions. In Iraq, while humanitarian agencies are finding ways to respond to people’s needs remotely, many of those in need cannot be reached by phone and must travel to community centres, amid reports of arrests of those who violate the lockdown. The curtailment of humanitarian services in Iraq has also has coincided with heavy flooding in Ninewa, Diyala and Salah al-Din, which has affected vulnerable groups, including those in camp settings and compounded the humanitarian crisis. Humanitarian, peacebuilding, and broader development organisations are drawing back their work to direct resources to only what is essential and to accommodate “social distancing”. Staff are grounded staff or scaled back, and organisations face unprecedented coordination, logistical, and financial challenges.

Covid-19 as a conflict driver

Covid-19 response will undermine the ability to respond to other healthcare and humanitarian needs in conflict- and crisis-affected environments. Already depleted resources, medical staff, hospital beds, financial support, and most aid efforts will likely be directed towards Covid-19 and away from the other dire needs of people in such environments – addressing a measles epidemic in Democratic Republic of Congo, for example, which has killed over 6000 people since the start of 2019, most of whom were children. As occurred during the outbreak of Ebola in West Africa, more people will die from other diseases as a result of resources and attention being redirected to Covid-19. While Guterres has urged not to sacrifice humanitarian needs unrelated to Covid-19, when calling for a unified response to the pandemic, many humanitarian actors worry that this could happen. 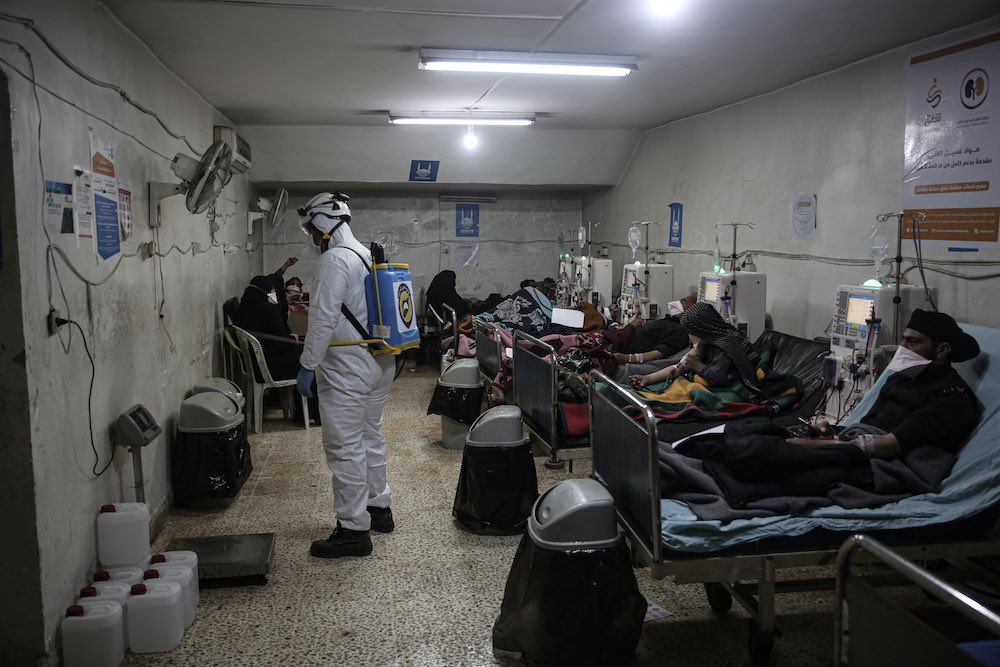 As attention and resources are directed towards Covid-19, and donors focus on the threat facing their own countries, funding is likely to be diverted or curtailed and pledging conferences rescheduled. International funding to address humanitarian and other needs will be hard to find, not just because of resources directed to fighting Covid-19, but also in the face of anticipated global recession. This will further compromise resilience and deplete resources, leaving countries less able to respond to other threats, including conflict.

Compounding these risks is the impact on conflict resolution and peacekeeping already being felt as a result of Covid-19, with unit rotations suspended, potentially compromising the effectiveness of troops on extended tours of duty. Likewise, peace talks and diplomacy efforts are also at risk as people’s attention is diverted and their ability to travel is curtailed. And as national armed forces are increasingly brought in to assist in Covid-19 response activities, nations may be less inclined to commit troops to peacekeeping missions or humanitarian response efforts.

The increasing securitisation of responses to Covid-19, including police brutality against civilians and violence against journalists reporting on lockdowns, and the severe economic shocks, including widespread unemployment and heightened food insecurity, are also increasing tensions, insecurity and violence and the potential for outbreaks or escalation of conflict or unrest.

Unless attention and resources are directed towards the needs of people in conflict-affected environments, there will be greater humanitarian catastrophes, alongside increased threats to international peace and security in the form of recurrent or protracted conflict. At the same time, it will be even harder to contain the further spread of Covid-19.

This blog was first published by the Lowy Interpreter. The original article can be found here.