We at the Monash Gender, Peace and Security Centre are excited to have launched a new website titled "Geo-Political Security: Toward Global Responsibility for Afghanistan" in collaboration with the Sir Zelman Cowen School of Music and Performance. We invite you to explore the website which focuses on current activities and engagements with Afghanistan and Afghans at Monash, demonstrating the global responsibility of the university in the international community to ensure human rights and education for all.

We hope you enjoy reading about our various engagements and activities over the last month and join us for our upcoming events. 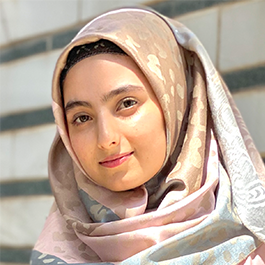 Holding nations to account for gender-based violence against women: CEDAW and 16 days of Activism

The Monash Gender, Peace and Security Centre in partnership with the Monash Gender and Family Violence Prevention Centre are thrilled to host Natasha Stott Despoja AO on Friday 26 November to deliver a keynote speech on gender-based violence to coincide with the beginning of the 16 Days of Activism to end violence against women. In 2021 Natasha was appointed to the United Nations Committee on the Elimination of Violence against Women (CEDAW). Following Natasha's keynote speech, she will join a panel that will include GPS PhD student Betty Barkha and GPS affiliate Parisa Sekandari to explore current challenges and commitments to ending violence against women in Australia, across the region and globally. 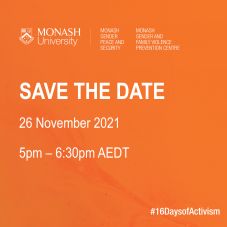 On 2 November, GPS participated in the ‘The Fourth Reich: Advancing Authoritarianism Besetting Women Peacebuilders’ hosted by the Southeast Asian Women Peacebuilders Network on the panel ‘Why we must worry about Afghanistan’.
The event aimed to identify the new women, peace and security (WPS) agenda in light of the existing landscape of extremism, focusing on supporting the women in Afghanistan and empowering those in Southeast Asia. 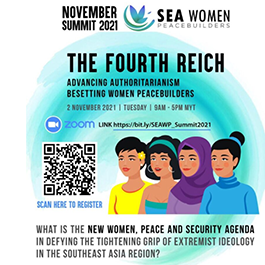 2021 Fellow of the Australian Institute of International Affairs

Congratulations to Centre Director Professor Jacqui True for being selected as a 2021 fellow with the Australian Institute of International Affairs (AIIA). Since 2008, the Australian Institute of International Affairs has annually recognised individuals “with a strong connection to Australia who have achieved a very high level of distinction in, and made a distinguished contribution to, international affairs” by making them fellows of the institute. Professor Jacqui True was one of eight fellows recognised by the AIIA with the full list published on the AIIA’s website. 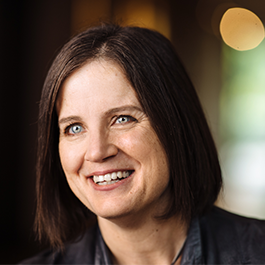