Jakarta is seeking to boost its regional leadership taking up the issue of women’s roles in peacebuilding.

Indonesia last month assumed the presidency of the UN Security Council for the second time during its 2019-2020 tenure as a non-permanent member.

Consistent with the country’s campaign for the Security Council seat, which focused on “Investing in Peace”, in its first presidency in May 2019 Indonesia oversaw the adoption of four resolutions on UN peace operations and issued the first presidential statement aimed at strengthening the training and capacity of peacekeepers.

Notably, in its second presidency, Indonesia has explicitly taken up the issue of women’s roles in peacekeeping and peacebuilding. It has secured a new resolution adopted on 29 August that combines the elements of the peacekeeping agenda and the women, peace and security (WPS) agenda – a focus on the differential gender impacts of conflict and the need for gender-equal participation.

Support for the women, peace and security agenda is increasingly a “standard of civilisation” for states seeking international recognition and influence.

This Indonesian-sponsored resolution encourages the 193 UN member states “to develop strategies and measures to increase the deployment of uniformed women to peacekeeping operations”, including by providing access to information and training and “identifying and addressing barriers in the recruitment, deployment, and promotion of uniformed women peacekeepers”.

Why is Indonesia leading on gender balance in peacekeeping?

Indonesia is the largest UN peacekeeping troop contributor among the 15 Security Council members, with a total of 2840 personnel including 158 female peacekeepers. The country is committed to growing its contribution to UN peace operations and is among the top 10 countries that pledged to contribute 4000 personnel in various UN peacekeeping missions.

Indonesia is also committed to increasing the number of female peacekeepers and enhancing the gender sensitivity of peacekeeping training. This is to showcase its view that women are important agents of peace. Indonesia’s Foreign Minister Retno Marsudi argued in a Jakarta Post op-ed last year that “female peacekeepers possess better situational awareness, can provide comfortable protection of civilians from sexual and gender-based violence, and are more easily acceptable in winning the hearts and minds of the local community”. 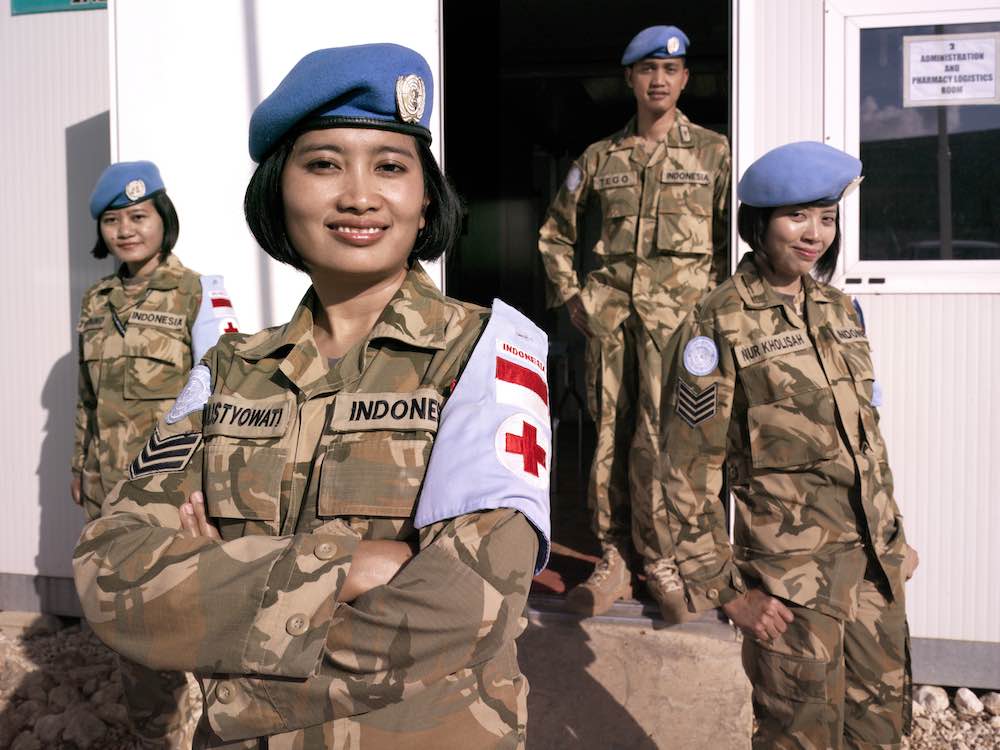 A contingent of peacekeepers from Indonesia deployed to UNFIL, Lebanon, in 2012 (Pasqual Gorriz/UN Photo)

As well as promoting gender inclusion in international peacekeeping, Indonesia has advocated for greater women’s inclusion in peace negotiation processes. In 2019, the Foreign Affairs Ministry organised regional training on “women, peace and security” for 60 diplomats from ASEAN countries aimed at building capacity in analysing, preventing and establishing post-conflict peace. Further, it hosted the Afghanistan–Indonesia Women’s Solidarity Network dialogue in 2019 and in July this year co-hosted a meeting under the auspices of the Security Council on “women and the Afghan peace process”.

Recognising the challenges to sustain peace during the Covid-19 global pandemic, Marsudi has emphasised Indonesia’s continued efforts to advance peace. Indonesia led the Security Council high-level open debate on the theme “Pandemics and the challenges of Sustaining Peace” on 12 August. In its concept note for the debate, Indonesia highlighted the risk of Covid-19 deepening pre-existing social, economic and political fissures in conflict-affected countries, especially felt by women. Women migrants, refugees and their children are particularly vulnerable to infectious diseases due to their limited access to clean food, water and healthcare. Moreover, the gendered impacts of the pandemic in post-conflict countries increase the potential for epidemics of sexual violence in high-risk situations.

Support for the WPS agenda is increasingly a “standard of civilisation” for states seeking international recognition and influence. Indonesia’s willingness to put the impacts of Covid-19 on women in conflict-affected countries on the Security Council agenda and to develop concrete measures to support and increase women’s roles in peacekeeping and peacebuilding is a sign of its rising international leadership. This is a positive development for the Indo-Pacific, given the significant civil conflicts and gender inequalities in the region.

However, the most recent resolution on women in peacekeeping adopted under the Indoesian presidency also reflects Jakarta’s foreign policy strategy, which still views the military as the primary and most effective instrument in conflict resolution. The resolution reinforces the gender-parity strategy for uniformed personnel under the UN Peacekeeping Operations 2014–2019 “road map”, rather than setting a new agenda. 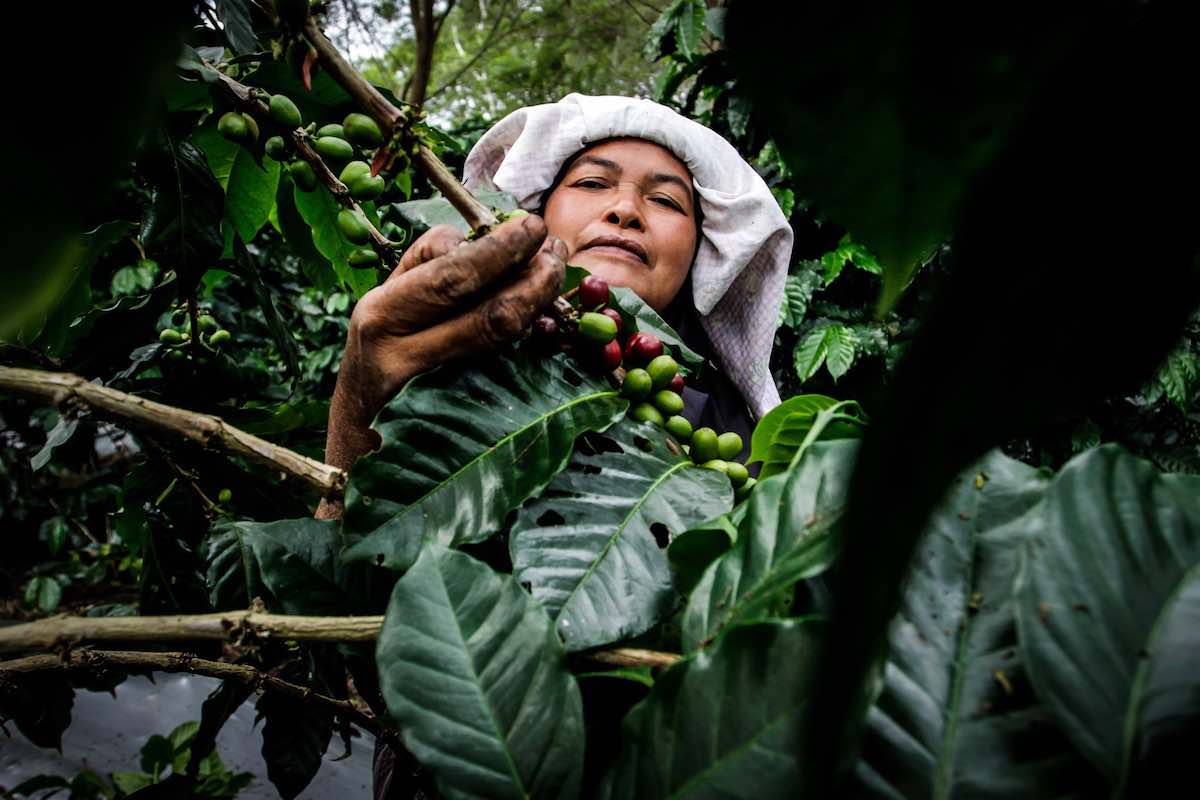 Moreover, it addresses the Indonesian government’s domestic critics. Many commentators criticised the focus on trade and economic growth rather than traditional ASEAN diplomacy in President Joko Widodo’s first term. Indonesia’s stint on the UN Security Council is therefore intended to boost its regional leadership yet avoid highly contested issues, such as the issue of sexual exploitation and abuse by UN peacekeepers, which was removed from the final draft of the resolution, leaving only the mention of “sexual harassment”.

This year marks the 20th anniversary of Security Council Resolution 1325 (2000) on women, peace and security, one of the few resolutions to spurn a large transnational advocacy network. State actions on women, peace and security are virtually guaranteed to garner international attention this year. Indonesia has capitalised on this anniversary, showcasing its “investment in peace” and evolution in political diplomacy (combining human rights and security) and at the same time signalling its rising geopolitical leadership.

This blog was first published on the Lowy Interpreter. The original article can be found here.