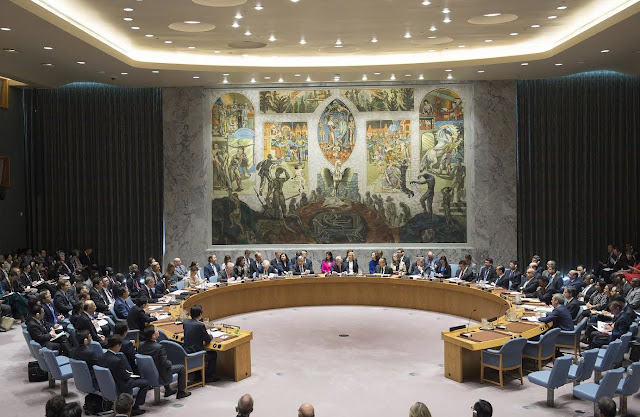 Adopted in 2000, United Nations Security Council Resolution 1325 (UNSCR 1325) reaches twenty years of operation in October this year.  UNSCR 1325 and ten other interrelated resolutions constitute the Women, Peace, and Security (WPS) agenda, which aims to incorporate gender concerns in peace and security governance. National Action Plans (NAP) — policies that are adopted nationally or regionally — are often the preferred framework to implement UNSCR 1325 and indicates national commitments towards mainstreaming gender in addressing peace and security issues. Ideally, these documents provide concrete goals and targets for fulfilling the WPS agenda. After 20 years of adoption, only 83 United Nations member states have drafted a National Action Plan; India is not one of them. While India has yet to develop a NAP, it has led the way in increasing women’s participation in peacekeeping operations. This is globally recognised as a critical sight for gender mainstreaming and promoting the role of women in post-conflict reconstruction. As part of its foreign policy, the Indian state has used its clout as a troop-contributing country to pursue permanent Security Council membership. While India’s global leadership on increasing the number of women peacekeepers should be celebrated, it is time for India’s foreign policy commitment to WPS to be matched in its domestic policies, particularly in areas where armed forces are active.

Diplomatic representatives from India at the UN have highlight India’s commitment to the WPS agenda through its contribution to peacekeeping missions. India has increased the number of uniformed women in peacekeeping and recognised the importance of women’s participation in peacebuilding networks. In 2012, they acknowledged the gendered burden of conflict and at the United Nation Security Council Open Debate on Women, Peace and Security where they called the absence of women from the peace table as ‘unconscionable’. In 2015, at the time of the adoption of UNSCR 2242, Indian representatives highlighted its role as a troop-contributing country, reiterated the need for UNSCR 1325, and committed to effective implementation of the Women, Peace and Security agenda. As a major troop-contributing country, India’s participation in United Nations peacekeeping operations has been globally lauded. The exemplary first all-women peacekeeping unit in Liberia from India deployed in 2007 has earned praise in the international community. As of October 2019, 6,183 personnel in nine peacekeeping missions, including women officers, have been deployed from the Indian forces.

Yet at home, India faces serious allegations of violence against women, particularly in its internal conflicts.  This includes accusations of human rights violations, disregard of women’s rights, violence against women, and the shielding of perpetrators by domestic national security laws. The Indian government rejects these allegations and asserts India’s commitment to guaranteeing the participation of women in governance and promoting gender equality. However, these issues highlight the importance of the role of UNSCR 1325 in India’s domestic politics.
At the time of the adoption of UNSCR 1325, the Security Council called upon parties to “armed conflict” to protect women and girls from gender-based violence. India however denies the existence of armed conflict within its territory and asserts that the principles of UNSCR 1325 related to women in armed conflicts do not therefore apply to India.  Under its National Security Law, Armed Forces Special Powers Act (1958), the areas where the Indian state deems necessary to use armed forces to aid civil power are declared as ‘disturbed areas’. Indian representatives abstained from voting for the Geneva Conventions Additional Protocols II and proclaimed internal armed conflict is a ‘law and order’ problem, and domestic laws will be applicable in dealing with these problems. This complex relationship of the Indian state with the peace and security issues within its territory, has encouraged its hesitation to draft a NAP. However, the Women, Peace and Security agenda’s four pillars are clearly relevant to areas where India’s Armed Forces are operating.

UNSCR 1325 urges member states to increase the number of women at all levels of decision-making. At the UN Open Debate on the 10th anniversary of adoption of Resolution 1325, Indian diplomats declared that the government is making efforts to increase the participation of women in political leadership and peacebuilding. Reserving one third of seats for women has increased their share of participation in local political bodies. But, their numbers in the national parliament has only increased from 11.6% in 2017 to 12.2% in 2019. The Constitutional Amendment bill proposing a 33% reservation for women in parliament and state assemblies, is still pending after over a decade. Women political candidates contesting in elections face sexist scrutiny and offensive public remarks requiring them to fight more than just a political battle. The Prime Minister of India appointed the second female Defence Minister in 2017. Shortly after, in 2018, a new defence planning committee was created which apparently divested her powers as Defence Minister.

Efforts are made to increase the number of women in various police forces and include female officers in command positions. The number of ‘Mahila battalions’ (all women battalions) in the Central Reserve Police Force has increased, 33% of the police force serving in the left-wing extremist areas is reserved for women. Similarly, Kolkata police created its first all-women Rapid Action Force. Recently, India’s Supreme Court granted a permanent commission to women officers in the Indian army which will lead to inclusion of women officers in higher command positions.  This Supreme Court judgment was a welcome change despite resistance related to women’s apparent ‘physiological limitations’, concerns around ‘motherhood’ and ‘child care’, and claims that ‘troops recruited from a rural background [were] not ready to accept women in the command position.’

However, reforms in police and armed forces can be inadequate due to prevailing patriarchal attitudes. Indian armed forces face accusations related to sexual gender-based violence, and the Indian government continuously fails to hold security officers accountable. Women also complain that prevailing stereotypical patriarchal attitudes with the police and armed forces result in slow procedures of filing complaints in cases of sexual and gender-based violence.

India needs to demonstrate its commitment to UNSCR 1325 by addressing these challenges. The resolution provides avenues for critical engagement with deep-rooted militarised masculinity in the armed forces of India. UNSCR 1325 can address the need for the inclusion of more women in judicial and political structures, especially in areas where armed forces operate. It can also guide police reforms through a gender-sensitive institutional change and assist in composing a police force better capable of responding to the needs of women and girls.

India has one of the highest militarised zones in the world where women remain extremely vulnerable. In areas where armed forces are absent the situation is not any different. National Crime Records Bureau reports a rise in crimes against women with 378, 000 cases in 2018 as compared to 359, 000 in 2017. Continuous rising gender and caste-based violence in India is exhausting and frustrating.

At the 58th Session of the UN Committee on Convention on the Elimination of All Forms of Discrimination against Women (CEDAW), Indian diplomats reported various steps had been taken by the government to address the issue of violence against women and achieve women’s empowerment in India. Progressive legislative changes to tighten protection for women have been announced since 2013. The security of women and the survival of the girl child have been promoted by Government initiatives and budget allocations. However, there is an enormous laxity in the implementation of the schemes, policies, and missions drafted under national and international pressure. In its engagement with CEDAW, the Indian state condemns incidences of violence against women. To demonstrate its commitment to UNSCR 1325, the Government of India must also address concerns related to the security of women in militarised zones referred to as “disturbed areas”.

The WPS agenda and UNSCR 1325 is also useful during the current pandemic as it can have a grave impact on an already complex peace and security situation. There is a great danger that women, peace and security issues in these areas will be further marginalized at this time. In Kashmir, this pandemic has hit at a time when the region is still facing political repression, which began in August 2019 with the abrogation of Article 370 by the Indian government.  The Covid-19 emergency poses unique challenges to women in these regions, who were living under a curfew for months before the pandemic.  Even though there are positive stories of mobilisation efforts of women’s networks amidst various restrictions, understanding the impact of this pandemic and the needs of women in Kashmir is difficult but essential.

As UNSCR 1325 completes two decades of its operation, women in India continue to fight for agency and leadership space while facing the risk of marginalisation and vulnerability in the face of ever-existing gender-based violence and discrimination. To understand India’s real commitment to Women, Peace, and Security agenda, we need to look beyond the Indian state’s role as leader of the inclusion of women in peacekeeping forces to its implementation of the agenda in its domestic spaces.

This article was first published by The Gender Security Project. Read the original article here.