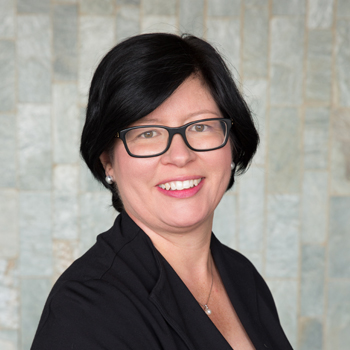 Katrina Lee-Koo is an Associate Professor of Politics and International Relations at Monash University and founding Deputy Director of Monash GPS (2015-2020).

Her most recent book publications are: "Young Women and Leadership", (co-edited with Lesley Pruitt, New York: Routledge, 2020), Children and Global Conflict (Cambridge University Press, 2015 with Kim Huynh and Bina D’Costa) and Ethics and Global Security (Routledge, 2014 with Anthony Burke and Matt McDonald). She has a forthcoming project with Zareh Ghazarian on "Gender and Political Leadership in Australia" (under contract with UNSW Press).

She was recently the sole and chief investigator of an ARC Discovery Project entitled ‘Gender after Conflict’ (ending December 2019). She is a co-Chief Investigator (with Sara Davies, Nicole George and Jacqui True) on the ARC Linkage Project ‘Towards Inclusive Peace: Monitoring the Gender Provisions in Peace Settlements’ with partner organization the Department of Foreign Affairs and Trade (DFAT). She is the World YWCA’s Partner Researcher (with Lesley Pruitt) on the DFAT funded project ‘Mobilising Young Women’s Leadership in the Asia Pacific’ which works across nine countries in the region. She is also the lead researcher on a partnership with Plan International on a research series entitled 'Adolescent Girls in Crisis' which has conducted research with adolescent girls in conflict-affected sites around the world.