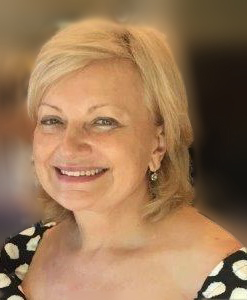 Dr Sharman Stone is a Monash alumna, was a member of parliament from 1996-2016, served as Australia’s Ambassador for Women and Girls between 2017-2020, and is foundation patron of the Monash University's Gender, Peace and Security Research Centre.

Dr Stone has been a longstanding and active advocate on gender equality issues in Australia and internationally.  A former Australian politician from March 1996 to 2016, representing the Division of Murray, Victoria.  As a long serving member and recently Chair of the Australian Parliamentarians for Population Development Group (APPDG), Sharman was elected the Vice Chair of the Asia-Pacific Population Development Group with special responsibilities for promoting the rights of women and girls in the region.  In this role and as the Chair of the Parliamentary Foreign Affairs Defence and Trade, Aid Sub Committee, Sharman has championed the cause of eliminating child marriages, FGM, human trafficking, poverty and disease in our region. She delivered Australia’s Statement on the Status of Women in the United Nations General Assembly in 2014, where she also worked on the development of the new Sustainable Development Goals and has advocated for overcoming disadvantage in numerous international fora, always addressing the role and partnering of Australia in supporting our region’s special needs. ​

Dr Stone has participated in regional dialogues for Pacific women political leaders and policy makers in the Pacific (Tonga, 2014), the Australian-funded Pacific Women’s Parliamentary Partnerships Fora, and the Women Ministers and Parliamentarians Conference on Progressing Sexual and reproductive health and rights into Beijing + 20. ​

In 2011 she gained bipartisan parliamentary support for the establishment of a national strategy to help eliminate Foetal Alcohol Spectrum Disorders.  She is patron of the FASD support group for parents, carers and victims.