In the immediate aftermath of conflict, much of the labour to support households is carried out by women and girls, and as infrastructure deteriorates because of a lack of investment, the pressures on women’s health and well-being increase and their participation in public life decreases.

The state provisioning of social infrastructure at this time, via macroeconomic and social reform policies, often does not reflect the gender specific impacts of these policies. This leads to what has been called ‘depletion through social reproduction’, which occurs when the gap between the outflows —domestic, affective and reproductive labour — and the inflows — medical care, income earned and leisure time — falls below a threshold of biological, financial and affective sustainability.

Professor True, Monash University and Professor Rai, University of Warwick will lead a team from both institutions to pilot research which will explore the impact of social reproductive costs in the absence of a well-developed social infrastructure supporting women within households in the face of conflict and displacement. The pilot will clarify concepts, develop research networks on the ground, and help us ask better questions towards further research. It will also inform analysis of the challenges and the opportunities in times of transition from conflict for gender sensitive economic reform, taking seriously women’s agency and potential.

This project has the potential to transform models of post-conflict recovery and reform, shaping new policies and interventions for governments and international agencies that will contribute to lasting peace and inclusive economic prosperity.

Beginning in 2013-14, feminist political economists at Monash and Warwick universities (led by Jacqui True and Nicola Pratt) began collaborating through the Monash Warwick Alliance with a project "Rethinking Violence Against Women: The Political Economy of Women’s Rights in Comparative and Transnational Perspectives." This project was developed as two workshops that explored the links between the gendered nature of structural inequalities and the forms of violence against women in three regional contexts (The Middle East and North Africa, South Asia and Southeast Asia), including conflict and non-conflict zones.

In 2017 Jacqui True (Monash) and Shirin Rai (Warwick) expanded upon this collaboration with the project, “Post-Conflict Care Economy and Depletion of Women’s Labour”. The aim of the project, was to develop new theoretical and methodological frontiers to explore the connections between unpaid care and peacebuilding work, gender divisions of labour, the lingering effects of conflict and impact of global competition in post-conflict transitions.

At two workshops, academics and doctoral students from both Monash and Warwick presented and discussed their papers examining how to measure the value of women’s economic contributions in post-conflict contexts, and how this new knowledge can influence the role of national institutions and international financial institutions in light of the 2030 Sustainable Development Goals, especially: SDG 5 Gender Equality and SDG 16 Peace, Justice and Strong Institutions. Framing the themes of the workshop, Shirin Rai, Jacqui True and Maria Tanyag discussed moving from depletion to regeneration and overcoming structural and physical violence in post-conflict economies. Eleanor Gordon (Monash GPS) presented her research with Briony Jones (Warwick) on the personal-professional-political nexus of paid work in justice and security sector reform.

The workshop also included a number of case studies analysing the challenges and need for sustainable, inclusive economies in post-conflict contexts. Nicola Pratt and Sara Salem (Warwick) with Yasmin Chilmeran (PhD candidate at Monash GPS) explored the concept of depletion in the Middle East and its application for understanding the impact of conflict on social reproduction and gender divisions of labour in Egypt, Iraq and Palestine. Victoria Pereyra (Warwick) and Samanthi Gunawardana (Monash GPS) examined the gendered provision of care in prisons and free trade zones, sites of both seclusion and exclusion in Argentina and Sri Lanka. Also focusing on Southeast Asia, Juanita Elias (Warwick) and Melissa Johnston (Monash GPS) analysed the impact of conflict, trafficking and migrant labour regimes in the region and, in particular, on poor, ethnic minority women. These papers are will be published in a Symposium in Social Politics on International Studies in Gender, State and Society. 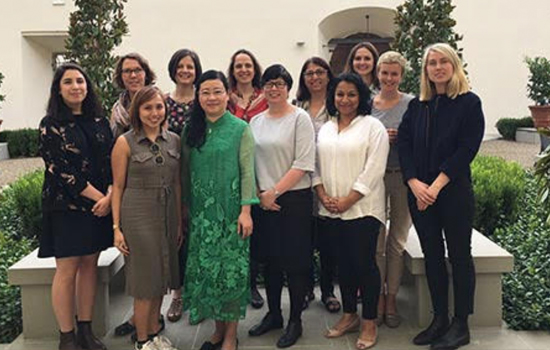