Photos from 1/11 seminar: From Counterculture to Subculture the Study of Social Movement in Japan after the 3.11 Disaster

From Counterculture to Subculture the Study of Social Movement in Japan after the 3.11 Disaster

This presentation discusses from a cultural perspective how young activists deconstruct conventional forms of organization and collective identity to construct alternative type of activism in contemporary Japan. Previous studies have regarded social movement as an organizational behavior based on collective political identity. However, the situation has drastically shifted after the 3.11 nuclear disaster. Some research shows that Japanese youth protesters no longer have definitive political membership and organizational principle in their activism. They tend to participate in demonstrations as individual and do not commit themselves to long-term participation in a particular activism. This presentation argues that the shift of youth movement has much to do with the decline of youth counterculture in the era of individualization. Youth’s participation in social movement does not show a shared ideology, principle, political style against the mainst ream, which counterculture used to have and differentiate into numerous kinds of subcultures with individualized fashion, preference and purpose of political participation.

PRESENTER:
Kyoko Tominaga is associate professor in College of Social Sciences at Ritsumeikan University, Japan. She holds a PhD in Sociology from the University of Tokyo. Her research interests include social network of protesters, social movement sub-cultures and political mutual understanding among activists across borders. 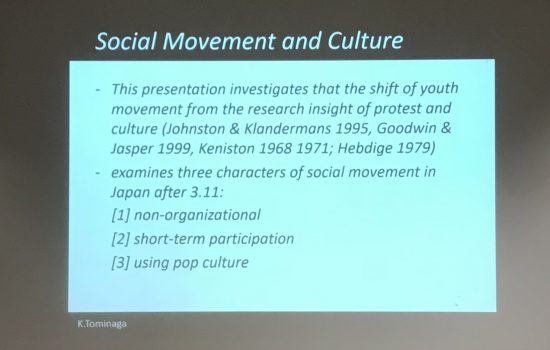 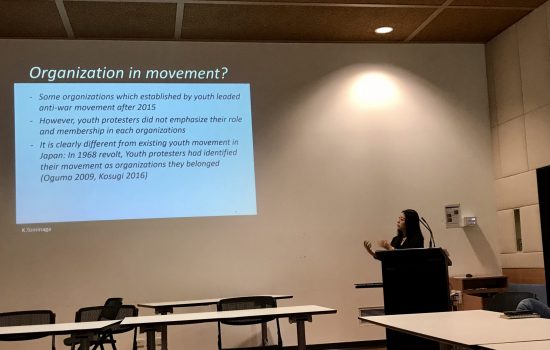