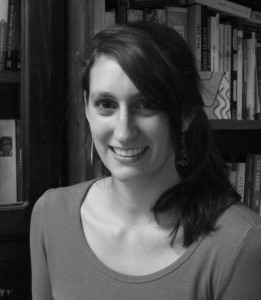 Alice began studying Spanish at Monash in 2008 and spent a year studying at Tec de Monterrey in Mexico from 2009-2010. She stayed on in Mexico for another year before returning to Australia to finish her undergraduate degree with majors in Philosophy and Spanish and Latin American Studies. She started honours in the mid-year intake in 2012 and completed coursework units on research methods and theory and practice of translation.

Alice’s thesis, “Rewriting the Cosmos: The Translation of Yaxkin Melchy’s Los Planetas”, consisted of two parts. The first was a 10,000-word critical exegesis on the challenges and rewards of poetry translation. The second part was a translation of 8,000 words of Melchy’s ambitious poetic project, Los Planetas [The Planets]. For Alice, poetry translation “is at once an act of creation and recreation, oriented by several simultaneous (and often contradictory) objectives: the communication of both semantic and aesthetic meaning; the preservation of Otherness and the pursuit of a foreignising translation ethic; and the (re)production of a high-quality work of literature.”

During her honours year, Alice completed two articles, which were subsequently accepted for publication in The AALITRA Review and Reinvention: An International Journal of Undergraduate Research. The articles were broadly based on research conducted for her Honours thesis, adapting specific textual examples and relevant theoretical frameworks to the discussion of Melchy’s poetry in different contexts.

Alice is now enrolled in a PhD (Translation Studies) in the School of Languages, Cultures and Linguistics at Monash University. Her thesis is a translation and critical reflection on ¿Te veré en el desayuno? [See you at Breakfast?] by Mexican novelist Guillermo Fadanelli.

LLCL only School of Languages Literatures Cultures and Linguistics Spanish