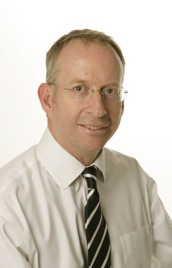 Professor Ramadge was a part of an historic delegation of senior members of Monash University to Indonesia in February 2013. He is overseeing Monash University’s strategy to engage Indonesia and to have physical presence in that country.

Biography: Paul Ramadge is the Vice-Chancellor's Professorial Fellow at Monash University. He previously was the well-known Editor-in-Chief of The Age in Melbourne. The Age is one of Australia’s oldest, leading newspapers and also includes a substantial website, opinion site, smart phone app, iPad app and new media team.

With a media career spanning more than 30 years, Paul is a highly influential opinion leader in Australia. His views on journalism, leadership, audience engagement and the changing nature of the media are highly sought after. At The Age he led a newsroom of 320, from foreign correspondents to investigative and political reporters and production staff, to produce journalism of the highest quality while strategically positioning The Age to be a leading multi-media publisher.

Paul has been a contributor to the Australia America Leadership Dialogue, Asialink, the Australian Science Media Centre, the Committee for Melbourne and to his community.