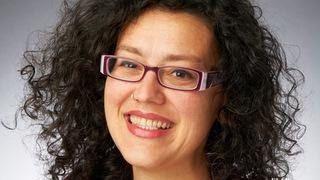 Dr Eliana Maestri (University of Warwick) visited Melbourne recently to conduct interviews with second and third-generation Italian-Australian artists and writers as part of a research project funded by the European and EU Centre at Monash and carried out in collaboration with Associate Professor Rita Wilson in the School of Languages, Literatures, Cultures and Linguistics. The project builds on Eliana's 2012 EUOSSIC Erasmus Mundus postdoctoral project in which she concentrated on the current debate on Europe in Australia by focusing on perceptions of Europe among Sydney-based Italian-Australians. This current MEEUC project aims to broaden the scope of her investigation so as to include Italian-Australian cultural, artistic and literary productions of migration from a wider socio-cultural, economic and political perspective that places Australia in the postcolonial/European and global context. While her earlier research focused on second and third-generation Italian-Australians of different social backgrounds, her present focus is on Melbourne-based second and third-generation Italian-Australian artists and writers, so as to obtain a more inclusive geographical and socio-artistic understanding of Italian communities in Australia. Dr Maestri's research responds to the European Union’s call for an exploration of perceptions of Europe outside its formal borders by exploring young Italian Australians’ conceptualization of the centrality and/or marginality of Italy and Australia within (post)colonial maps of Europe and of the European ‘subject’ in the face of constant reshaping of borders vis-à-vis national versus supra-national political arrangements.

During her stay in Melbourne, Dr Maestri was interviewed by SBS Radio.