Reinterpreting ‘Italian’ for the 21st century 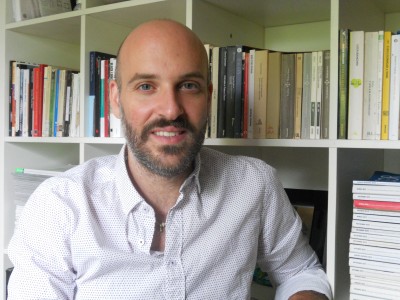 In an era when millions of people living in countries other than Italy identify themselves as Italian – it is the fifth most claimed ancestry in Australia – the question of what that actually means becomes a complex one.

In research that will take him to Italy, England and Australia, Mr Goffredo Polizzi, one of the first students to receive a coveted Monash Warwick Joint PhD scholarship, is examining how Italians form their identities in light of changing cultural influences.

Goffredo is examining how gender, race, sexuality and class contribute to Italian identity formation. He said his research could result in a new understanding of identities and more inclusive forms of citizenship for Italians in their home country and abroad.

“The field of Italian studies is undergoing profound changes as the notion of what it means to be Italian and Italian culture is questioned,” Goffredo said.

“I’m examining various literary and cinematic pieces to determine how Italians now perceive ‘Italianness’ and how Italian emigrants identify with their heritage from afar.”

Goffredo applied for the Monash Warwick Joint PhD because he believed it offered an excellent opportunity to develop his research skills under the guidance of two universities with highly regarded translation and Italian studies departments.

“Both Monash and Warwick universities are at the forefront of the critical effort being made to understand Italian cultural changes,” he said.

“Although I am only eight months into my PhD, I feel optimistic about my research because my supervisors have provided exceptional support and insight,” Goffredo said.

“Goffredo’s research is making a valuable contribution to understanding not only how, historically, emigration has shaped Italian culture but also how contemporary immigration is impacting on current notions of cultural identity and citizenship,” Professor Wilson said.

Goffredo is currently gathering data in Italy before returning to the University of Warwick later this year. He will spend 2015 at Monash and then return to Warwick to complete his PhD in late 2016.

Introduced at the end of 2013, the Monash Warwick Joint PhD is a three-year program in which students spend at least one year at each university.

The Alliance is growing its PhD cohort to support its increasing research efforts, particularly in the areas of sustainable chemistry, nanomedicine, advanced imaging and materials, and understanding cultures.

The Monash Warwick Alliance is an innovative approach to higher education that is accelerating the exchange of people, ideas and information between Monash and Warwick Universities.