is pleased to invite you to a seminar by 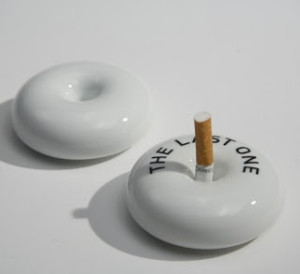 It is one hundred years since Zeno Cosini, the narrator and protagonist of Italo Svevo’s modernist masterpiece Zeno’s Conscience, started writing his autobiographical confession. He did it in 1914 in preparation for a psychoanalytic treatment, that is five years before Svevo commenced work on the novel. The complex structure and temporality of Svevo’s Zeno’s Conscience, and the intermingling of story time, narrative time and the time of the actual writing, struck James Joyce as emblems of Svevo’s novelty and originality. What Joyce did not notice as he first read the novel, is that Svevo, not unlike Joyce himself, constructed a narrative in which knowledge and conscience are the result of a situated cognition, that is the relation that the subject entertains with the material world. Together with the cigarette, the thing par excellence of Zeno’s Conscience, writing and the body themselves turn into things and objects that are employed to probe and pierce the bourgeois conventions and traditions of a changing and transforming Europe. This talk will focus on the friendship between Joyce and Svevo, and their literary affinities as well as differences by looking at the “things” that make Zeno’s Conscience.

He has published extensively on continental theory and philosophy, especially the works of Giorgio Agamben, Walter Benjamin, Martin Heidegger, Gianni Vattimo, and Mario Perniola, and their impact on the reception of authors such as Blanchot, Calvino, Caproni, and Svevo.

Bartoloni is ACIS Honorary Research Associate. His visit in Australia was made possible also thanks to the contribution of the University of The Sunshine Coast.