The School of Languages, Literatures, Cultures and Linguistics is proud to announce the success of Monash students, Shahzad Billimoria and Stephanie Tsiros, in the 13th Chinese Bridge competition held in RMIT last Saturday, 24th May. Competitors from 4 universities in Melbourne participated in this competition. 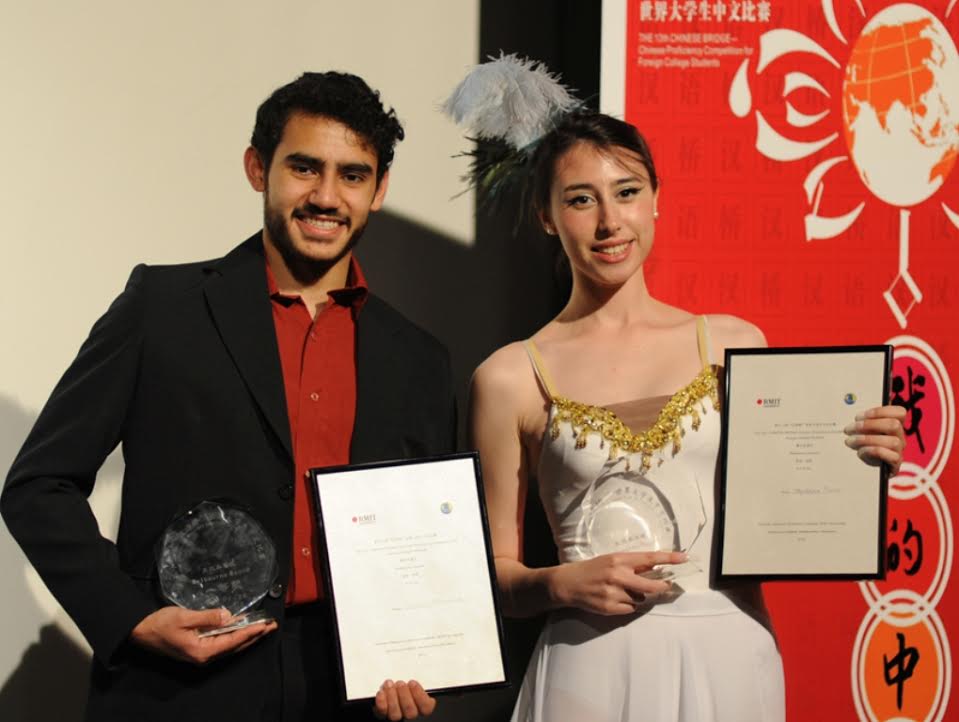 Shahzad and Stephanie performed very well at the competition. Apart from their speeches in Mandarin, Shahzad played skillfully Chinese Kongfu called Taiji Fan. Stephanie performed a beautiful traditional Chinese dance called The Spirit of a Bird. Both performances were highly praised by a large audience.

Congratulations to the lecturers in the Chinese program for the success and involvement in training of the students for this competition.