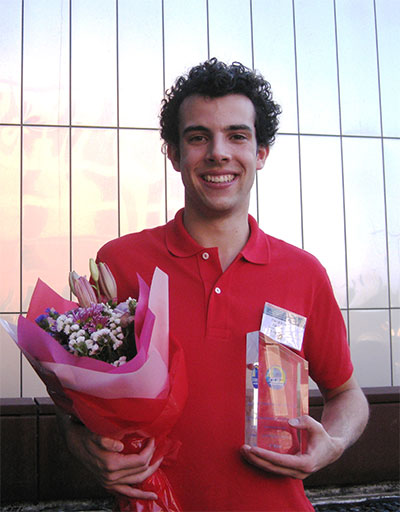 David is currently studying Chinese and Theatre (Bachelor of Arts Scholars Program). He will complete Chinese major at the end of 2015.

Apart his speech in Mandarin, David performed a most popular square-dance in China namely Little Apple. His performance was highly praised by the judge panel and audience.

Following his excellent performance at the competition, David was invited to perform the dance in Federation Square organised by the ABC Radio on Sunday.

Watch the video of David’s performance at Federation Square.