Courtney Reid, a student in the Master of Interpreting and Translation Studies, has had the rare opportunity of translating a book during the course of her post-graduate studies, and to see her published translation featured at the prestigious Frankfurt Book Fair in October 2015.

She recounts the events surrounding the rather unexpected request to translate an Indonesian book, Temanku Teroris?, written by Noor Huda Ismail, who is also a PhD candidate in the School of Social Sciences at Monash, her contact with the author, with the publisher of her English translation, and her trip to the Frankfurt Book Fair where Indonesia was the chosen ‘Guest of Honour’ country. 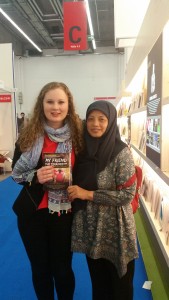 When I first met Noor Huda Ismail in mid-June 2015, I could never have imagined that I would be translating his book Temanku, Teroris? ‘My Friend, the Terrorist?’ within six weeks for the 2015 Frankfurt Book Fair. It has been an incredible and insightful journey. It all started from an Indonesian friend of mine saying “Courtney, my friend’s book has been chosen for the Frankfurt Book Fair and he wrote on Facebook today that he’s looking for a translator…” So, of course, myself being a young and upcoming translator, I jumped at the opportunity and said “I’ll do it!”

Amongst this whirlwind I have been very fortunate to be able to work closely with Huda and ask him why he wrote this story is a particular way, why he chose particular words and most importantly, why he wrote this book. Through his literary journalistic style he provides us with an insight to how easily young men can be swept in to the web of terrorism. He also reminds us to be empathetic towards all the victims of terrorism, including the families of the perpetrators and the children who become orphans in either the real of social sense.

This memoir is very significant to highlighting the fact that many of us take different paths in life, and for those who Huda went to school with, as they were intoxicated by and drawn to the idea of waging a holy war in the name of Islam. This memoir focuses on the story of one of Huda’s closest school-friends, Fadlullah Hasan, sentenced to a life imprisonment due to his involvement in the First Bali Bombings on the 12th of October 2002. They went to an Islamic boarding school, Al Mukmin Ngruki in Solo, Central Java. The founders of this school were also the founders of Jama’ah Islamiyah, Abdullah Sungkar and Abu Bakar Bashir. 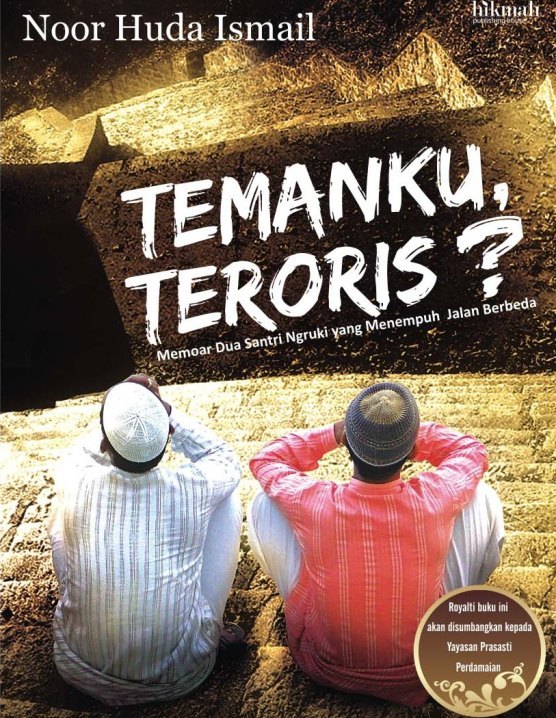 Huda brings to light an exciting, honest and moving story. However, as the title suggests there are still questions surrounding Hasan’s story that invite thought and debate. The author, Huda dwelt on this question in an expository way. He focused on his close relationship with Hasan during his school days and how he looked up to Hasan until they were reunited with Huda working as a journalist for The Washington Post covering the first Bali bombing in 2002. By this time, Hasan was locked behind bars. Huda makes it very clear himself, that he does not consider the trajectories of these young people’s lives to have been pre-determined. He firmly believes that “no one is born a terrorist.”

During the translation process there were a number of instances of implicitness where the meaning would be clear to an Indonesian reader but to an Anglophone reader it would be unclear. An example of this was when Huda was talking about his childhood memories in the village with his friends where they would fish in a local drain and he reminisced: “We dammed up the drain and drained it out with a bucket to find the fish. During that process all of my friends would cry because they knew that their fathers would beat them up.” I myself was confused when I translated this section and asked Huda why he was talking about his friends’ fathers beating them up. Huda then clarified this for me and said: “Their fathers’ would beat them up because they would come home covered in dirt, being dirty is bad in Indonesia as it suggests misfortune and a lack of care on the part of the parents”. Therefore, in the translation, I chose to add “if they came home covered in dirt” to the end of that section. For this example, I felt it was necessary to add this explanation to ensure that the meaning was not lost on the reader.

I was also lucky enough to be invited to attend the Frankfurt Book Fair, where Indonesia was selected as the Guest of Honour country, which means that the Book Fair affords a privileged and prominent position to the literature of that particularly country and to writers writing in the national language/s of that country. The theme was “17,000 Islands of Imagination” with a focus on presenting the diverse cultural and literary landscape of Indonesia. There were events on poetry, short stories, fiction, non-fiction, history, politics, children’s books, comics and cookbooks. There were also traditional musical and dance performances, tea and coffee tastings, spices, photographic exhibitions and films shown at night.

As a rule, the Frankfurt Book Fair seeks to facilitate the exhibition of 500 to 1,000 titles of translated literature from the Guest of Honour country. The Indonesian Pavilion was enchanting, intriguing and inspiring.

With the vast array  of Indonesian culture and Indonesian literature in Indonesian and translated into other languages, as well as the presence of prominent Indonesian authors, the Frankfurt Book Fair was an unforgettable experience. It has introduced me to the world of literary translation, and to the processes of working with the author, publisher and marketing staff to see a translated work presented at a major international forum.

In preparation for the 2015 Frankfurt Book Fair and for the role of ‘Guest of Honour’ country, the Ministry of Education and Culture of the Republic of Indonesia established the “I-LIT Program” (Indonesian Literature in Translation) in 2014 and approved grants of US$1 million for the translation of Indonesian literature into other languages and for its promotion worldwide.

Further details can be found at: http://www.buchmesse.de/en/guestofhonour/about/

LLCL only Indonesian Studies Master of Interpreting and Translation Studies