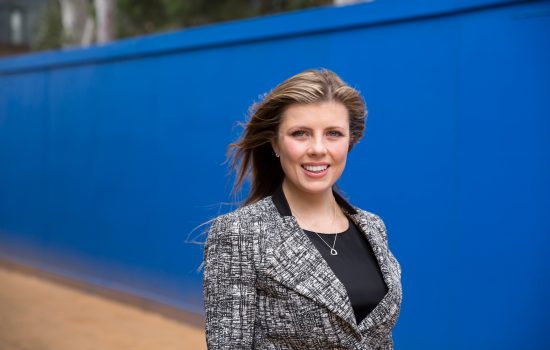 General Manager of Humanities 21 Maeve Martyn studied a Bachelor of Arts (Italian Studies & History double major) at Monash, and recently shared how this launched her career at Monash's regular seminar for students ‘Arts in the Real World'. Incidentally, this was where Maeve herself first heard about Humanities 21 and gained her career inspiration many years ago.

In this interview, Maeve shares why she ended up choosing Italian Studies and History, the highlights of her course, and advice for Honours and new grads. She also shares insight about her role as GM at Humanities 21 and how she got there.

What inspired you to do a double major in Italian Studies and History?

My trajectory at university wasn’t all that linear! I had been to Italy on a GAP year in 2009, and upon starting university I chose to minor in Italian, just because I loved the language. I began studying Arts/Business in 2010, but transitioned into a straight Arts degree at the end of first year, having found marketing pretty dull.

Languages at Monash comprise of cultural studies as well as the language itself, and in this cultural component we studied Italian literature and history, which I found fascinating. In first year Italian we looked at the Italian Reformation, and it was by my second year at university that I realised I felt more engaged with Italian studies than my other subjects, and turned it into a major.

My decision to take up history as another major was the best I made whilst at university, followed closely by my decision to go on exchange to Italy in the final year of my degree. While in Bologna, Italy I received an invitation to do Honours at Monash the following year. I had long been fascinated by the unique experience of Italy during World War II, and so I decided to form a research question around that topic and formally applied to do Honours.

What did you do during your Honours year?

My 18,000-word dissertation was on the Holocaust but during that year I also volunteered at the Kathleen Syme homework club as a tutor for refugee children, volunteered as a copy writer for the Make a Difference Foundation, which supports disabled and disadvantaged children and young people, and interned at Humanities 21 working on the Melbourne Festival of Homer. I submitted my Honours thesis at the end of 2016 and less than a month passed between my thesis submission and being offered my first career job.

What advice do you have for those considering Honours?

My advice to anyone considering Honours would be – is your CV in shape to get you a desirable full-time job after university? Is there a topic you’d love to spend a year researching? If your answers are no to the first question and yes to the second, Honours is a good idea. My topic – about the construction, translation, and production of Holocaust testimonies – fascinated me, and it was a luxury and a privilege to spend a year reading and writing about it.

You mentioned study abroad was one of your best decisions, can you tell us a bit more about your overseas experiences in Italy?

I took a two week course at the Monash Prato Centre in 2014 and then returned to Italy again for a semester at Bologna University in 2015. I needed to work many hours in my part-time jobs in Melbourne to save up for this trip, and in the summer between 2014 and 2015 I regularly worked 7 days a week. It was so worth it!

Living overseas exposes you to different cultures, and in doing so to different ideas, types of food, and historical contexts. As an exchange student in Italy, it was not only Italian culture to which I was exposed. In addition to local students, I made friends with Dutch, Irish, Polish, British, and German exchange students. Discussing topics such as politics, religion, the environment, and even love with these friends was incredibly enlightening. Attitudes towards these important parts of life can vary greatly – or not at all – from country to country, and the insights I gained from these discussions have enhanced my general knowledge and made me a more open-minded person.

My semester abroad was the highlight of my university degree and I strongly recommend every Monash student take the opportunity to go on exchange. My studies in Bologna helped me to achieve fluency in Italian and also engendered a healthy amount of personal growth. Even if going on exchange means studying part-time so you can work more hours and save enough money to make the trip possible, it is well worth spending a little longer at university in order to have this experience. An exchange will do wonders for a student’s maturity and also sets them apart from others in job interviews down the track. 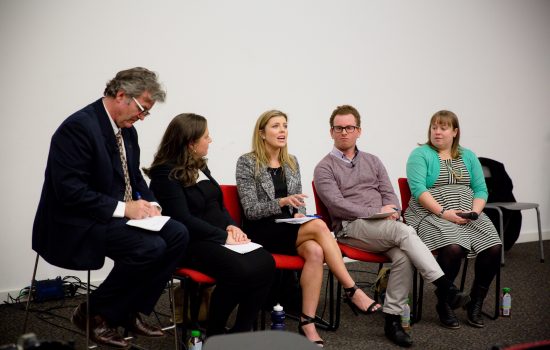 You’re currently General Manager for Humanities 21, how did you get there?

I interned at Humanities 21 during the final six months of my Honours year, after seeing one of their employees speak at Monash’s ‘Arts in the Real World’ careers seminar in the July holidays. I thought the organisation sounded very cool and I wanted to be involved with it, so I sent an email to the address I found on the Humanities 21 website expressing my interesting in being involved as volunteer. The then-Humanities 21 GM responded to my email positively and we set up a time to meet the following week. She told me the Festival of Homer needed an intern to do some copy writing and general administrative tasks, and I jumped on that opportunity.

In December 2016, the H21 GM took the opportunity to go to New York on a one-year working visa, and as soon as she told me she was leaving I emailed her boss and told him I was interested in her job. The following week I met up with Peter Acton, the president and founder of Humanities 21, to discuss how I perceived the role; what I thought I could contribute to Humanities 21; and what I might find challenging about the job. A couple of weeks later, I had a formal job interview with two members of the Humanities 21 Committee, and was offered the role of GM shortly afterwards.

I think my transition from university student to GM of a not-for-profit organisation that champions something I’m passionate about – the humanities – is one comprised of good timing and a lot of proactivity. I couldn’t imagine a role better suited to me at this point in my career, and 7 months into the role I’m passionate about the company’s cause, I find the work challenging but manageable, and I feel very fortunate to work for Peter and others who show a vested interest in my professional development.

What does your role involve?

In essence, the role of General Manager at Humanities 21 includes event management, copy writing, general administration, and basic financial management. I am responsible for arranging lectures at a number of large corporate companies, mostly in the legal and financial sector. Our clients include Property Exchange Australia, the Boston Consulting Group, and Ashurst Australia. At these events, Melbourne-based academics give talks on client premises about a topic which connects the humanities with the business world. Topics such as leadership, managing change, and ethics are important to our clients and the talks given are shaped around concerns such as those. Talks in the corporate series include ‘The French Revolution: Mismanaging Change,’ ‘Abraham Lincoln: Developing Executive Power,’ and ‘Trust in Public and Private Life.’ The corporate program is called the ‘Extending Horizons Series’.

Another aspect of my role is arranging public events, a recent example of which is ‘AI and the Future of Work,’ a panel discussion Humanities 21 held at the Melbourne Museum as part of Melbourne Knowledge Week in May 2017. Humanities 21 will present another event at the Museum in November 2017; an Oxford-style debate on the topic ‘Empathy is an impediment to success.’ Humanities 21’s public events are designed to engage the wider community with the humanities by showing how they relate to prevalent concerns in society.  We also hold free member events, the next one is with Monash academic Noah Shenker on ‘Representing the Holocaust’ on Wednesday 27 September.

What do you take from your studies and time at Monash into your career?

At work, as at university, passion is everything. If you can’t honestly say your studies enrich you (and they may also challenge you and stress you out sometimes, but that’s okay) then you should rethink what you’re studying. The same goes for work – there’s no shame in feeling resentful of long hours from time to time, but the important thing is you go to bed feeling happy with the contribution you’re making to society at the end of each day. A university education is a great privilege and graduates must always remember that, and use their privilege to better our world.

What career advice would you give students or new grads?

While still at university I was told by a family friend that the not-for-profit sector is a great place to start a career. In this sector, you not only work among passionate people, but you also receive a greater amount of responsibility than you would be in an entry-level corporate job. Seven months into my role I can attest to the validity of that advice, and I would pass that on to every university graduate.