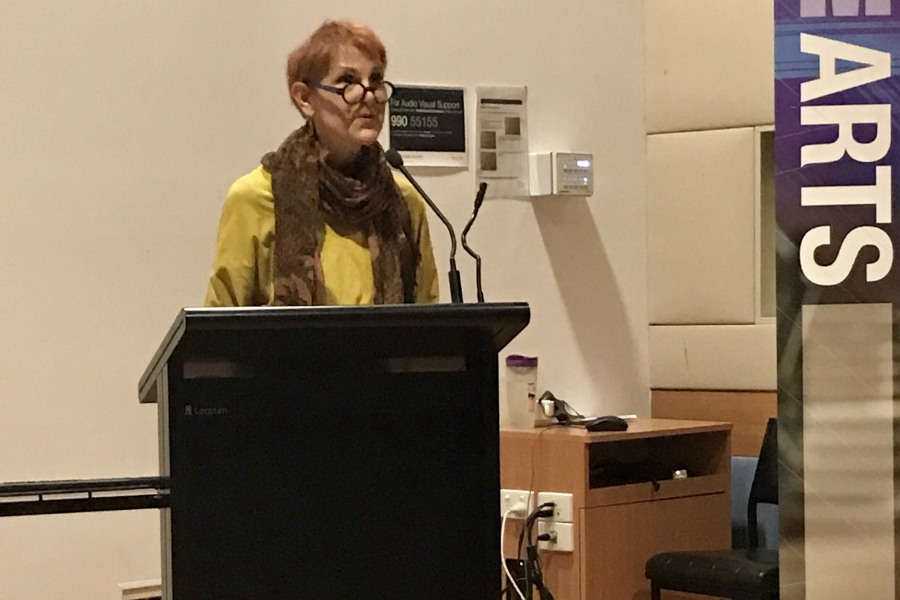 The Korean Studies program at Monash, established in 1988, is one of the fastest growing language and studies programs in the School.  With the retirement of the foundational lecturers in 2015, the School made two international appointments to carry the program in new directions: David Hundt and the esteemed Korean Studies’ scholar and President of the Association of Asian Studies, Professor Laurel Kendall (American Museum of Natural History / Columbia University).

On Friday 5 May, Carolyn Stevens, Professor of Japanese Studies at the School of Languages, Literatures, Cultures and Linguistics organised an event at Monash University Japanese Studies Centre to celebrate these appointments. The event featured talks by the two new appointees as well as talks by other academics in LLCL. Gloria Davies, Professor of Chinese Studies gave the opening remarks and Andrew David Jackson, new Senior Lecturer in Korean Studies gave a talk entitled: ‘Invented Traditions in North and South Korea: Internationalization and Contention.’ Josie Sohn, new Lecturer in Korean Studies spoke on ‘Collegiate Cinephilia: Unlikely Film Buffery in Neoliberal South Korea’. Professor Laurel Kendall (AMNH/ Columbia University) then gave the keynote talk entitled ‘Retrospective in Korean Studies, or what I got wrong in my first book’, in which she discussed her early anthropological field work research in the South Korea of the early 1970s. David Hundt, Senior Lecturer in International Relations at Deakin University finished off the evening with a talk entitled ‘The media and the politics of conditional multiculturalism in South Korea’. With over 40 people in attendance, the event was a great success.

Many thanks to Carolyn Stevens, Kim Chen, Laurel Kendall, David Hundt and Monash LLCL and everyone who made this possible.