Studying the MITS readies students for a globally oriented career “I wasn’t thinking about career prospects, money, corporate ladders, or any of those ‘real-world’ practicalities. All I knew was that I wanted to speak foreign languages.”

That’s Rachel King. She’s a recent graduate of the Master of Interpreting and Translations Studies (MITS) and is currently based in Lyon, one of France’s cultural melting pots that radiates both history and sophistication. 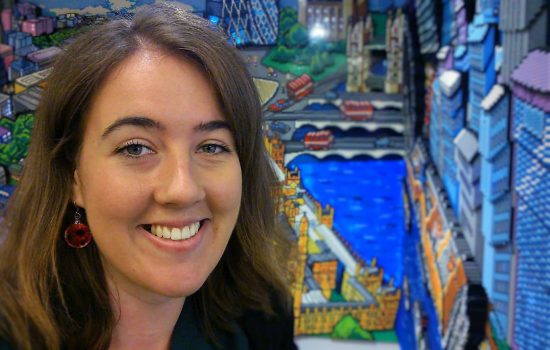 Rachel’s studies initially brought her to Lyon as part of a full year abroad in the international Double Master’s in Interpreting and Translation taught through a partnership between Monash University and Jean Moulin University – the only offering of its kind by any Australian university.

Rachel says her lifelong pursuit of languages, and eventually a narrowing down to translation during her tenure at Monash, married her love of the written word with her personality traits.

“I’ve always been more of a writer than a talker – I like taking the time to research, and to explore and edit my thoughts,” Rachel said.

“I love the musicality of the written word. I’m naturally a very quiet, pensive person and I like working alone, so translation is the perfect fit.”

Upon completion of her Double Masters, Rachel landed a job as a translator and editor at Over the Word, a legal and financial translation agency, but now, she manages her own business as a freelance financial and legal translator, working with companies based in France, the UK, Belgium and Luxembourg.

It’s a vocation increasingly in demand as borders become progressively malleable across a range of professional fields.

Her story is typical of students who enrol in the MITS – curious minds with adeptness in multiple languages, who are seeking to utilise their skills in an impactful way on the world.

The discussion moves to industry challenges; namely, the threat of artificial intelligence and technology on job security, considering the ready availability of software like Google Translate.

“The machine translation software that’s currently out there just isn’t up to the task. This is what makes it such a challenging task – it involves mental gymnastics at an Olympic level. I think the complexity of our work affords us a certain amount of job security,” she said.

“Being able to justify why translating something a certain way is actually more appropriate in the context helps put the client’s mind at ease. Not to see things in black and white, but rather to delve deep into a topic and to consider all sides.”

Jasmine Mazzarello, a Trieste University (Italy) student presently on exchange at Monash as part of the Double Master’s program, shares this sentiment and says what technology lacks is a fundamental understanding of the human experience. 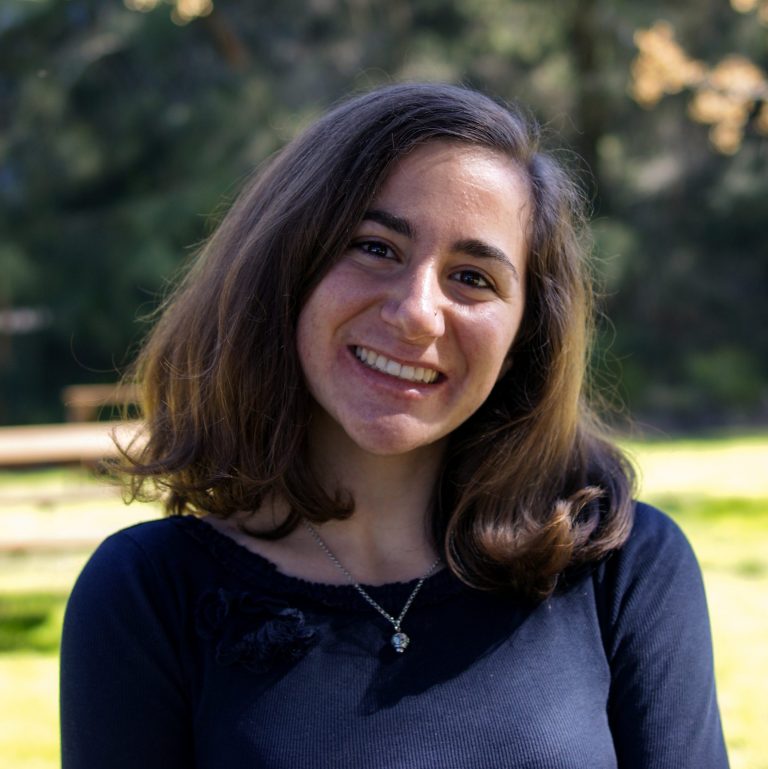 “The main thing I will bring back home is cultural competence,” Jasmine said.

“At Monash, I completely left behind my European lenses and found there are so many people from so many countries who have their own cultural lenses.”

Jasmine embarked on studying the combined translation and interpreting stream after her Bachelor’s program assessed her skills in interpreting, and was encouraged to continue formally practising the skill.

Having a crucial inquisitiveness with multiple languages when she was just a child has helped forge her current pathway overseas, in search of her eventual goal as a professional in the field of languages.

“When I was a kid I wanted to be a doctor, then a painter, and finally a literary translator,” she said.

“So much so that I translated the first half of Harry Potter and the Deathly Hallows when it was sold in English – and not yet translated in Italian – because I needed to know.”

Jasmine credits Monash University with supplementing her studies in Italy through work integrated learning, readying students for the eventual application of their knowledge in the real world, in real-time and in high-pressure situations.

Particularly, she notes the interpreting booths available for students on Caulfield campus to refine their on-the-spot interpreting, with the guidance of academics to help bolster their accuracy.

She also says the Monash program’s structure and prestige as the only Australian CIUTI member, with the MITS program granting graduates the highest level of NAATI (National Accreditation Authority for Translators and Interpreters) accreditation available.

It has given her flexibility to consider following her career goals ‘Down Under’, observing that Australia “has a very good tradition for interpreting and translation in public services because of its heavy immigration history.” 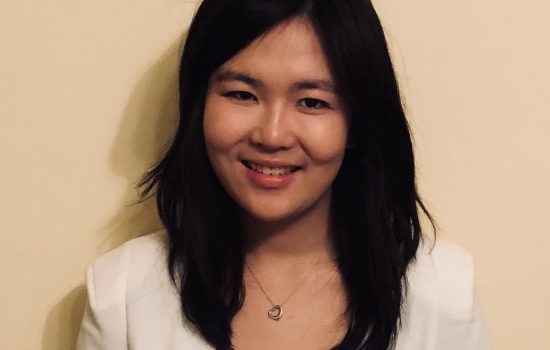 Grace Zhou works in Melbourne as a project manager at 2M, one of Australia’s leading translation providers, which followed an internship at the organisation.

She also credits the course’s profound orientation towards the working environment for her current role.

“My daily tasks involve interacting with clients and translators and performing quality assurance to deliver high-quality translations which meet the needs and expectations of our clients,” she said.

“I learned a lot from Monash, not only in terms of translation concepts, but also knowledge of professional practices as well as teamwork and the ability to take initiative.

“I also thoroughly enjoyed engaging with many different students from diverse backgrounds.”

Grace says there is incredible promise for work, particularly following the proliferation of freelance assignments that coincided with the advancing online world.

“Of course you can become a freelance translator or interpreter! This is becoming increasingly common nowadays. There are also some in-house positions available or the chance to interpret at international conferences,” she said.

Returning to Lyon, Rachel adds that taking language studies to the next level and applying them to improve cultural understanding makes total sense in our modern globalised society.

“Not only is it good for the brain, you’ll also be able to travel more easily, have access to more jobs globally and, perhaps surprisingly, you’ll learn a lot about how your own language works,” she said.

“In a world that seems to be becoming increasingly nationalistic, learning a foreign language helps break down borders.”

Have our MITS students and graduates inspired you to take up further studies?

Maybe you have an adeptness in multiple languages or an interest in working across industries from social sciences fields through to law, health or government.

Apply now for our MITS courses:

Applications for the single Master of Interpreting and Translation Studies

Applications are made online directly to Monash and include a semester 1 and semester 2 intake. The single MITS offers students the choice of two specialisations including:

As the only Australian university to offer this type of program, students graduate with two Master’s degrees – one from Monash and anther from an overseas partner institution.

During their studies, students spend one year at Monash and another year at an overseas partner institution, including:

Applications for the Double degree are made online directly to Monash and require an expression of interest.