European languages will provide a deep understanding of the connections between different languages and cultures, and their global impact over time. As part of the European languages study area, students can choose to specialise in Spanish and Latin American studies.

Spanish is spoken by more than 450 million people across 23 countries and is an official language of the United Nations and the European Union. It is one of the most important languages in global popular culture, music, literature, film, diplomacy, development and commerce, with increasing local importance as Australia engages more closely with Latin America.

Study for credit towards your degree in a Spanish speaking country.

Monash has one of the most established Spanish and Latin American studies programs in Australia and our highly regarded teaching program assists students to become global citizens. We cater for all levels of Spanish, from beginners to native speakers and your progression is tracked against the European Framework for Languages, an international benchmark.

Delve into the language and cultures through our study abroad opportunities in Chile, Cuba, Mexico, Spain and beyond. Living in a Spanish-speaking country, you can gain credit by spending six to twelve months studying or undertaking professional development through a unique agreement with the Spanish Ministry of Education.

We prepare our students for life-long engagement with the Spanish-speaking world, whether academic, professional or personal. You will also develop writing and research skills appropriate to advanced independent study. Learning pathways extend from first year undergraduate subjects right through to honours, masters and PhD study.

Non-beginners will complete an entry level test to determine their proficiency and initial enrolment.

Find out more about the Arts Graduate Research Program.

Spanish and Latin American studies staff, honours and postgraduate students are involved in innovative research in the following fields: 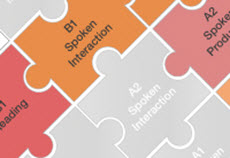