Emma is one of our Arts Global Scholars, this is a scholarship program available for Bachelor of Global Studies students. Emma Studied Overseas in Oxford University taking part in a History, Politics & Society Summer School. 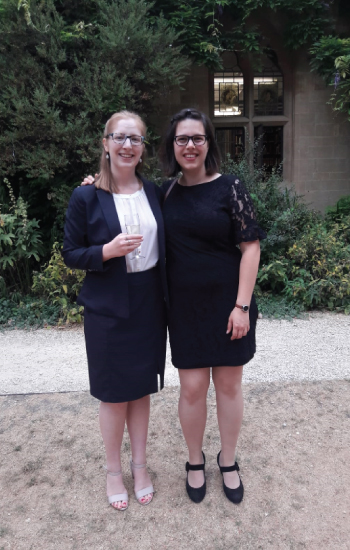 Earlier this year, I had the opportunity to study at Oxford University as part of the History, Politics and Society Summer School. The three-week intensive program included daily lectures by leading academics on subjects ranging from Turkey and the Middle East to the Cambridge Spies in the 1930s. I also took two seminars entitled ‘European Union Politics and Institutions’ and ‘Responding to Crisis: Refugees, States and Borders’.

As a history student, studying in a place with so much history was an incredible experience in itself. During the program, I stayed at Exeter College, which was founded over 700 years ago. After swearing an official oath in accordance with Oxford tradition, I was also given access to the Bodleian Library, which is among the oldest libraries in Europe.

The academic side of the program was intense, but highly rewarding. By the third week of the summer school, I was required to submit two research essays on migration, so I got to know Oxford’s libraries very quickly! I was fortunate to have the opportunity to study with Dr Othon Anastasakis, the Director of South East European Studies at Oxford (SEESOX), and Dr Mark Levene, Reader in Comparative History at the University of Southampton. In the seminar ‘Responding to Crisis’, we also had a session with a speaker from Refugee Resource, an organisation that provides psychological, social and practical support to refugees and asylum seekers in Oxford. As part of the module ‘Leadership for Social Change’ at Monash, I recently studied the mass flight from Syria in relation to Australia’s settlement services, so it was useful to learn about refugee crises from a European perspective.

There was more to the summer school than reading and essay-writing, though! One of the best aspects of the summer school was meeting students and teachers from around the world with a shared interest in history and politics. The social program was busy and there were plenty of opportunities to attend excursions around Oxford. One of the highlights was a day-trip to Stratford-upon-Avon, the birthplace of William Shakespeare, where we attended a performance of Romeo and Juliet at the Royal Shakespeare Theatre. There were also daily events such as debates, trivia nights, and open-mic sessions. Through these events, I was able to form many new international connections and friendships. 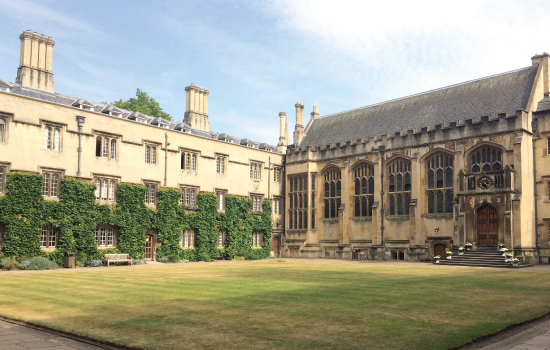 Working in an academically challenging environment with people from such a wide variety of backgrounds truly inspired me to keep learning and asking questions. Throughout the program, I was introduced to a range of subjects that I had never previously studied.

For example, I was fascinated and somewhat alarmed to learn about refugee crises caused by environmental factors including climate change. In some ways, the summer school revealed how much there is to learn and further encouraged me to seek new knowledge. I am so grateful to have had this experience, and I would encourage anyone thinking of studying overseas to embrace the opportunity!