Winuri - Washington and the World 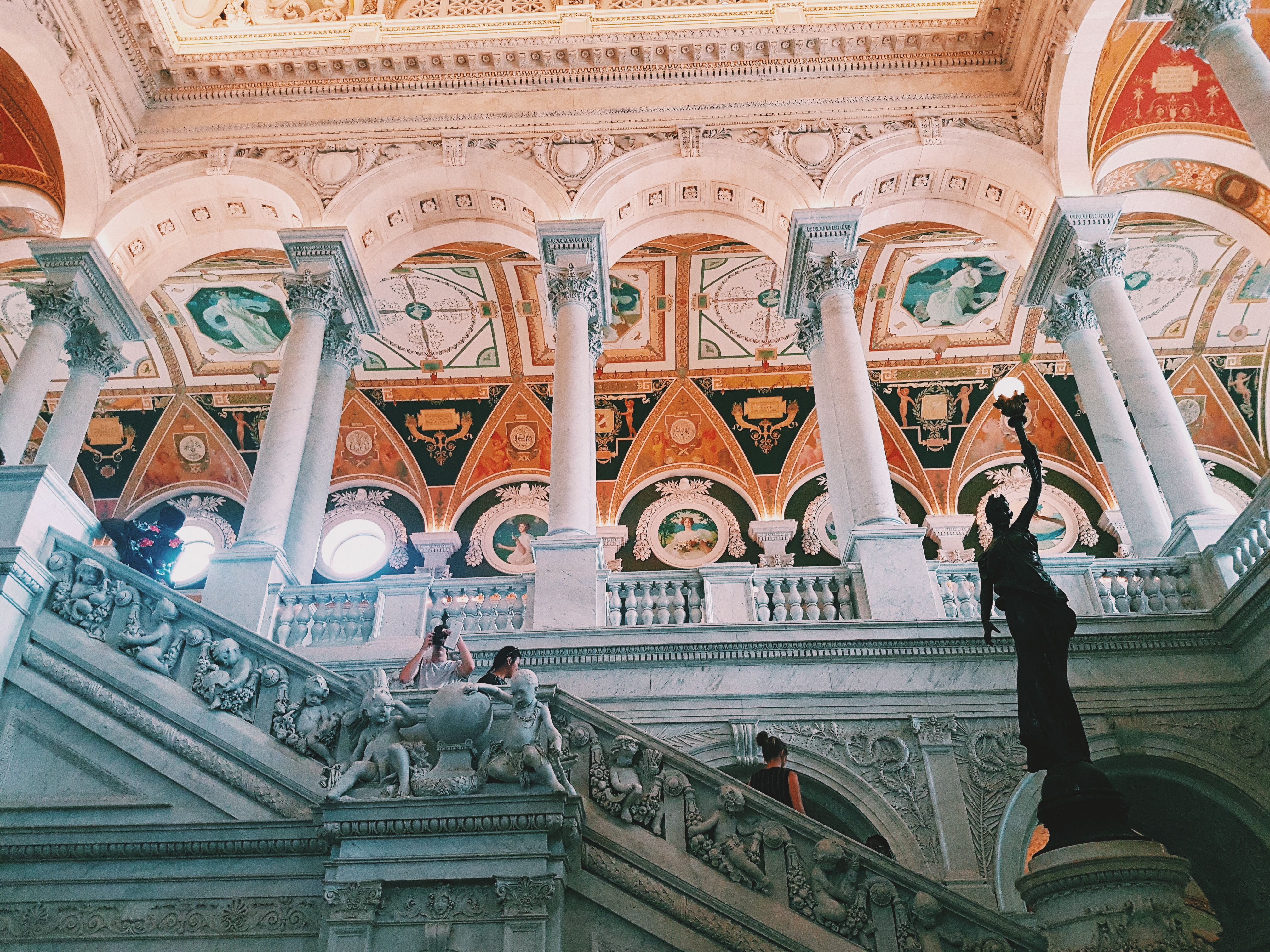 Flying into Washington DC at just past 11pm is like watching the opening scenes of your favourite political drama. Capitol Hill and the Washington monument are lit up against the indigo sky. Washington is covered by a veil of serenity. The city emits a warm glow of strength and safety. From a few hundred feet in the air, it is difficult to fathom the political and social turmoil of the DC.

There is something about Washington DC that makes you feel immensely small. Everything is grand and important. The mammoth buildings with a nod to French architecture, Latin carved into the façade. The food, people, transport, culture, everything is distinctly American. If you ever want to get a taste of the ‘American college’ experience that we watched in movies growing up- this study tour comes pretty close.

It is also so far from our Australian lifestyle. Don’t stand on the left side of the road waiting for the bus- it’s not going to arrive, do not order chips with your burger- it’s not hot chips, do not be distracted while waiting for the pedestrian light to change- there is no ticking when it’s time to cross the road- you will most likely be standing for a while, and never order an iced coffee from Starbucks. But apart from small cultural hiccups, Washington is an impressive city, whose rhythm we fell into very quickly.

My two weeks in Washington were life changing. I recognise the cliché, but I believe this study tour was a crucial point in my personal and academic life. It changed my outlook on international issues, took me into the heart of international relations and foreign policy, and pushed me into an environment and culture different to home. Through the lectures, field trips and a UN crisis simulation, I honed my critical thinking and international leadership skills, becoming more confident in dealing with IR subject matter and my discipline.

I have always believed that travelling is important for any global citizen, especially for students of international relations. And what better way to engage with the international order than spend two intense weeks in the capital of the global hegemon- the United States of America. This experience didn’t just expose me to foreign policy and politics, it immersed me in American culture. 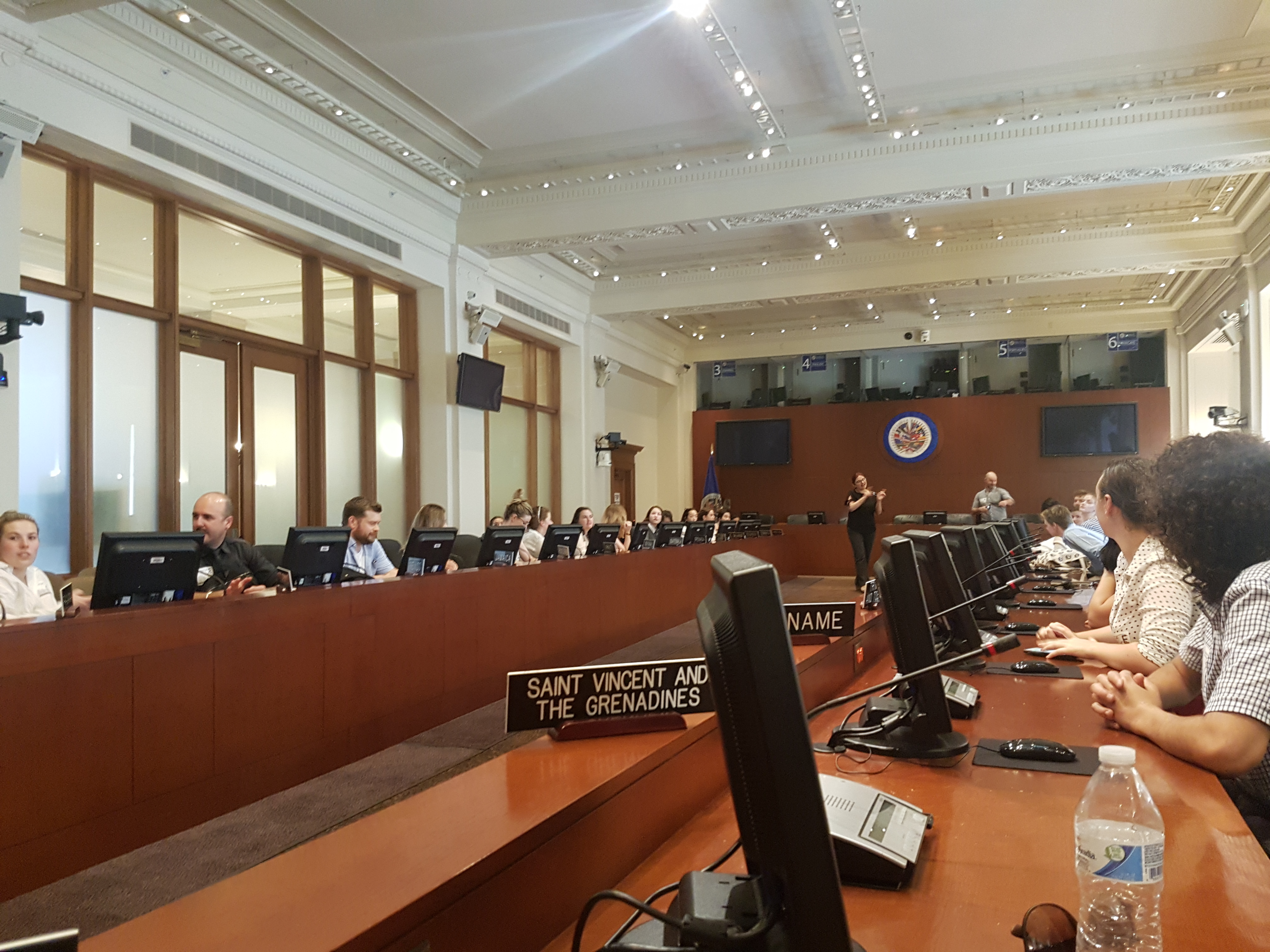 Engaging in activities which define the US is the best way to understand Americans. And so, we did. We took the metro every day, visited revered monuments, watched the 4th of July parade, spent most evenings in bustling Georgetown with its impressive array of dinner and entertainment options. My friends and I stumbled across Woodrow Wilson’s house on an impromptu train ride to Dupont Circle, found streets upon streets of embassies, accidentally had dinner at Filomena Ristorante, home to Reagan and Clinton’s favourite dishes, revisited the National Portrait gallery, made up excuses to talk to the Secret Police, walked around the White House block, capturing it in the most beautiful sunset, and almost daily walks to picturesque National Mall to view Lincoln “in different lighting”.

The academic focus of this trip was the Global Refugee Crisis. Our erudite American University lecturer, John Calabrese, is fantastic! He is a true New Yorker, so lectures are engaging, dynamic and fresh. The academic focus of this trip was the Still, it was the time spent out of American University that was the most enriching. Our field trips took us to think tanks, museums, international organisations and NGO’s. Each interaction exposed us further to the complex inner workings of this grand international order. Sitting in class, IR seems intangible, but when you engage with bodies like the World Bank, Organisation of American States (OAS) and Migration Policy Institute, the processes of the International order become clearer. I forged a much more nuanced understanding of how such organisations work and their hurdles to sustainable progress. I return to Monash, with a more complex view of international relations, its actors, driving forces and how my discipline can be useful across the globe.

The study tour is created to be a truly immersive experience. It is structured to encourage engagement with American society and its culture. In the height of American summer, the study tour begins just five days before the 4th of July. Everyone was buzzed as we got ready to spend a whole day absorbing as much of America as possible. The 4th of July parade is the highlight reel of America, her characteristics, her people. The multicultural floats which celebrated the diverse ethnic background of Americans, tributes to war heroes, a nod to feminism, the reverence of the military. I realised that at home, we criticise America’s history, its choices and foreign policy and at most times rightly so but visiting the National Archives and seeing the Declaration of Independence, Bill of Rights and America’s Constitution on her day of independence was an experience in itself. It encouraged us to think of the America her forefathers had intended her to be, the vision of America which citizens and exceptional leaders are striving to make a reality. 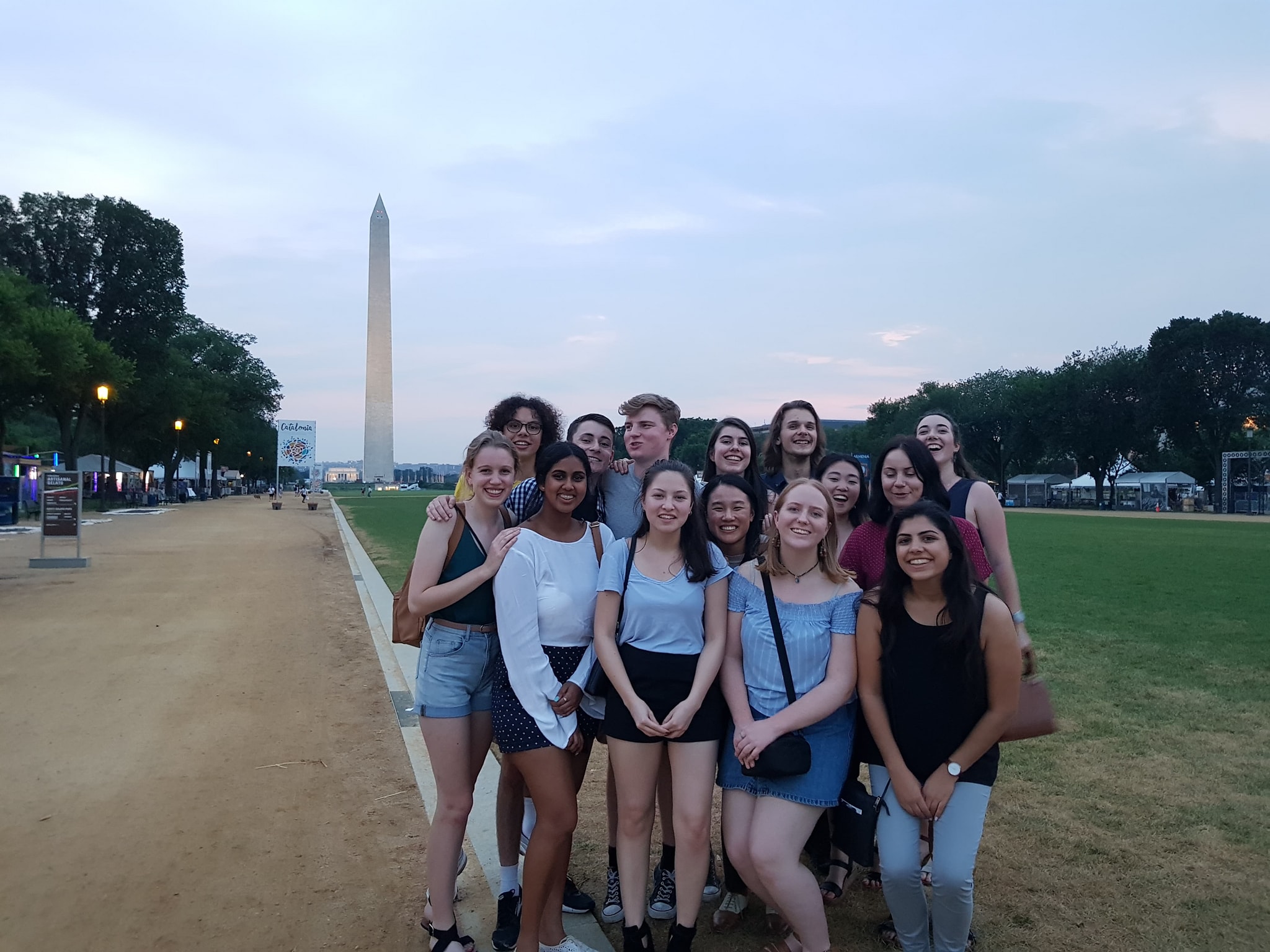 And I look to America now, and I see hope. Seeing the make-up of America’s current Congress gives me hope, seeing the revolution Alexandria Occasio-Cortez is making, the change our politically engaged generation will make. America is changing and it will change yet again. The power lies with the people in power.This is a sentiment that was constantly reinforced across my two weeks in DC. And I see this statement ring true every news cycle. The power lies with the people in power and citizens must ensure that it is the right people, the ones who espouse true American values that get this power.  It only then that we will see crises like the Mexico border wall get addressed and sustainable solutions formed, not for the migration crisis but for international and national issues: climate change, equal pay, gun violence, education and healthcare.

I do not think that the frenzy in Washington will ever cease, but that is where the attraction to DC stems from. Washington will always be a city of bustle, importance, power and hope. It is a city uniquely built for a great career in international relations, diplomacy and politics. I flew into DC seeing America in black and white. I left with a greater sense of the nuances that exist in power politics and progress. My two weeks in Washington enlivened me. I eagerly await my return to Washington DC and to one day call this city home.