This site contains news about the project’s publications, media commentary, podcasts, and related public and scholarly activities (please see the “On this site” menu for details). It is designed to be an evolving resource for those interested in the intersections between mobile, digital and sports media research. It also lists books and articles that critically analyse the markets and industries that place entertainment into the palms of our hands.

What is the Mobile Media Sport Moment Investigating?

The Mobile Media Sport Moment is a major research project that investigates how smartphones, tablet computers and mobile communications are transforming the production and circulation of media content in broadband economies around the globe. Recognising the phenomenal popularity and value of sport as a “premium” form of content, the focus is on how sport affects the structure and operation of mobile media and telecommunications markets. The aim is to explain how and why sport is embedded in the interaction between markets, industry practices, policy settings, and new consumer devices. Achieving this aim will, in turn, generate new insights into the overall dimensions of mobile media markets and technologies.

What is the Scope of the Project?

The project is international in scope. It involves the collection and analysis of extensive evidence drawn directly from sport, media, news, technology and telecommunications industry decision-makers based in Australia, the UK, US, Europe and Latin America. It also encompasses fieldwork and formal collaborations with project partners in the UK (2015), US (2016), and China (2017). These overseas visits will allow examination of mobile media services and practices over the course of a sports “mega-event”, including the Rugby World Cup, the summer Olympic Games, and the National Games of the People’s Republic of China.

Markets, technologies and power are key themes used to guide the research over a four-year period of investigation, analysis and writing.

Technologies. Globally, it is estimated that the number of mobile devices and connections increased to 7 billion in 2013, up from 6.5 billion in 2012. Smartphones accounted for 77 percent of that growth, while the number of mobile-connected tablets also increased to 92 million. The rapid spread of mobile technologies is undercutting the boundaries that have historically separated the media, telecommunications, and information technology sectors. This project is helping to address the assumptions that have solidified around these boundaries, with the growing functionality and capacity of smartphones and tablets affording insight into a “larger, messier media and communication ecology” in an age of mobile media.

Power. Who wins, who loses, and how from the rise of mobile and wireless communications? Sport opens a window onto many of the winners and losers in the digital and mobile media marketplace. It also serves to identify those groups and individuals who are made most visible, as well as those who struggle for visibility and attention. Attuned to the issues of participation and access, this project considers different dimensions of sport and mobile media, including men’s leagues, women’s competitions, major events, fans, apps, online video, social media, journalism, fantasy sports and games, and wearable media. 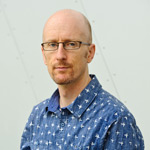 A pleasure to collaborate with @MarkAndrejevic on a new article in International Journal of Communication: 'Olympia… https://t.co/KY4YNcN1t4

RT @SenKimCarr: Only last week the ARC confirmed that there have been no breaches. So on what evidence is the minister making this claim?…

RT @SenKimCarr: So @DanTehanWannon has vetoed ARC research project recommendations just like his predecessor @Birmo. Only this time it’s…

Yup. Only made worse by the equivocating by those in the game. Usual tripe about not all footballers to follow. It… https://t.co/y6DBzMw7o2