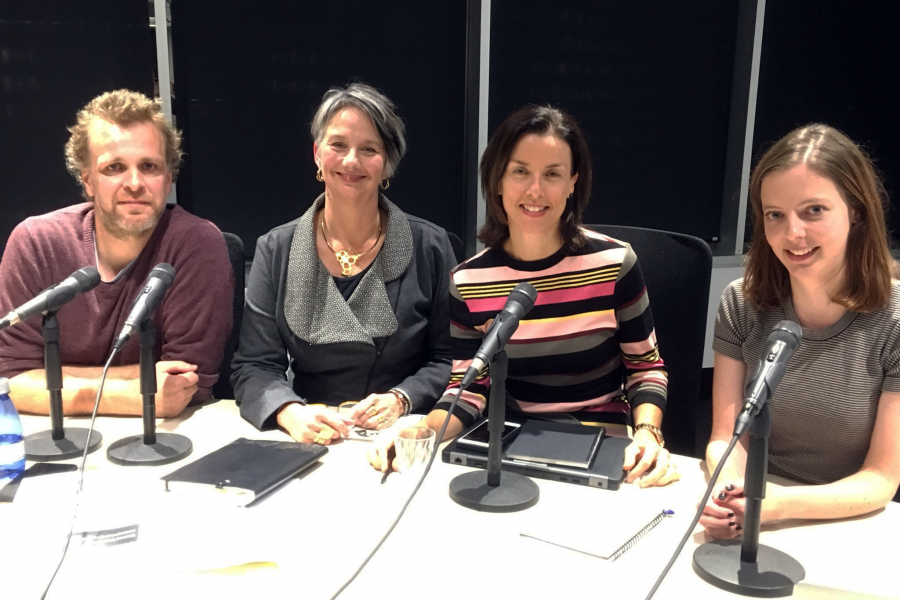 The second in the Media Matters panel series took place on 28 May 2018: Blurred Boundaries: Podcasting as a new journalistic frontier.

Chaired by Associate Professor Mia Lindgren, Head of School of Media, Film and Journalism, the panel explored podcasting as an example of the way in which journalism’s frontiers are being blurred, broken down and expanded in today’s media environment.

Kellie Riordan, Manager, ABC Audio Studios spoke about the shift from broadcast to podcast from within the ABC and the new podcast-first driven programs such as Unravel.

Sam Loy, Independent Producer, Human/Ordinary Podcast talked through his experiences as an independent podcaster in Australia, and the challenges of finding sponsors and maintaining editorial independence.

Britta Jorgensen, Radio Producer and PhD Candidate, Monash University, concluded the panel with a reflection on the changing landscape of journalism and the role of independent podcast producers practising journalism as non-professionals within this space.

A question and answer session followed the panel.