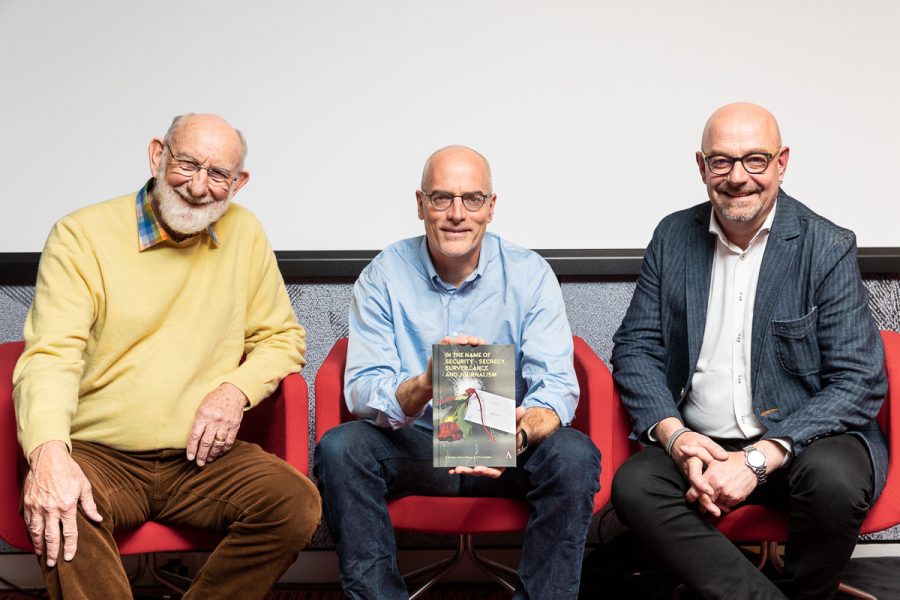 Dr Denis Muller, Professor Mark Andrejevic and Associate Professor Johan Lidberg at the book launch of In the Name of Security – Secrecy, Surveillance and Journalism.

Monash University’s acting head of journalism Associate Professor Johan Lidberg and his co-editor Dr Dennis Muller celebrated the launch of their book, In the Name of Security – Secrecy, Surveillance and Journalism, at the Monash Arts event, Creative Directions, on October 4.

Monash School of Media, Film and Journalism’s Professor Mark Andrejevic launched the book at the Caulfield campus during the successful event.

The book, published by Anthem Press, analyses the impact that increasing national security measures, anti-terror laws and post 9-11 mass surveillance cultures have had on in-depth independent journalism across the Five Eyes (Australia, New Zealand, UK, US and Canada). 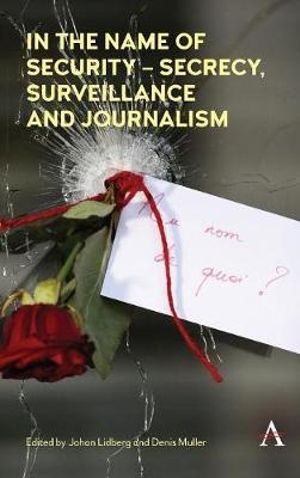 In the Name of Security – Secrecy, Surveillance and Journalism.

“The book has found that in the post 9-11 era, it has become harder for journalists reporting on issues of national security (particularly with regard to accessing information) and it has also become increasingly difficult to protect sources,” Associate Professor Lidberg said.

Associate Professor Lidberg said in Australia alone, 60 new laws had been passed in the name of national security.

“The frenzy is being fuelled by a fear-driven paradigm: one in which the government uses fear around terror attacks to claw back civil liberties,” he said.

The terrorist attacks on the World Trade Center in New York on 11 September 2001 saw the start of the so-called war on terror. The aim of In the Name of Security – Secrecy, Surveillance and Journalism is to assess the impact of surveillance and other security measures on in-depth public interest journalism. How has the global fear-driven security paradigm sparked by 11 September affected journalism?

At the core of the book sits what the authors have labelled the ‘trust us dilemma’. Governments justify passing, at times, oppressive and far-reaching anti-terror laws to keep citizens safe from terror. By doing so governments are asking the public to trust their good intentions and the integrity of the security agencies. But how can the public decide to trust the government and its agencies if it does not have access to information on which to base its decision?

In the Name of Security – Secrecy, Surveillance and Journalism takes an internationally comparative approach using case studies from the powerful intelligence-sharing group known as the Five Eyes consisting of the US, Canada, the UK, Australia and New Zealand. Chapters assessing a selection of EU countries and some of the BRICS countries provide additional and important points of comparison to the English-speaking countries that make up the Five Eyes.