MFJ Masters graduate Vijay S Paul is a young entrepreneur and engineer from India. Vijay always has his hands full with designing, writing, conducting seminars and social media marketing. He sold his start-up ‘IZE Creative’, which he created in September 2011, in order to pursue a Masters of Communications and Media Studies at Monash. During our interview, Vijay mentioned how hard it was to leave behind his life in India to pursue further study, telling me “the most difficult thing was to sell my start-up, even though it later funded a major part of my Masters. It wasn’t easy to leave everything behind at such a point when I was doing fairly well for myself, and come to Melbourne.”

Vijay’s journey at Monash has been fascinating. He faced some issues in meeting the entry requirements for his course, but he took a leap of faith to follow his passion to pursue further study at Monash. Vijay wrote a letter to Associate Professor Tony Moore, who was Course Director at the time. Professor Moore was very impressed with his enthusiasm.

As Vijay and I spoke about his time at Monash, he gave very positive feedback on the both the course and the university. He said that the academic structure at Monash pushed him out of his comfort zone and made him utilize critical thinking in his assignments. He also loved that he had the freedom and flexibility to follow his interests and work in his own manner as he completed his Masters.

“Units like Creative Cities, Issues in International Communication, and Industry Project have topped my charts as a student. Every assignment I did had a personal connection with me. That’s how I made sure I did justice to it.” 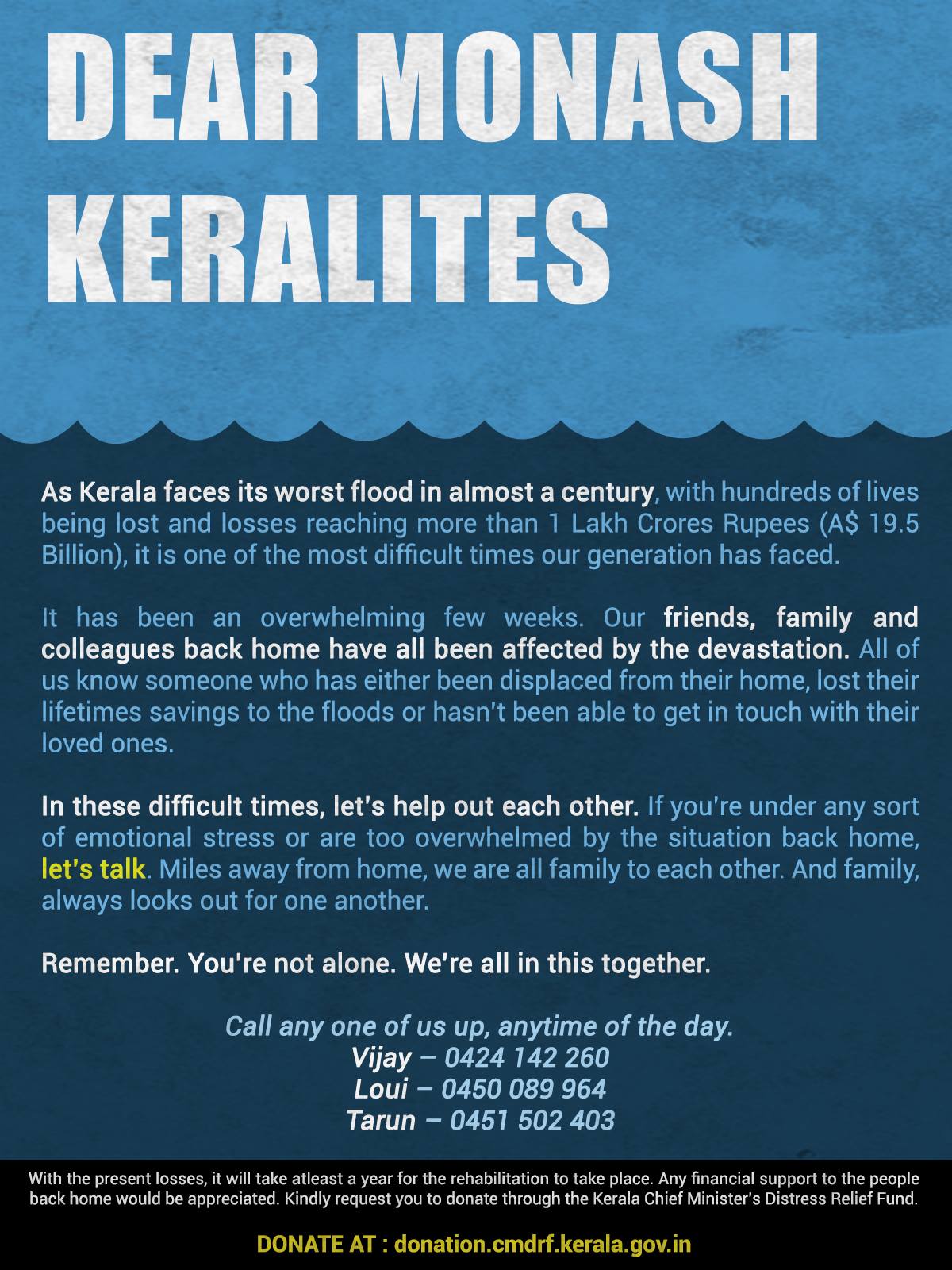 In Melbourne Vijay may be far from his home state, Kerala, but he remains involved with his community. In 2018, monsoon rains led to devastating floods in Kerala. These affected thousands of people. From his new home of Melbourne, Vijay went a step ahead in helping the victims, raising funds and maintaining the database of the affected people. He used his final semester research paper to explore how social media can be used in disaster management.

When Vijay is not working, you will find him either reading, checking out his next adventure destination – one of his most interesting expeditions has been riding 5398kms over the span of 26 days from Delhi to Kanyakumari, which is literally going from the north to the southern tip of the country – or writing on his blog. Vijay sees his blog as blank canvas to paint with his words. His writing on the youth’s involvement in the Indian Lok Sabha elections 2014 and the rise in the start-up culture in India had a reach of more than 2000 within the first hour, creating a buzz in the society.

While mentioning the difficulties he faced in Melbourne, Vijay spoke about his experience during his first semester while looking for a job. He applied for 153 part-time jobs, to no success, and later worked at a convenience store for seven months. He appreciates the dignity of labour in Melbourne and was happy to later take up a role at Monash Arts Events in November 2017 which was pursued by him until he graduated in December 2018. 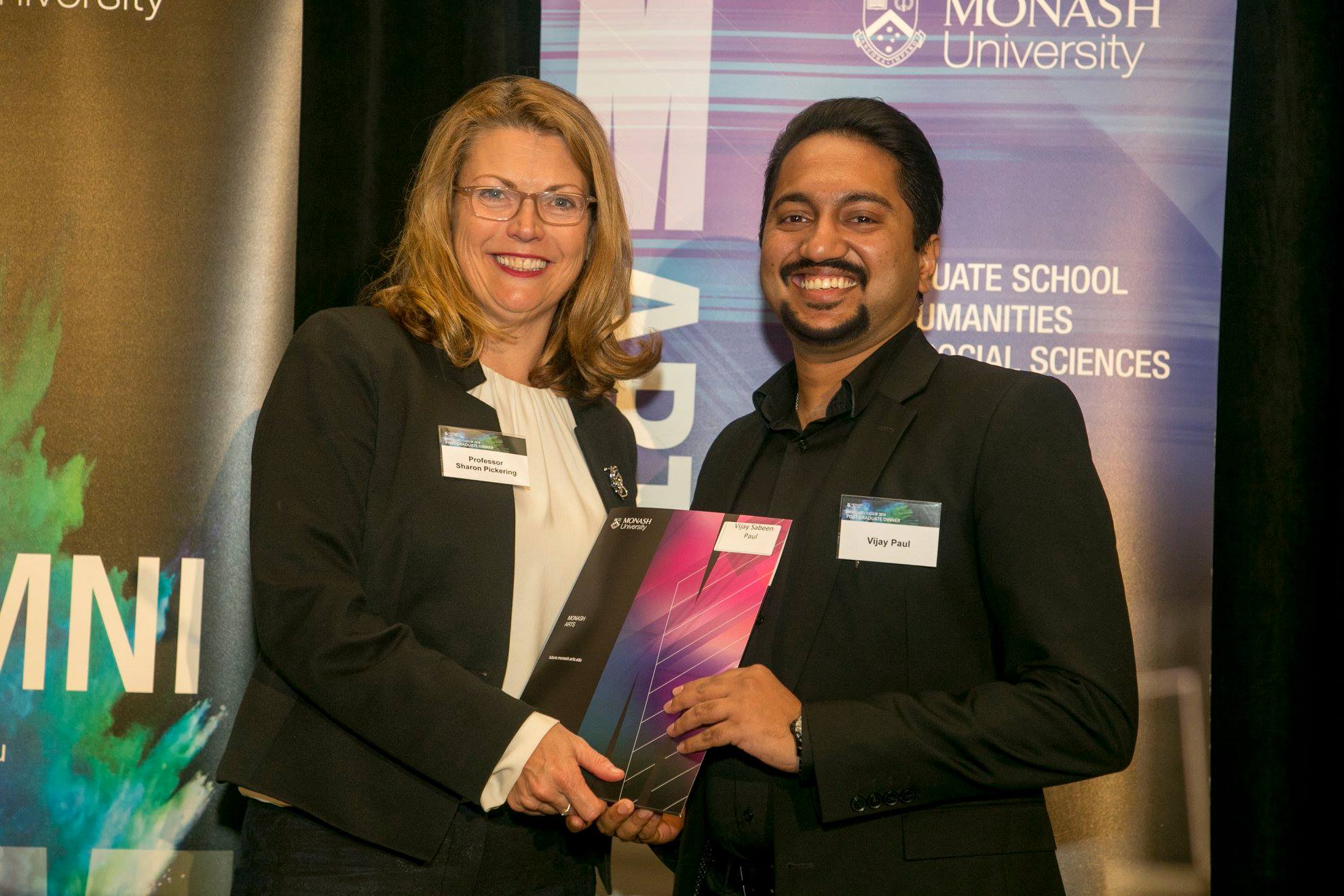 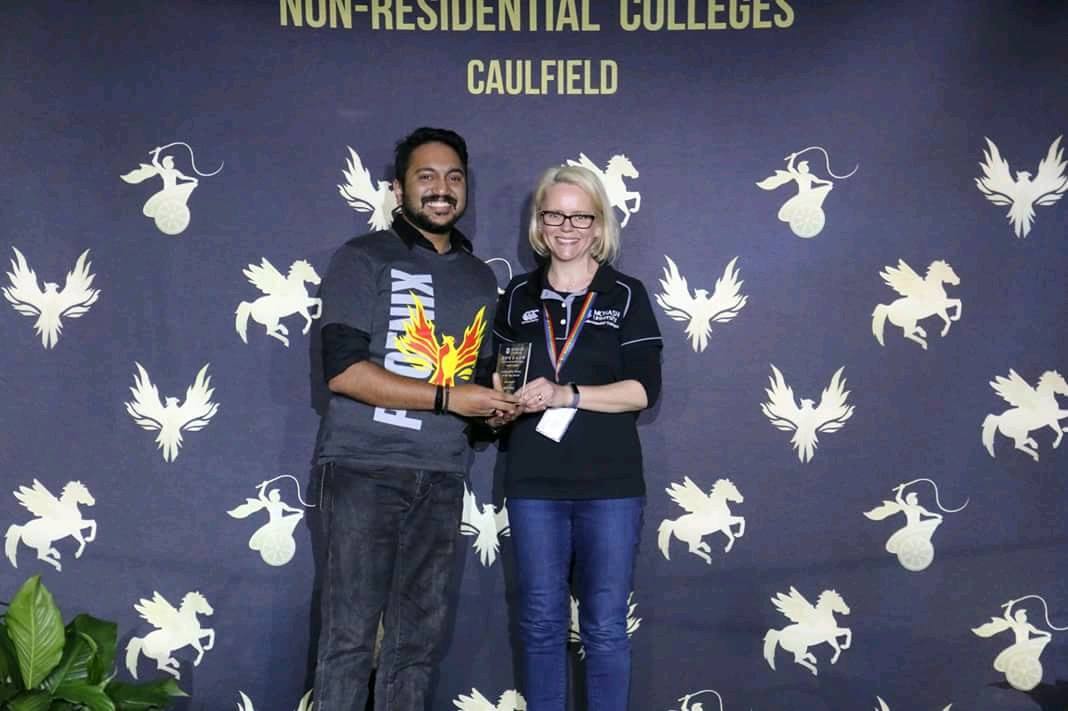 Vijay’s consistency and dedication in applying for jobs helped him find one with the Monash FAST team, which focuses on providing various professional services across different domains within the University.

Vijay mentioned, “In order to survive here, the local experience and networking is very important. When I say networking, I don’t mean adding a connection to your LinkedIn. I believe in making fewer relations but strong ones. That is my definition of networking.” Vijay’s most memorable experiences include his relationships with his lecturers, which he believes to treasure forever.

As I chatted with Vijay, I came to understand him as a very resilient man. He has faced a lot of challenges but he has met them all with a lot of hard work, determination and a smile. His journey is a great example for current Masters students to look up-to!

Link to his blog: www.vijayspaul.com