Up close and personal with Tokyo correspondents - and Kim Kardashian 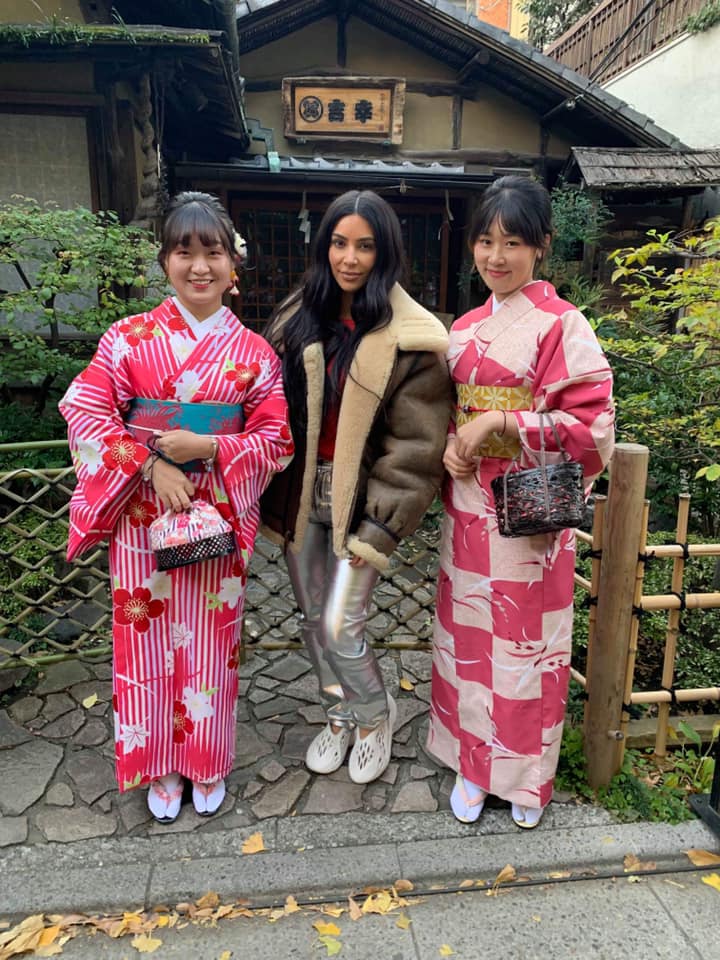 
Monash University Masters' students were stunned when American celebrity Kim Kardashian approached them in Tokyo during a journalism study tour.

During their chance meeting, Kardashian asked Lucy and Wendy to photograph her with her family.

Kardashian reciprocated and the lucky Monash students were touched by her friendliness.

The students’ Kardashian encounter was published worldwide after Hollywood website E! News picked up the story in suburban Tokyo. 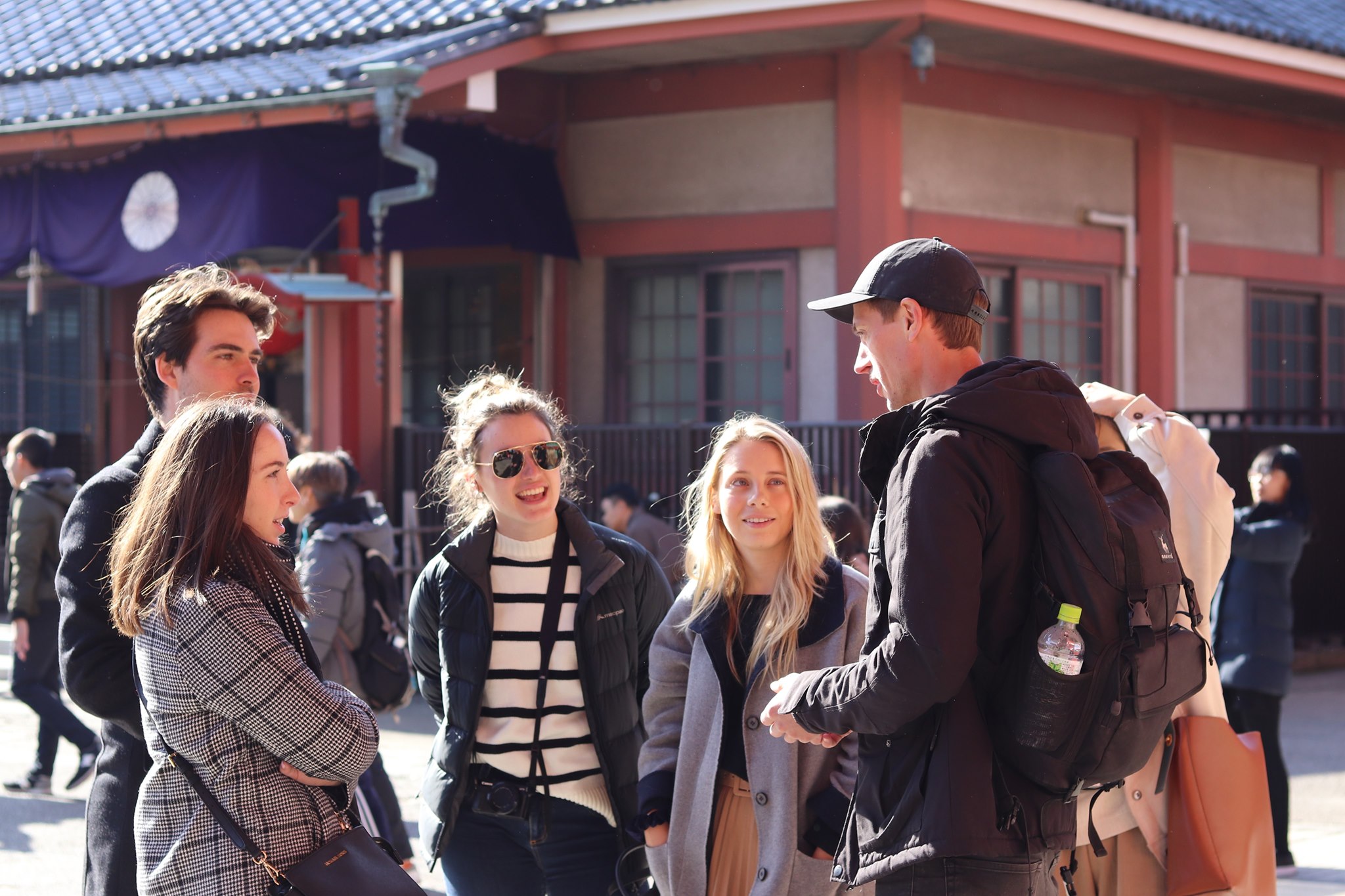 Soon after this mind-blowing encounter, the 20 journalism, media and communications’ Masters students met with Tokyo journalists to experience the tantalising world of foreign correspondence.

The tour took students to the heart of Tokyo to visit the bureaus of The Wall Street Journal, The New York Times and Bloomberg during December.

They also met the chief correspondents from The Washington Post, The Straits Times, The Times of London, The Financial Times and the ABC.

Students learned about reporting from another country and explored how correspondents face the challenges of newsgathering in a language they don’t always speak. 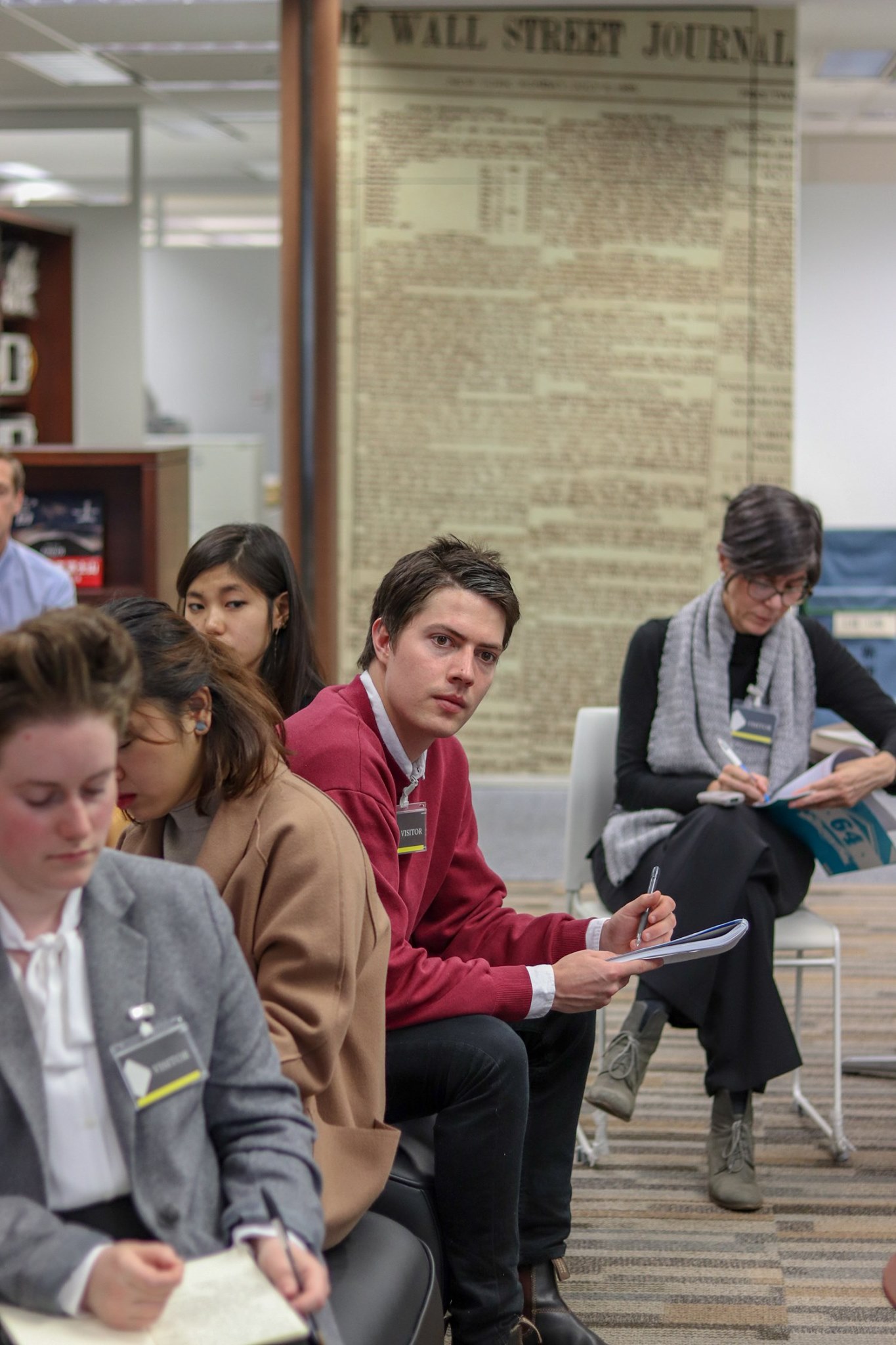 Students also had the opportunity to learn about the impact that digital disruption has had on foreign reporting, as the internet has reduced the need for large foreign bureaus at most organisations.

What resonated was the need to have a sense for what was both newsworthy in Japan and what was relevant to an Australian audience and to balance the two in coverage.

Students also had the opportunity to visit the Tokyo Olympics media unit and learn about the preparations for journalists to cover the 2020 Olympics.

The students emerged impressed by the role foreign media has played in Japan in covering stories often avoided by domestic media.

The trip has been an inspiring primer on how to both become and report as a foreign correspondent.

“The English-speaking correspondents provided our students with first-class anecdotes about their working life – and the confronting reality of reporting throughout Asia, particularly the Koreas and Japan,” Mrs Tullberg said.

“The journalists were incredibly generous of their time.

“They allowed students to develop ideas for their research projects, while engaging with each other’s viewpoints over the current state of journalism internationally and within Japan.”

The trip featured several cultural highlights, including a perfect day for sightseeing at Mount Fuji. 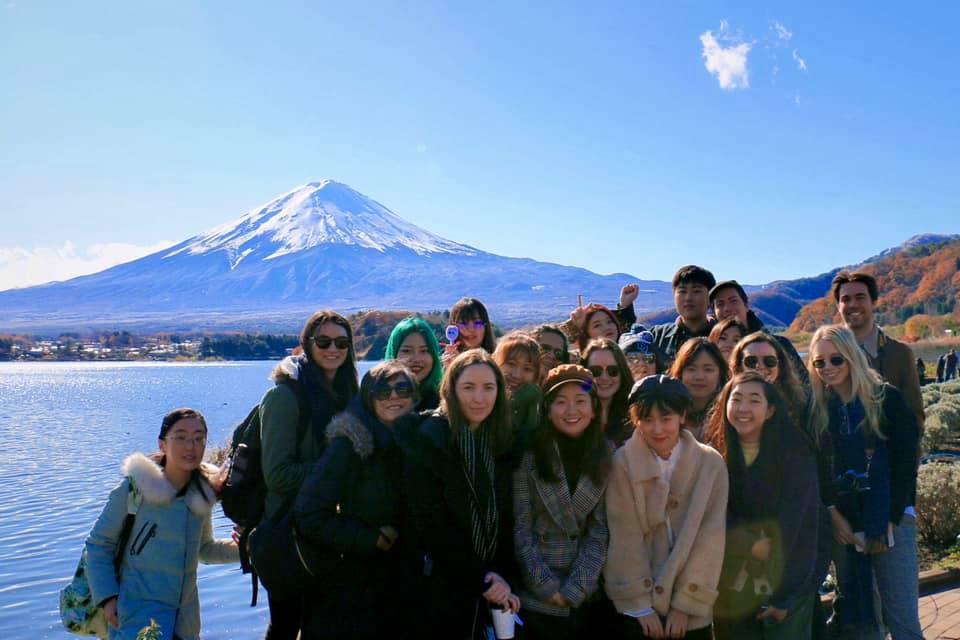 The students visited Asakusa, which has retained remnants of old-time Japan, while vibrant hubs such as Shibuya, Harajuku, Akihabara and Shinjuku were student favourites.

The teamLab Borderless, a digital art museum that provides sculptures of colourful, moving light, proved a popular finale to the Tokyo tour.