Belinda Smaill is an Associate Professor in Film and Screen Studies in the School of Media, Film and Journalism at Monash University. For more than two decades she has been researching nonfiction and documentary screen culture. Recently her work has focused on the ethical, cultural and institutional issues that pertain to the presentation of the environment and biodiversity on screen. She is the author of The Documentary: Politics, Emotion, Culture (2010), Regarding Life: Animals and the Documentary Moving Image (2016) and co-author of Transnational Australian Cinema: Ethics in the Asian Diasporas (2013).

She is the co-executive producer (with Prof. Therese Davis) of the podcast series Seeing Green, which reviews Australian film classics through the lens of contemporary environmental concerns, evoking new interpretations that recast our national cinema for present day audiences.

Belinda Smaill is the lead researcher on the ARC Discovery Project “Remaking the Australian Environment Through Documentary Film and Television.” Her article in Screen,“ Petromodernity, the Environment and Historical Film Culture,” is an example of recent research undertaken as part of the project.

Deb is a scholar and oral historian in the School of Media, Film and Journalism, where she coordinates foundational units in the practice and study of journalism. She developed a passion for journalism while working with the quality press in Australia and Britain (1999-2012), including a decade with The Age newspaper in Melbourne, before joining Monash as a lecturer in 2013. Her research draws from the methods of oral history and cultural journalism to explore the experience of extreme weather events and the impacts of climate change. She has published on the millennium drought, Black Saturday bushfires, Queensland floods, and cyclones Larry and Yasi, and since 2019 has been investigating the broader ethical challenges of disaster reporting, with the support of the Journalism Education and Research Association of Australia. As a recipient of a State Library of Queensland John Oxley Library Fellowship in 2020, she has been recording a new oral history collection on women's significant roles in advancing knowledge and protection of the Great Barrier Reef. 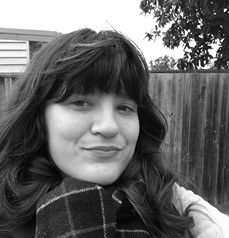 Melanie Ashe is a PhD candidate in Monash’s school of Media, Film and Journalism. Her research explores how resource extraction and management has shaped the Australian moving image and its surrounding industry and cultures, focusing on the region around Broken Hill as a case study. Her research is part of the Australian Research Council funded project, ‘Remaking the Australian Environment Through Documentary Film and Television’.

Previously, she worked in Environmental Communications before completing her Masters in Film Studies at Concordia University in Montreal. Her writing on sustainable film production in Hollywood has been published in Media Industries (link ‘Media Industries’ to https://doi.org/10.3998/mij.15031809.0006.101). She has also published criticism on pop culture in Reinvention, Peep Hole and Screen Hub.  Melanie is the Education Coordinator for the Melbourne Women in Film Festival where she has programmed educational sessions for high school students and facilitated filmmaking workshops for aspiring filmmakers. She makes experimental films in her spare time. Ben Glasson is a postdoctoral research fellow in environmental communication in the School of Media, Film & Journalism. He is a passionate researcher of the political dimensions of environmental discourse, with a focus on the critique of corporate environmentalism. Ben's academic work is situated at the intersection of environmental political theory and media and cultural studies. He is involved in the ARC Discovery Project "Sport as a Communication Platform for Environmental Issues" with Profs Brett Hutchins, Libby Lester, and Toby Miller. In that capacity he engages with the sustainability communication of the Olympic Games as host of carbon-intensive mega-events. He has published research in Communication and Critical/Cultural Studies, Continuum: Journal of Media & Cultural Studies, the Journal of Political Ideologies, and Psychoanalysis, Culture & Society. He is a member of the  Climate Social Science Network based at the  Institute at Brown for Environment and Society 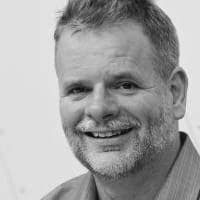 David Holmes is Director of the Monash Climate Change Communication Research Hub as well as Communications Lead for the Australian Government’s National Environmental Science Program, Climate Systems Hub. Trained in the sociology of communications, his research explores the interrelations between media, science communication and climate change.

He is co-editor of the Edward Elgar Research Handbook in Communicating Climate Change and also conducts field research into audience views of climate change beliefs, literacy and behaviour response. Having authored the first ever chapter on the sociology of climate change in an Australian sociology textbook (Holmes D, Hughes K and Julian R, (2012) Australian Sociology: A Changing
Society, David is committed to inter-disciplinary responses to climate change. David is well connected to the Australian climate science community and a National Council member of the Australian Meteorological and Oceanographic Society. David was columnist for The Conversation from 2013 to 2018 with a column analysing the communication of climate change in Australia, publishing over 90 articles in that time. His articles have also appeared in SBS online,  Business Spectator (The Australian), Reneweconomy, Independent Australia, and CNN. 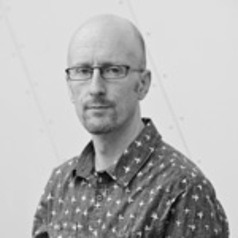 Brett Hutchins is Professor of Media and Communications Studies and Deputy Dean (Research) in the Faculty of Arts. His research investigates the social, economic and political implications of environmental and technological transformation. These transformations are explored through case studies that examine environmental communication, sports media, digital and mobile media, and news and journalism. He is the author or editor of five books, as well as numerous journal articles and book chapters published in leading Communications and Media Studies outlets. Brett hosts the Media Sport Podcast Series and is also a regular media and public commentator on research-related topics and issues. Aneta teaches and researches in cultural and media studies, in the School of Media, Film & Journalism. Her key research interests include media activism; the relationships between everyday media and consumption practices (e.g. related to thrift or digital marketplaces); and media and environmental sustainability.

Aneta has worked as part of collaborative, interdisciplinary research teams with a range of industry partners from across governmental, not-for-profit and commercial sectors. She is currently a Chief Investigator on an international project called ‘Autowork: Workers in transition through automation, digitalization and robotization of work’. 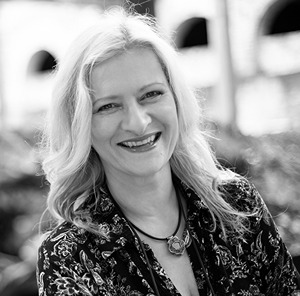 Alison Stieven-Taylor is a media communications professional. She teaches in Journalism, PR and Strategic Communications in Monash’s School of Media, Film and Journalism where she has coordinated the undergraduate units Fundamentals of Journalism and Public Relations Foundations and developed the third year unit Critical Issues in Public Relations and the Master unit Crisis Communications and Issues Management. Alison’s research interests focus on visual communication in the digital media space. Her latest research project comprises a series of vlogs (video interviews) with international photojournalists who share their experiences of working during the pandemic. She is currently writing her PhD investigating visual journalism and social change and the ways in which freelancers are challenging media representations of social issues including climate change. 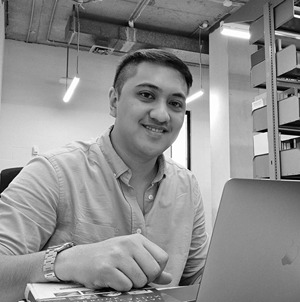 Jason is currently pursuing his doctoral degree at the School of Media, Film and Journalism, Monash University. His thesis project explores how the Southeast Asian Games, a regional mega sport event that began in 1959, has been used by Southeast Asian nations as a platform for the mediation of their cultures, identities, and worldviews. Prior to that, he has taught units in communication and media studies, journalism, and broadcast communication in the Philippines.  His main research interests are eco-media, media history, indigenous media, sports communication/media, and Southeast Asian media. He co-edited the book  Environment, Media, and Popular Culture in Southeast Asia, published by Springer in 2022. He also manages the Melbourne Cineverse Film Festival and the Hybrid Genre Film Awards, organized by The Ziggurat International Media Group in Melbourne. 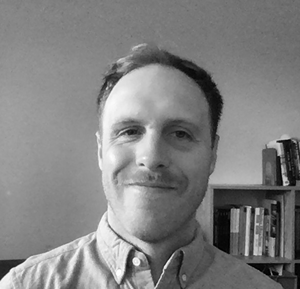 Simon is an early career academic working as a Research Associate and a Sessional Teaching Associate in Monash's School of Media, Film and Journalism after receiving his PhD in 2019. His primary research investigates cultural politics relating to media framing of the environment and the nonhuman, with special interests in screen-based cultural imaginaries and contemporary environmental exigencies. An in-progress book manuscript, Cinematic Encounters with Disaster, examines how disaster movies from Hollywood and elsewhere, including documentaries, configure different kinds of ethical encounter between humans
and nonhuman forces, and he has published articles in Studies in Documentary Film, NECSUS: European Journal of Media Studies, and The Neutral Graduate Journal of Cinema and Media Studies.