My research interests include multilingualism, translanguaging practices, vernacular languages, Hip Hop music, transcultural identities, issues around migrants and second/third generations especially from the language and identity point of view. I am also interested in the translation of slang. My working languages, besides English, are Italian and French. A little bit of Arabic as well.

Doctoral project: ‘Stage Blood is Not Enough: Autobiography and Performance in an English Translation of Yukio Mishima’s Kyoko no Ie’

For my research I am undertaking a translation into English of Yukio Mishima’s 1959 novel Kyōko no Ie (Kyoko’s House). The novel represents a turning point in Mishima’s career – while his earlier novels focussed on the individual, Kyoko’s House focuses more broadly on the postwar era and its difficulties. The plot examines the lives of four young men, who are often read as representing different aspects of the author’s personality, and is considered to foreshadow Mishima’s own slide into right-wing extremism, and later ritual suicide. I believe that this reading is overly-simplistic, and I hope to make this novel available to readers of English, to allow them to fully enjoy this novel’s complex philosophy, along with its portrait of postwar Japan.

My early research has looked into postwar Japan’s view of itself, which is made more complex by Mishima’s recurring motifs of masks and constructed identities. I have also examined the role social memory and the repression of pain and individuality in 1950s Japan, and the sense of nostalgia some Japanese felt for the pre-war and wartime periods. Recently I’ve been examining the reasons the critical reception of Kyoko’s House was so cold upon its release, and questioned whether this critical reception is part of the reason the novel has so far been unavailable in translation. My research is both practical and theoretical, attempting to both offer the novel to English readers in translation, as well as create a critical framework to discuss the way the novel speaks to 21st century readers, based on associated readings from both Japanese and English.

Basil is a doctoral candidate in the Historical Studies Program, Faculty of Arts, at Monash University. He researches language reform and language policy in contemporary Japanese and East Asian society, and is particularly interested in the various overlaps and dissonances in top-down policy formulation and grassroots reform affecting written Japanese. Basil teaches language, social sciences, and historical studies units as a sessional tutor in the Faculty of Arts at Monash University. His hobbies include swimming, playing tennis, cooking, and playing chess.

My research focuses on political stances on integration, specifically in regards to citizens and migrants of Muslim background in France and Australia. My PhD looks at measuring the mainstream political left view of Muslim integration in these two countries. My past research considered political reactions to "Muslim headscarves" in France and the role of history as a justification of these reactions.

Title: Intercultural practices and support services relating to migrants and refugees in Australia and Italy.

Providing support services for the settlement of refugees and asylum seekers is an increasing concern that is intensively debated at international level. Nonetheless, the effective provision of these support services is rarely investigated. This topic will be explored from an intercultural perspective, considered by scholars as an appropriate approach to create and maintain constructive relationships between different levels of the framework. The concept of interculturality will be examined within the context of support services provided by organisations directly involved in the promotion of the resettlement of refugees and asylum seekers. The research will consider NGO and CBO policies and the effective exercise of intercultural practices within the ambient of their activities. Drawing on a comparison between issues concerning refugees in Italy and Australia, the role of intercultural communication will be explored through an in-depth analysis of intercultural practices and their efficiency in supporting the process of re-socialisation of refugees and asylum seekers. Humanitarian organisations, nine in Italy and six in Australia, will provide the basis for a total of fifteen case studies. This research aims to explore practices relating to intercultural communication that contributes to the resettlement process of humanitarian immigrants.

My current research examines the status of translators who work into and out of their first language. The aim of my research is to investigate how the competencies of translators are theorised, practiced and perceived by translation scholars, practitioners, policymakers and industry stakeholders, both in Australia and across the world. For this research I employ the constructivist grounded theory method. Findings from my research will inform policy and practice in a dynamic, everchanging translation environment. My working languages are French, English and Romanian. I also work occasionally with Indonesian.

Cristina Savin, The making of a translator: from seed to harvest, AUSIT in Touch, Volume 28, Number 2, Winter 2020 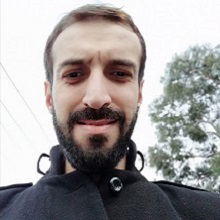 Hamza’s research examines the news translation outputs of CNN, BBC, Al-Jazeera, and Al-Arabiya in their coverage of the Middle East refugee crisis. The primary aim is to investigate how news translation acts as a discursively communicative practice that refits a foreign discourse situation into the socio-cultural context of the target language. In the context of the Middle East refugee crisis, such function manifests in the representation of the socio-cultural other (the refugees) to the intended community of coverage (citizens of potential host countries). 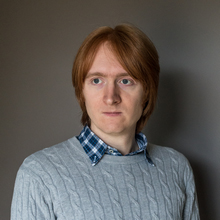 Haydn's research examines how the Japanese deictic system can be employed in certain ways to reflect mind-style in literary texts to provide insights into the complex states of mind exhibited by key characters, and explores how these techniques might be recreated in English translation. By drawing on the three disciplines of translation studies, literary studies, and contrastive linguistics, he investigates how certain usages of the Japanese deictic system affect narrative discourse, voice, and focalization to create modes of expressing mind-style that do not easily map onto equivalent linguistic structures in English, and explores how mind-styles created through such linguistic structures might otherwise be effectively expressed in English translation.

Doctoral project: Translation memory and the effects of text segementation on English-to-Spanish translations by student translators

Analysis of Suzhou Gardens in the context of tourism translation (which may be changed a little during my research).