Serena Cheung, master of the strings 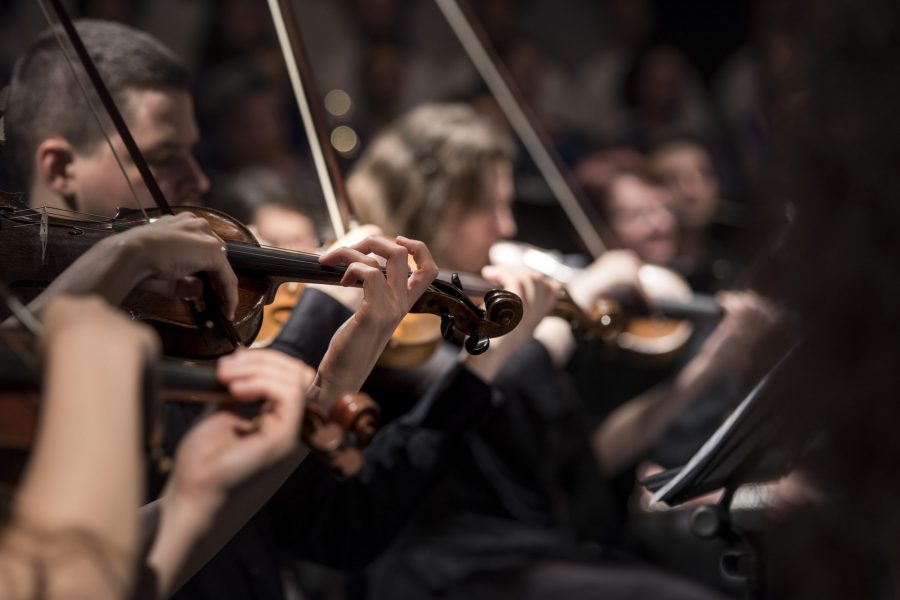 Serena Cheung, a recent Bachelor of Music graduate, started playing violin at age four after seeing her older brother play. The allure of the sleek instrument's frame was enough for Serena to soon pick up playing it herself. Ever since she started playing, she hasn't stopped.

“It’s something I’m really passionate about and I just knew that I wanted to study it at university,” she said.

“I spent most of my time after school practising. I remember practising when I was little. I would not go to bed because I wanted to perfect a passage.”

It was around grade ten when Serena started to think about her VCE subjects and which university courses she might like to do in the future. She realised it made sense to select something she was interested in, and that was definitely music.

“I knew that Monash had quite an established music school, but also that it is very welcoming and accepting. I wanted to be part of the community that they had,” Serena said.

During her undergraduate years at Monash, Serena was under the tutelage of Julian Quirit for 12 years and has been instrumental in Serena's musical development. She also generally found the Monash music staff friendly, supportive and patient with the students. She says the staff always put the time in to ensure the students are doing the best they can.

“I find a lot of music schools out there focus too much on their own [individual] journey. Studying music at Monash, you get to connect with a lot of the students in your own year, as well as those below and above.”

Driven to explore her violin education further, in second year, Serena participated in an exchange to Seoul National University for a semester. Here she discovered a completely different environment with some very driven students.

“They practised around five to six hours per day. Previously I was practising about one hour, but in Korea I was practising as many hours as they were to try to get to their level,” she said. When she came back to Australia, she brought a newfound drive, which pushed the way she practised and motivated her to achieve her goals.

In her third year, Serena went to the New York University (NYU) Summer Strings Program, a two-week intensive summer program with master classes, workshops and private lessons at NYU. At the end of the two weeks, students had to perform a piece that they had been working and are assessed. Serena says hers was a solid performance, adding it was just great to go somewhere where she’d never imagined.

But it was Serena's final recital and her last performance unit which was her most memorable experience, saying it was very rewarding to see how all the work she had done in the lead up  to the recital translated into her performance in the end.

“I had all my music friends there to support me and my teacher was [at the recital] too,” she said.

Detailing her repertoire, Serena said she played a few different pieces, but the Sibelius Concerto – which she had been working on for four years – was the most challenging piece she had to perform.

“I was excited at my final recital. I usually like to transport the nervous energy into something exciting,” she said.

“I think if I put in the hours of practice then I know I’m prepared. Then there’s nothing to be nervous about and I think that’s a mindset that a lot of musicians need to change into.”

When performing, most of the time I’m concentrated on the music. I think with most pieces I have a story in my head, so I usually feel whatever emotions I want. I don’t really focus on the fingers or my bowing, I just let it flow when I play.

When she first started on the violin, she says it was more about doing what the teacher would tell her. A budding musician doesn’t really develop a sense of musicality until their early teens. It’s from here that it starts to develop and students begin to pour emotion into their music.

“I find it really hard for many students to do,” said Serena

“Over the past two to three years I’ve definitely put more expression into my playing and that really changes the way I perform, the way I practice and just the whole way I look at a piece. So rather than just seeing notes on a page, I think it’s more: how does this piece of music make me feel?”

Currently undertaking her Master of Teaching, Serena says she has always been inspired by how teachers, including her own, have wanted to pass on their knowledge, technique and skill to their students.

“I think I’m at that stage where I’m transitioning slowly from not having to rely on teachers,” she said. “It's a big step for many musicians because it’s a very challenging chapter. I’ve been learning violin for nearly over 16 years now. I'm at the point with my lessons where my teacher is trying to push me to be more independent in my thinking and interpretation.”

Serena said she also wants to do classroom teaching, adding that she finds a lot of schools are lacking in music education. “I want to help out because I feel like music education is such an important skill to have. It helps many students concentrate better and it teaches them how to count and to be aware of pitch and sound,”

“A lot of people listen to music every day and I think it’s important that they have some basic understanding of where music comes from.”

“I definitely think music has helped me in this way. It’s helped calm me in many ways and when I need to escape from reality I usually just listen to music.”

While completing her Master of Teaching, Serena has entered several music competitions and has been working on her repertoire. She is also enjoying her continued lessons with Elizabeth Sellers, the Head of Strings at Monash. In semester two she will be joining the Symphonia group.

For the future, Serena wants to do as much performing as she can. “As long as it’s something that I’m passionate about, I think that’s where I’ll be,” she said.