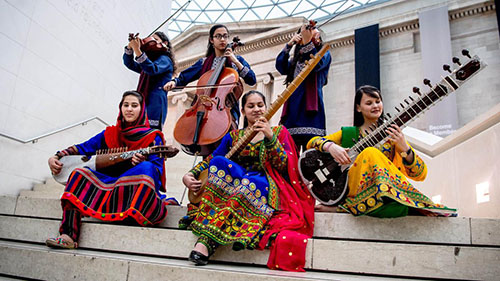 On Saturday 12 October, Afghanistan’s all-female Zohra Orchestra bring their unique blend of classical Afghan and Western instruments to Monash University’s Robert Blackwood Hall on the first stop of their debut tour of Australia. To mark the 50th anniversary of diplomatic relations between Australia and Afghanistan, the internationally acclaimed group present an evening dedicated to generating cultural harmonies and showcasing the nuances of traditional Afghan music in their only Melbourne concert, before travelling to play at the Sydney Opera House.

As students of Afghanistan’s single music school, the Afghanistan National Institute of Music, the Zohra Orchestra’s performers defy cultural norms by using music and education to explore their heritage and identities as artists and women. The Zohra Orchestra is now a globally recognised and respected performing arts group that has travelled and played at prestigious concert halls and gatherings around the world, including to 2,000 world leaders at the 2017 Annual World Economic Forum in Dubai. 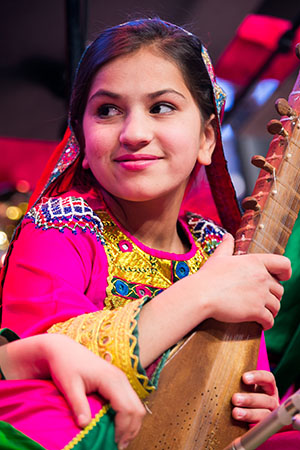 ‘The efforts of the Zohra Orchestra highlight the beauty of Afghan music and the achievements of Afghan women. I am proud to help spread their message of hope across the world,’ said Dr Ahmad Sarmast, Monash alumnus and founder of the Afghanistan National Institute of Music.

In a special dialogue during the performance, Professor Jacqui True, Director of the Monash Gender, Peace and Security Centre, and Dr Sarmast will discuss why music is essential to peace, gender equality and hope in Afghanistan.

‘This performance is Melbourne’s chance to experience how girls and young women in Afghanistan have been able to use music to shape their identity and participate in public conversations about their hopes and dreams for a peaceful future in their country,’ said Professor True.

This event is presented in collaboration with the Embassy of the Islamic Republic of Afghanistan in Australia, the Monash Gender, Peace and Security Centre, and the Sir Zelman Cowen School of Music at Monash University.