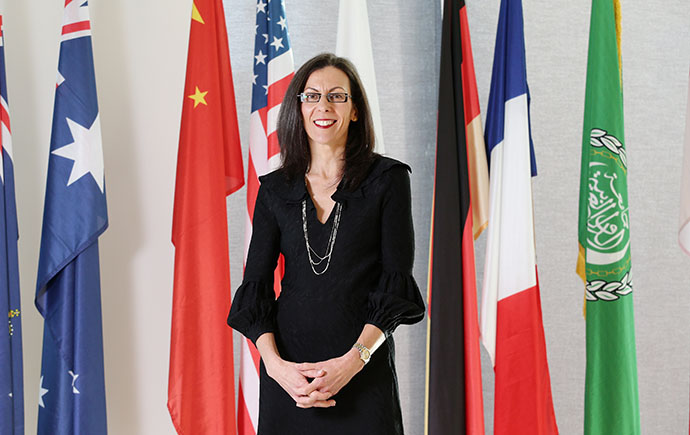 China has a system of first to register, so get in early.

A digital marketing strategy is essential in China. It is a country where digital pervades every aspect of life; shopping, payments, education, tourism, business. WeChat has 1 billion users. Nearly 500 million people shopped online in China and 70 per cent of them did so on a mobile phone.

4. Adapt to the Chinese market

Don’t just replicate what you have done in the West – that was the mistake of many big US companies such as Google, Mattel, eBay, Home Depot and Uber, that failed to nuance their offering and understand the Chinese market. Sogou is one of the major search engines in China after Baidu and it is essentially a conglomeration of reviews.

And it’s important to keep abreast of latest trends such as the New Retail being offered by Alibaba’s HeMa Fresh which is a mix of online and offline retail.

At the 19th National Party Congress, the Chinese Government prioritised consumption, health and wellbeing, the environment and infrastructure.

Linking these priorities and associated initiatives such as the Belt & Road and the China International Import Expo can open doors.

Also understand social phenomena like Alibaba’s Singles Day on 11 November which last year clocked up a record of $33 billion of online sales in 24 hours.

Belligerent and rushed negotiations are seldom successful. Confrontation and causing loss of face is also disastrous for business.

The Chinese take a long-term view, and companies that have patience will fare better. The recent Westpac Australia China Business Sentiment Survey revealed that Australian companies that had been in China longer were more profitable.

10. Test the Chinese market in Australia

You can effectively test the Chinese market right here in Australia.