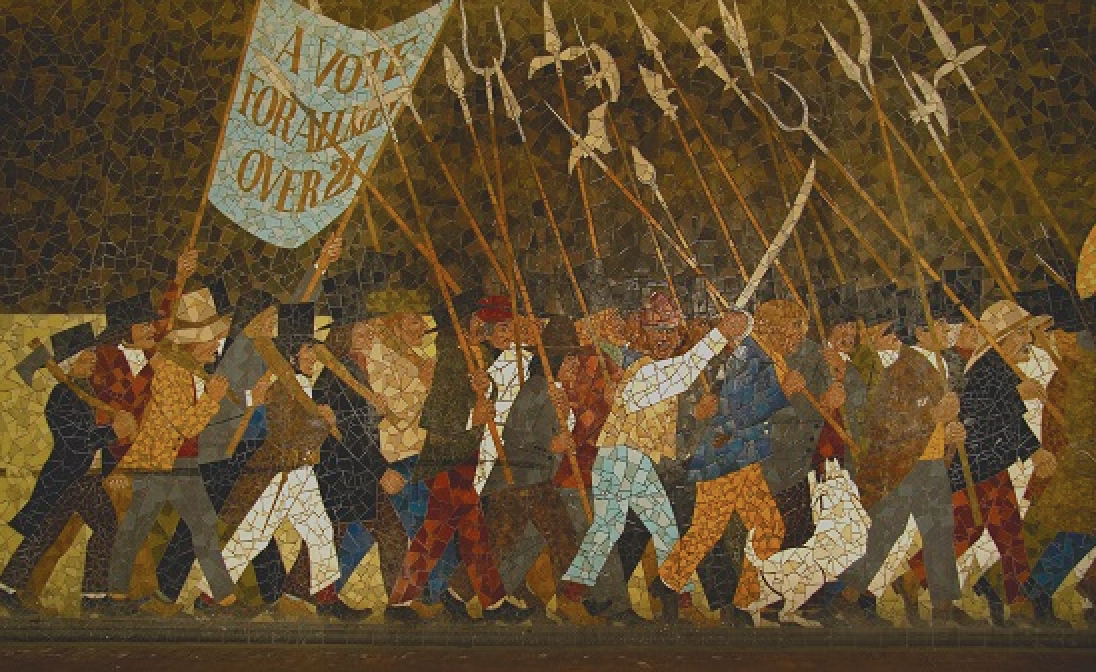 An international project led by Monash University has found convicts sent to Australia engaged in collective action for better pay and working conditions as early as the 1820s, demonstrating the origins of unionism and the labour movement go back further than first thought.

Conviction Politics, a four-year international collaboration between Australian, British and Irish universities, museums, archives and trade unions found through strikes, refusals to work and eat, mass escapes and even mutiny and forming unions, convicts demonstrated the early emergence of political and social democracy in Australia, with collective action in the 1830s on a par with the great strikes of the 1890s.

The findings have been collated in a first-of-its-kind digital history project, launched by ACTU Secretary Sally McManus on 2 December 2021, with the reveal of an extensive online transmedia hub curating mini-documentaries, data visualisations, short and long reads and music.

The event was part of The UK/Australian Season 2021-22, a collaboration between the British Council and the Australian Government’s Department of Foreign Affairs and Trade.

Conviction Politics - through innovative media produced by Roar Film - captures the political impact and collective labour resistance brought to Australia by British and Irish convicts as well as Indigenous convicts from Australia, New Zealand and elsewhere who resisted the British Empire.

The project is led by Associate Professor Tony Moore from Monash’s School of Media, Film and Journalism.

“Conviction Politics draws a new progressive line from Australia’s colonial past to the present, demonstrating links between protestors and reformers that made a profound mark in both their homelands and place of exile, explaining why egalitarianism and solidarity are deep in our DNA,” said Associate Professor Moore.

“Our convict legacy of exploitation and resistance to that treatment has much to teach us in this political moment – when almost 2.5 million Australians are employed as casuals, when unions and wages are under attack from politicians and some businesses, when the automation and surveillance of workers is intensifying, when housing is once more unaffordable for many, and when citizens’ rights are being eroded in the name of national security.

“Essentially, this project reveals the forgotten champions of the rights modern Australians and Britons take for granted, and brings Australia’s history to life for the next generation.”

Of the political prisoners transported from the British Empire to Australia from 1788-1868, there were journalists and political activists accused of sedition, as well as industrial and rural protestors, trade unionists, rebels and revolutionaries, many of whom became reformers, trade union organisers, media influencers, agitators and even government leaders in their place of exile.

The project is distinctive for its interdisciplinarity and strong digital media approach, bringing together media and historical studies experts with information technology and design scholars from Monash's innovative SensiLab to produce interactive data visualisations and immersive virtual and augmented reality experiences of Australia’s convict past.

“Australia’s first industrial crisis resulted in significant gains for convicts, placing the nation on a much more democratic trajectory than would otherwise have been the case,” said Professor Hamish Maxwell-Stewart from the University of New England who is part of the project.

“The conclusion of the first stage of the project and the creation of the transmedia hub is representative of Conviction Politics’ ability to overcome international borders and institutional silos, a sign of hope that creative collaborative work could continue during lockdowns in the pandemic,” Associate Professor Moore said.

Conviction Politics: Investigating the Convict Routes of Australian Democracy, was funded by an ARC Linkage project grant of $757,205 over four years, with a further $310,000 cash funding and $1,094,251 in-kind contributed by industry partners, including screen production house Roar Film, the NSW Teachers Federation, The Union Education Foundation, Tasmanian Archive and Heritage Office, the Australian Manufacturing Workers Union, The Tasmanian Museum and Art Gallery, the National Museum of Australia, and in the UK the Trade Union Congress, the People's History Museum and the National Records of Scotland.

Click on the photo to view it in high resolution.