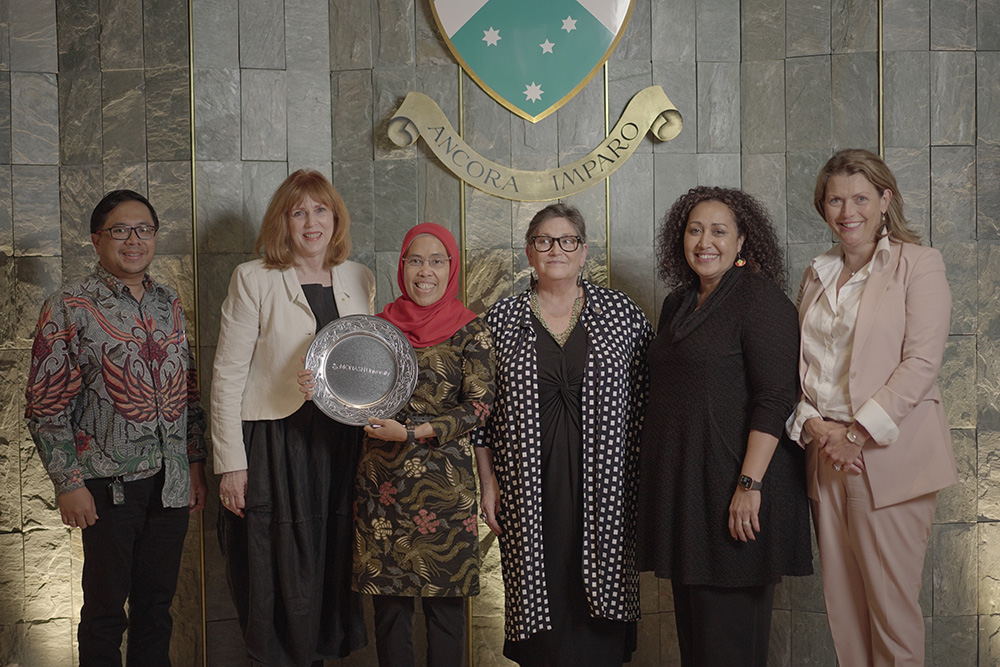 Bringing together an interdisciplinary, multilingual team, Global Encounters and First Nations People: 1000 years of Australian History explores encounters between Australia’s Indigenous peoples and voyagers from the sea over the period of a millennium.

By synthesizing historical, archaeological, anthropological and linguistic sources from Australian and European collections, the project will reconstruct Australia’s role in global exploration, recast Australia’s history, and inform debates over Australia’s national identity and the urgent need for reconciliation with our First Peoples.

‘Lynette is a tireless advocate for Indigenous social justice,’ said Professor Pickering. ‘Her frequently collaborative and interdisciplinary research focuses on developing an anthropological approach to the story of the past, challenging not only what we know but how we know it.’

‘This Global Encounters project will radically shift Australia’s historical awareness by concentrating on the dynamic history of encounter between First Nations peoples and ‘outsiders’ over the millennium,’ said Professor Jacinta Elston.

Acting Consul General Ibu Muniroh Rahim spoke to the value of the project in amplifying global understandings of the historic connections between Australia’s First Nations peoples and their neighbours.

‘We need to strengthen Australia-Indonesia relations not only as the two closest neighbouring countries, but also the two countries with the longest historical relationship, which were started by our ancestors as early as the 18th century, or even earlier. We welcome research projects that will strengthen cooperation between the two countries.’