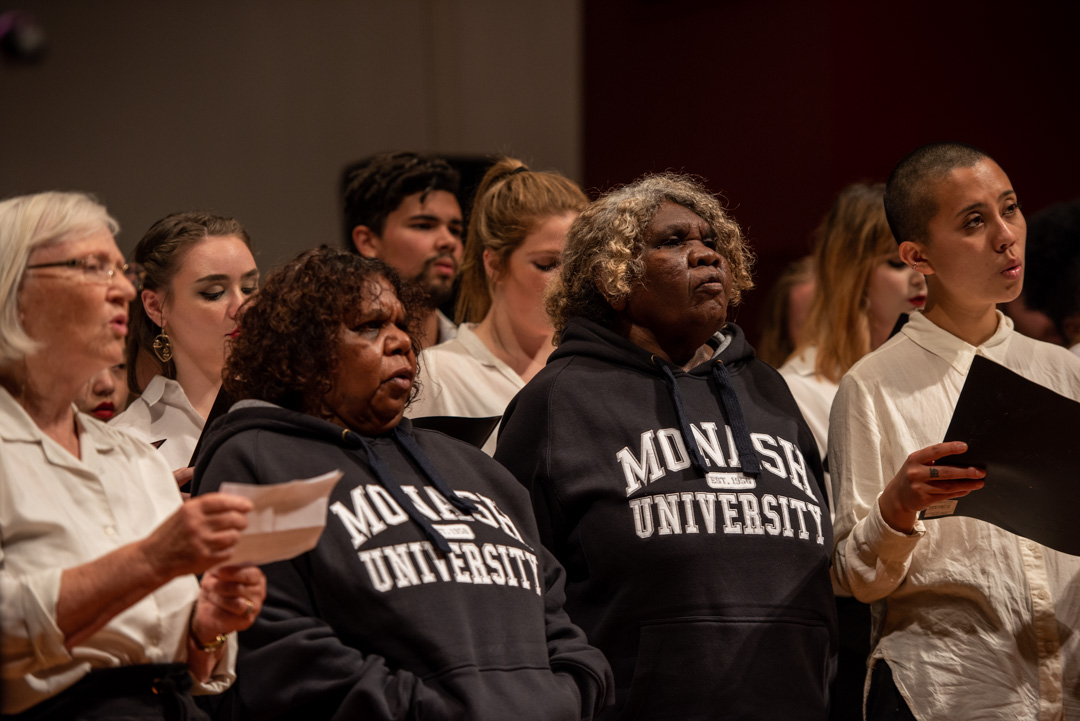 In 2019, the Year of Indigenous Languages, the Sir Zelman Cowen School of Music dedicated one of their leading ensembles, the Gospel Choir, to the task of learning and performing songs written in four different Australian Aboriginal languages. 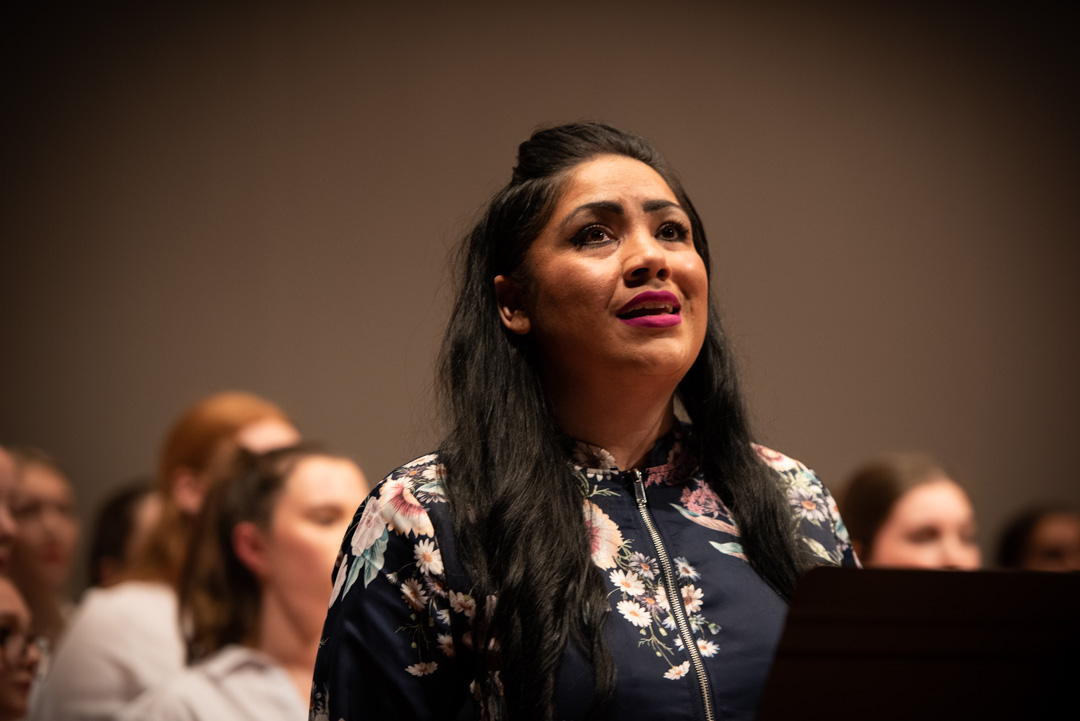 Under the direction of Ashlee Clapp, a composer who works regularly in remote Indigenous communities, students have worked to learn the pronunciation and nuances of singing lyrics in languages including Wiradjuri and Pitjantjatjara. Wiradjuri soprano Shauntai Batzke (pictured right) leant her expertise to the rehearsals, further illuminating details of the musical works.

On the eve of Reconciliation Week, the choir conducted a workshop featuring two special guests from the township of Areyonga, a small Indigenous community situated two and a half hours drive west of Alice Springs. Hilda Bert and Sandra Windy (pictured above) are both members of the Central Australian Aboriginal Women’s Choir, which reached global prominence through the documentary film Song Makers.

During the workshop, Hilda and Sandra shared stories of their ‘desert culture’ as well as the background to the songs the students were learning to perform. They explained the importance of Gospel music, in particular Lutheran hymns, to the current day music making of central Indigenous Australian women.

The experience proved unforgettable for the School of Music choir members. ‘It was a really enjoyable experience to sing music in a range of Indigenous languages for the first time,’ said Alice Clevely, Classical Voice student. ‘I loved learning about the importance of music in the lives of the Areyonga ladies, and learning the family history behind the songs.’

The program culminated in a performance in the School of Music auditorium, where Hilda and Sandra joined the choir on stage to sing a song written by a member of their Areyonga community.

The Central Australian Aboriginal Women’s Choir’s director Mr Morris Stuart and his wife Barb, also joined the choir and extended an invitation for the Monash University Gospel Choir to perform at the Desert Song Festival in Alice Springs in 2020.