How reclaiming Indigenous Australian languages gives power to the people 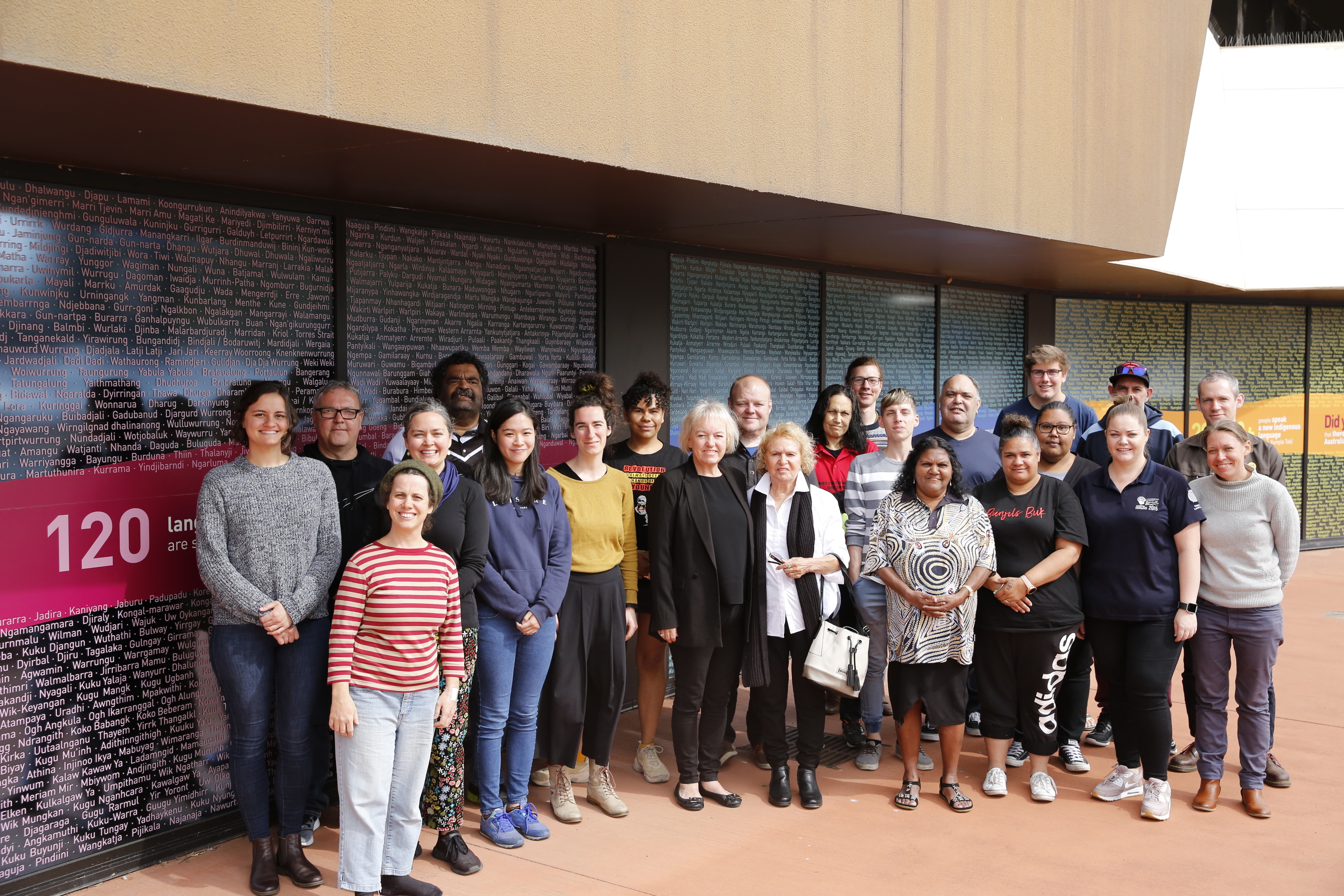 Language is fundamentally connected to identity and culture. If a language disappears, a person can significantly lose their sense of self and historical knowledge of their community.

As many Indigenous languages in Australia were forbidden by early language policies that only allowed the use of English, they have either been lost or lain dormant for generations. Alice Gaby, Associate Professor of Linguistics at Monash Arts, is supporting Indigenous communities fighting for their reclamation.

Along with colleagues from Living Languages and the Australian Institute of Aboriginal and Torres Strait Islander Studies (AIATSIS), Alice developed Paper and Talk, a two-week workshop that aims to help revive languages from five Aboriginal communities across Australia: Anaiwan (NSW), Wakka Wakka (QLD), Yorta Yorta (VIC), Ngunnawal (ACT) and Wergaia (VIC). Held last month, the workshop gave language researchers from these Aboriginal communities the opportunity and skills to access archives and transform them in to usable language resources.

‘This project reconnects communities with their linguistic inheritance and provides them with the skills and resources to take words off the pages of an 1800's surveyor's notebook and get them into the mouths of the kids in that community,’ said Alice.

Participants in the project were able to accumulate language information, and develop useful resources for their communities, including word lists, pronunciation guides, in-progress dictionaries, story books, teaching aids and an app. ‘We wanted to give people the opportunity to reclaim and repatriate these materials, but also to give them the skills to interpret what they found – to make them accessible and useful to their communities,’ said Emma Murphy, Training Director at Living Languages. ‘Many participants were also able to recover family histories and photos, which was really powerful.’

Caroline Hughes (pictured centre left), a researcher of the Ngunnawal language from the ACT, found the workshop revelatory. For Caroline, participating in the workshop was ‘like finding a treasure chest we didn’t even know was hidden.’

‘We’ve seen a one-way flow of Indigenous knowledge - of language and more - from communities into universities and archives over the last 200 years,’ said Alice. ‘This project is an attempt to reverse that flow, returning knowledge to the communities it originated from.’

This project was conducted thanks to the support of ILA (Indigenous Languages & Arts, Department of Communications), the Yitpi Foundation, the Victorian Aboriginal Corporation for Languages, the National Library of Australia, the National Archives of Australia, and a team of dedicated volunteers. Images courtesy of Daniel Walding (AIATSIS).