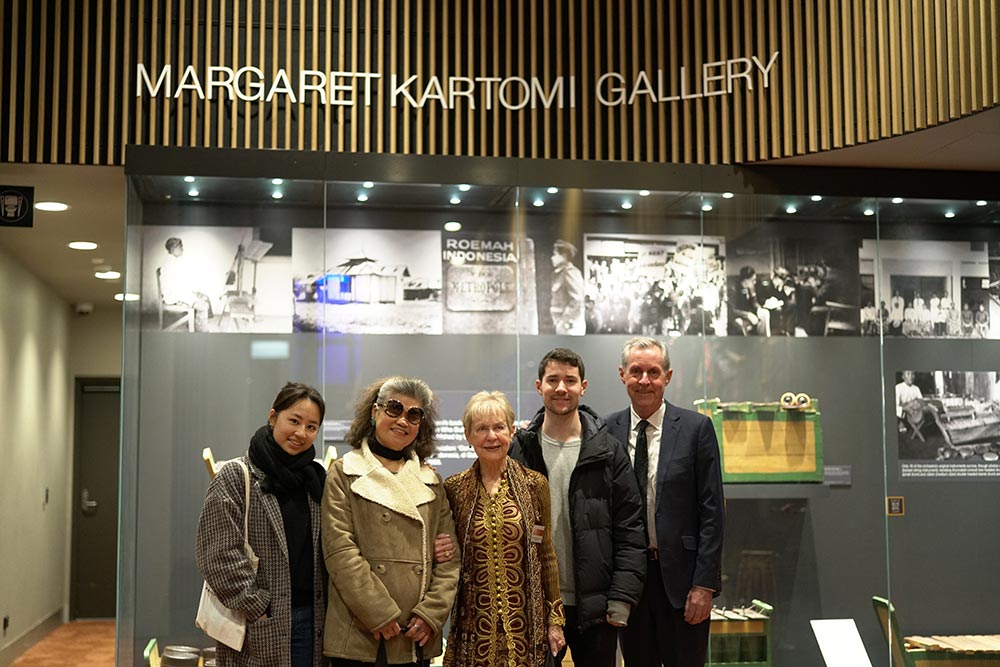 Emeritus Professor Margaret Kartomi and attendees at the Exhibition launch.

On Tuesday 2 August the Faculty of Arts hosted an exhibition celebration with live musical performances and speakers including the Consul-General to the Republic of Indonesia for Victoria and Tasmania, and Monash academics and alumni. Hosted by Emeritus Professor Margaret Kartomi, Director of the Music Archive of Monash University (MAMU), the event opened with an official welcome by Professor Katie Stevenson, newly appointed Dean to the Faculty of Arts.

Professor Stevenson spoke proudly of Monash University’s concentration of expertise in the study of Indonesian language and culture, calling the new music archive exhibition “a particular jewel in our crown”.

She emphasised Monash University’s commitment to deepening cross-cultural connections through music and other performing arts, and the high priority on which maintaining a strong relationship with Indonesia is placed. Monash University’s relationship with Indonesia started with the earliest Colombo Plan's scholars in the 1960s and was reinforced earlier this year when Monash opened their first campus in Jakarta; the first foreign university to do so. Mr Kuncoro Giri Waseso, Consul-General to the Republic of Indonesia for Victoria and Tasmania, spoke of the extraordinary calibre and importance of instruments in the exhibition.

"I am amazed by the rare collection of Indonesian musical instruments owned by Margaret Kartomi, and the historical beacon of the gamelan digul," Consul-General Waseso said.

The historically significant gamelan digul is possibly the first ensemble of instruments from Southeast Asia to reach Australia. In 1927, Indonesian anti-colonialists in the Boven Digoel Dutch prison camp cut down timber and tuned pots and pans to make an ensemble of gamelan instruments. Monash University’s gamelan digul has been played in various concerts and productions, now 100 years old it is too fragile to be played anymore. 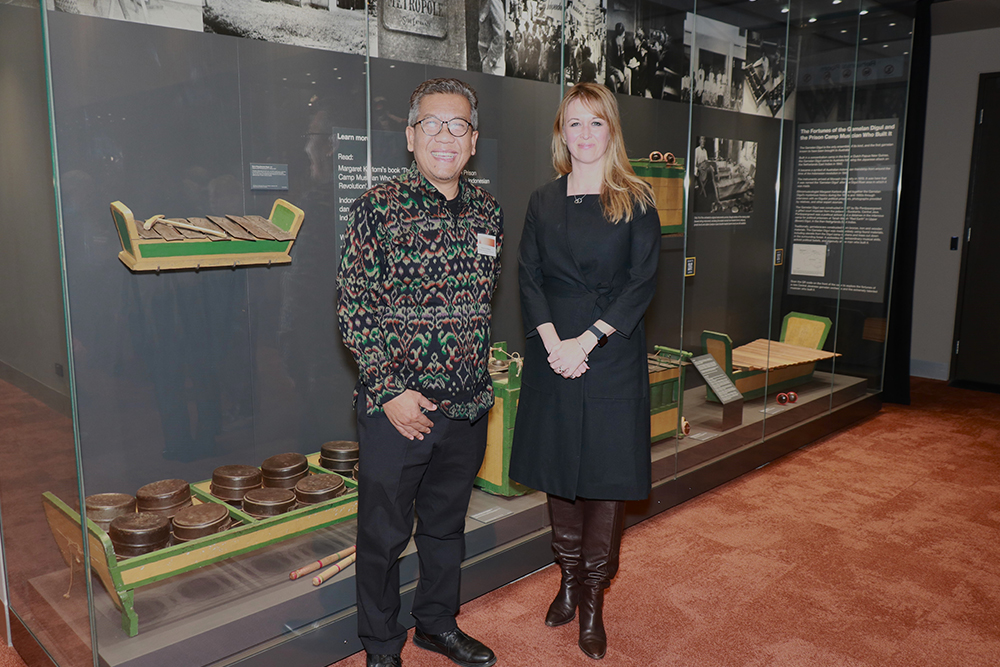 Emeritus Professor Kartomi’s presentation explored in detail the various Lampung artefacts displayed in the gallery. The belief is that the Lampung people came from Southern Vietnam by boat 2000 years ago, and that these vessels harbour symbols of the whole culture. MAMU’s talo balak ensemble features a carved design of a boat, as well as ancestral figures, and an elephant – a very important ancient symbol in the area. A model of a traditional dancer is depicted with long fingernails, which emphasise the mudras of the elegant hand, finger, and wrist movements of the dancers. In Lampung today, the most popular instrument is the previously rare, gambang, made from a variety of bamboo in the Northwest Forest and an official musical symbol of the province of Lampung.