Professor Tony Moore from the Monash Arts School of Media, Film and Journalism has been awarded a significant ARC Linkage Grant for a major international digital history and media project exploring the convict roots (and global routes) of Australian political and social democracy. Titled ‘Conviction Politics: Investigating the Convict Routes of Australian Democracy’, the project has secured $757,205 over four years, with a further $310,000 contributed by the project's industry partners, including screen production house Roar Film, unions, museums, archives and universities from Australia, the UK and Ireland. 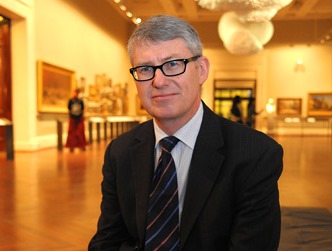 From 1788 to 1868, 3600 political prisoners were transported from Britain, Ireland, Canada and other parts of the Empire to Australia. This rag tag bunch included journalists and political activists accused of sedition, as well as industrial and rural protesters, trade unionists, rebels and revolutionaries, many of whom became reformers, media influencers, agitators and even government leaders in their place of exile.

By analysing digitised convict records, Professor Moore (pictured) and his team have revealed that that the mass of 164,000 ordinary convicts were from the earliest decades of the Australian colonies engaged in collective action for better pay and working conditions, through strikes refusals to work and eat, mass escapes and even mutiny and forming unions as early as the 1820s.

Through use of data mining techniques, Conviction Politics’ will map the political impact and collective labour resistance brought to Australia by these convicts and share its findings through an online transmedia hub featuring 100 smart phone friendly mini documentaries; an interactive atlas’ convict songs, poetry, novels, pamphlets and art; educational resources; and materials for a travelling digital exhibition.

At a time when journalistic free speech and workers’ rights is dominating public debate, the project seeks to reveal the forgotten champions of the rights modern Australians take for granted, and bring Australia’s history to life for the next generation.