Silence is compliance and actions speak louder than words: Breaking the Bias 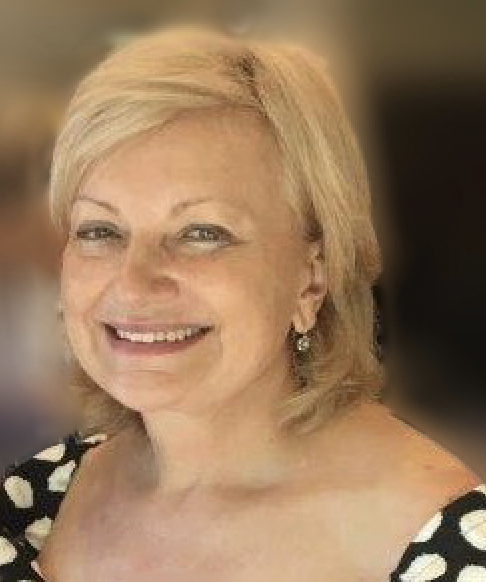 We spoke to the Honourable Dr Sharman Stone, Professor of Practice in Gender, Peace and Security, about this year’s International Women’s Day theme, #BreakingTheBias, and how a career in parliament can provide opportunities to put this message into action.

Here’s what the Hon. Dr Stone had to say:

Activism has to be more than retweeting or “liking“ another’s pithy contribution with gender hashtags on social media. You can feel engaged, enraged and virtuous, communicating with people like you, but the contribution may disappear with the swipe of a finger.

Gloria Steinem, a courageous feminist pioneer, described activist leadership as more than responding to public opinion. She personally wanted to change it. She wrote that a leader did not put her finger to the wind, she became the wind.

We can all choose to be outspoken and proactive, calling out and never tolerating sex discrimination, violence and abuse. Breaking the silence may come at a great personal cost, however, see the experiences of Brittany Higgins and Grace Tame, but imagine this world if the victims remained silent.

You can choose to be a person who not only calls out unacceptable attitudes and behaviours, you can also look for solutions, create a network of allies and be an agent for change for the good.  Yes, this could take up precious me-time and it also requires hard work, tenacity, courage, sacrifice of personal space, and a strong grasp of the facts. You may need some expert media training, then good media contacts and knowledge of the law.

Some of those who now command the heights will want to discredit attempts to change the customary patriarchal order which foments discrimination and abuse. Some will talk about the importance of “merit” and the shaming “token” label. They see women’s political and economic empowerment as a zero sum game, not an enlargement of the pie.

Advocates who break the silence, who do not walk past disrespect, discrimination and abuse, will need allies to help protect and sustain them. You will find these allies in the Monash alumni, in your neighbourhood, in civil society, and even online. With allies and like-minded networks your voice will be amplified and resources shared and new solutions and ways to cut through will be found.

A feminist leader can use gender quotas to create a more inclusive and diverse workforce or introduce gender blind recruitments. They can make salary packages public and transparent and abolish confidentiality clauses in the settlement of any harassment or similar conflicts.  Feminist executives can make sure there is resourcing of independent, confidential work place processes for victims or whistle-blowers reporting abuse, that also eliminate job repercussions or backlash.  They can incorporate zero tolerance into employee’s regular performance evaluations that identifies any episodes of sexual harassment, bullying, or violence, or unusual rates of job vacancies or leave taking by their staff reports. The consequences for sexual harassment or bullying continuing after counselling and training can be made career limiting or even grounds for dismissal.

Some executive activist leaders have created workplace flexibility with part time work, job sharing and parental leave policies that promote sharing of the unpaid carer role, so the division of labour and stereotypes about the woman’s place in society and her willingness or capacity to fully participate are challenged and overturned.

The gender equality activist leader can insist on regular human rights and gender justice training by experts for all new and ongoing workers. Victims can be supported with appropriate leave, job security, ongoing counselling and advice, whatever their choice. Gender equality outcomes can be incorporated into management’s KPIs.

Women who choose to become outspeaking, action taking advocates and change agents need our unwavering private and public support. We should join them in the fight, not experience the struggle vicariously through their reported efforts.

So you want to be elected to challenge the bias?

Our democracy needs you to be honest to yourself about your motives and influencers in deciding to contest a seat in parliament.  Ask yourself why you want to be elected, where and why now, at this stage in your life?  Consider what you think you could achieve as a politician compared to continuing as a civil society activist. What are you going to tell party preselectors or would-be donors when they question your intent? Will you tell them that your aim is to improve governance so it becomes more ethical, inclusive, diverse, transparent, accountable and just, even if it means defying those well served by the status quo? Are you prepared to challenge the policies of your own party or the populist thinking of constituents to achieve a more just society? How do you define that? How do you know you are right? How will you measure your success?

One parliamentary pathway to breaking bias.

Every day of my 20 years as The Member for Murray was an honour and a privilege to serve. When they clashed, my constituent’s or women’s interests took precedence over my party leadership’s position or expectations that members toe the line.

I “crossed the floor” when I considered it necessary.  I opposed my party and its leadership in defence of women’s sexual and reproductive rights, their disinclination to save my key industries and a failure of environmental and water planning in the Murray Darling Basin.  Such actions do have career consequences but I managed to achieve change and kept the strong support of my electorate, reflected in the 20% margin.

Recognising my gender activism the Prime Minister appointed me Australia’s Global Ambassador for Women and Girls focussing on the Indo-Pacific after my time in the parliament. I am now privileged to be a Professor of Practice in Gender, Peace and Security at Monash.

So my advice to those wishing to be elected is to reflect deeply on your character,  motivations and values. Then embrace the challenge with all your energy and intellect.

Read more about the Hon. Dr Stone’s work on the Monash Gender, Peace and Security website.

Read more inspiring words from women and allies who work at Monash Arts on our International Women’s Day webpage.