The West Tombs are located within Enclosure 4 (Area D/7). These tombs were monumental and constructed in classical style. They pre-date Enclosure 4 and were probably built during the first centuries of Roman rule. Only parts of their sandstone pavements remain, which were built upon mud-brick platforms and approached by flights of sandstone steps. The two tombs had central chambers, but only that of West Tomb 1 is preserved.

Both chambers were surrounded by a peristyle colonnade and both also had subterranean, barrel-vaulted chambers, accessible via shafts. This architechtural style is unlike that of any other structure in the oases of Dakhleh or Kharga and is largely non-Egyptian in character. Almost one dozen human interments were discovered in West Tomb 1; however, they appear to have been interred in the late 3rd or very early 4th century, and all had been disturbed. 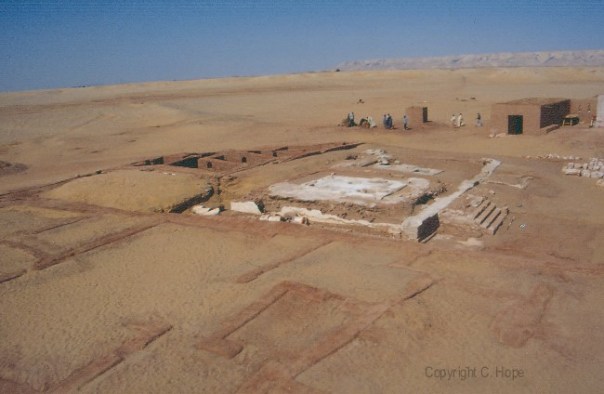 The following link contains a detailed report on the West Tombs, written by C. A. Hope and J. McKenzie: 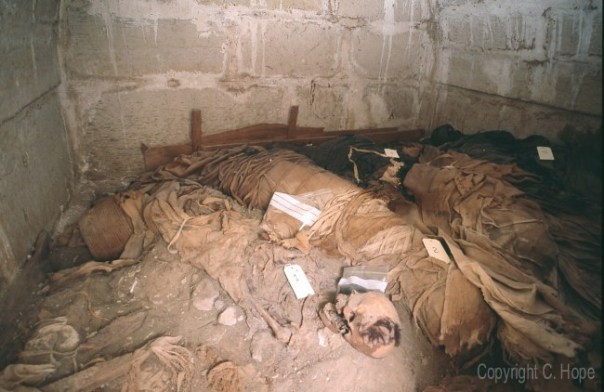