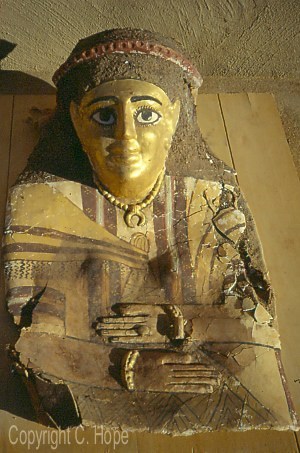 The two cemeteries associated with Kellis are located north of the settlement on either side of the northwest wadi which runs from the northeast to the west of its boundary. The West Cemetery (DOP number 31/420-C5-1), also referred to as Kellis 1, consists of a large number of small chamber tombs which are cut into a progression of low-rise mounds west of this wadi.

Studies of the ceramic material and objects found in the tombs indicate that they were in use from the Ptolemaic Period into the early Roman Period. The entrances to most of the tombs were brick-lined or provided with door jambs and a lintel built with roughly-hewn sandstone, and many entrances were blocked with a sandstone slab. All of the tombs contained multiple burials, many of which were secondary and added after the initial tomb interments. A substantial number of bodies were mummified and many were provided with painted and gilded cartonnage. Significant quantities of burial goods were also found in the tombs.

The East Cemetery (DOP number 31/420-C5-2), or Kellis 2, is located on the broad plain east of the same wadi and consists of simple rectangular pit graves that were cut into the red Nubian clay. Some of the graves have low mud-brick superstructures and several of these graves are contained within two larger mud-brick enclosures, both of which are preserved only to a few courses high. The graves that have been examined thus far have contained a single inhumation which was wrapped in linen cloth and in almost all of the graves there have been few burial goods found. In some instances however, the entire grave pit was covered with pottery.

The following link contains a detailed report on the Kellis cemeteries, written by M. Birrel:

Excavations in the Cemeteries 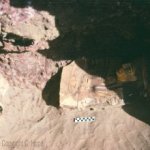 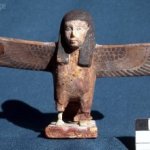 Kellis 1 cemetery: painted wooden ba figurine from one of the tombs. 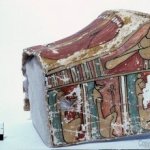 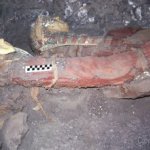 Kellis 1 cemetery: two interments in situ with gilded cartonnage; a child at the forefront. 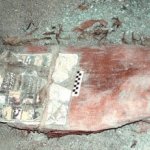 Kellis 1 cemetery: an interment in situ with gilded cartonnage. 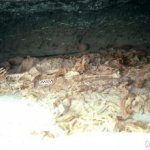 Kellis 1 cemetery: view of the interior of Tomb 8 showing burials amongst linen wrappings. 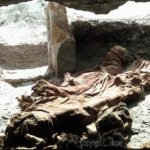 Kellis 1 cemetery: view from the interior of Tomb 8 showing interments near the entrance. 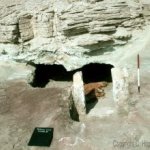 Kellis 1 cemetery: view of the entrance to Tomb 8.

Kellis 2 cemetery: a rectangular grave pit (29) typical of the east cemetery, but covered with large storage vessels and pigeon-nesting pots. 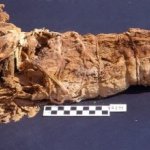 Kellis 2 cemetery: skeletal remains of a child wrapped in linen.